One of the challenges for Week 7, Season 4, of the Battle Pass for Fortnite Battle Royale requires players to search chests in Risky Reels. Here are all of the known locations.

June 14th marked the start of Week 7 for Season 4 in Fortnite Battle Royale which means that Epic Games has now released seven new challenges for Battle Pass owners to complete.

Completing the challenges will earn players a significant boost in XP, help them level up through the 100 tiers for Season 4, and earn new skins, items, and other cosmetics.

If you’ve noticed a sudden influx of people dropping in the North Eastern area of the map, it probably has something to do with one of the easier challenges for Week 7: to search seven chests in Risky Reels.

While most veterans of the game will already have a mental map of Risky Reels, and most of its chest locations, some newer players might be struggling to find and open them before all the other people that have dropped in the same spot.

Luckily, the guys over at Fortnite Chests have you covered. The screenshot below shows all of the known chest locations for the location, but remember that they won’t all spawn every time. 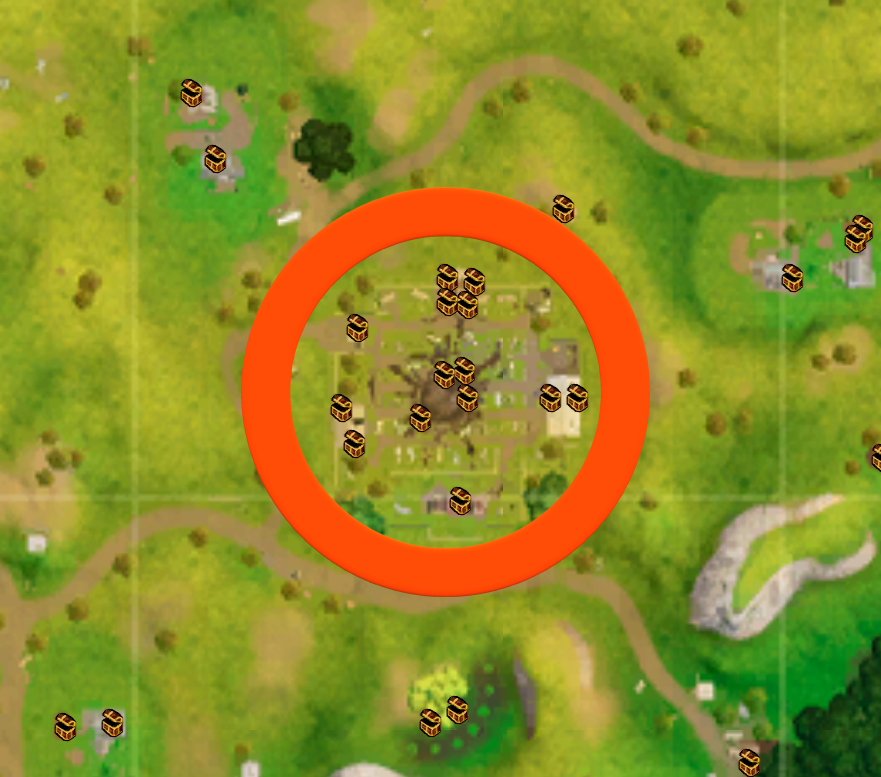 If a lot of people are dropping at Risky Reels, you may need more than one game to open all seven of the chests required to complete the challenge.

As always, ensure that you finish each game by being eliminated or getting the Victory Royale, or your challenge progression might not be saved.