The highly anticipated return of the Guided Missile in Fortnite: Battle Royale will be taking place very soon.

After being sent to the vault months ago for being too overpowered, Epic is finally adding the weapon back into the game.

The in-game Message of the Day announcement screen on July 30 now includes the Guided Missile, which has been labelled as “coming soon.” 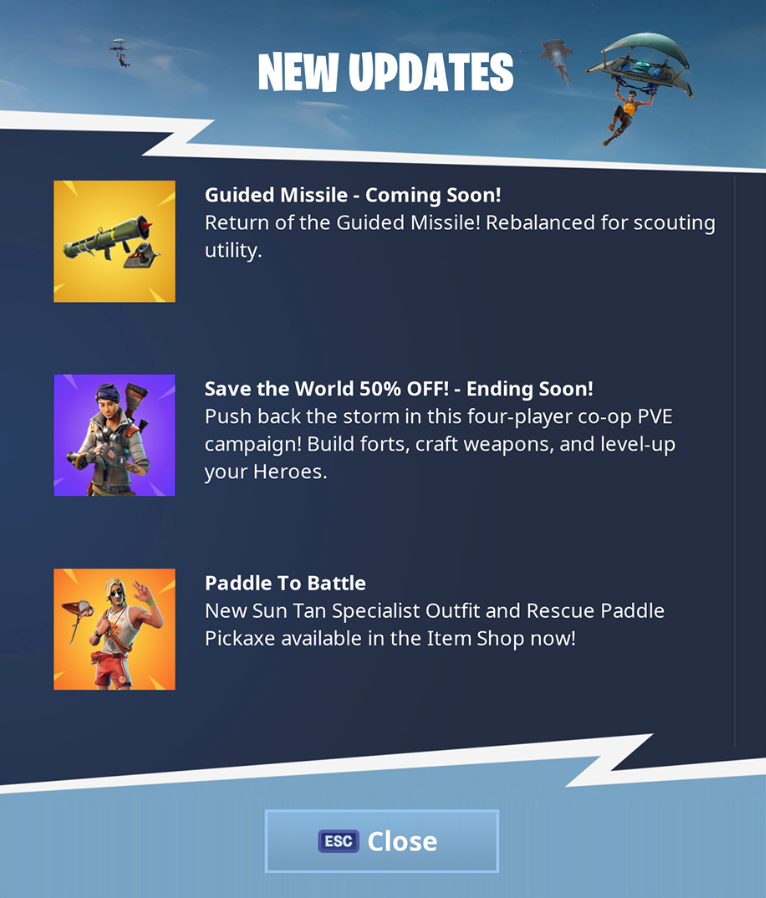 However, this version of the Guided Missile will be significantly different than the one that was vaulted months ago.

Epic has made some notable changes to the weapon’s core mechanics, transforming it from a powerful attacking option to more of a scouting tool.

Here are all the changes that have been implemented into this new Guided Missile, as described in the July 27 Fortnite Dev Update video.