New release date and time announced for v6.21 update in Fortnite – what to expect [UPDATED]

Epic Games have announced the date and time for when the upcoming v6.21 update in Fortnite is expected to be released.

The update is scheduled to go live on Thursday, November 1 at 1 AM PT / 4 AM ET / 8 AM BST and will require downtime, which means that matchmaking will likely be disabled 20-25 minutes prior.

This update will be the fifth update in Fortnite since the start of Season 6, and the first since the Fortnitemares in-game event began last week.

As with all previous updates, players will have to wait until the downtime for the patch notes to be released about everything that will be included in this latest patch.

However, one thing that is expected to be added via this update is the new “gravity defying” balloons that can be seen in the pre-lobby announcement screen when loading up Fortnite Battle Royale.

As the tweet above hints at, these balloons will allow players to float above the map in Fortnite, and the more balloons a player possesses, the higher they can soar. 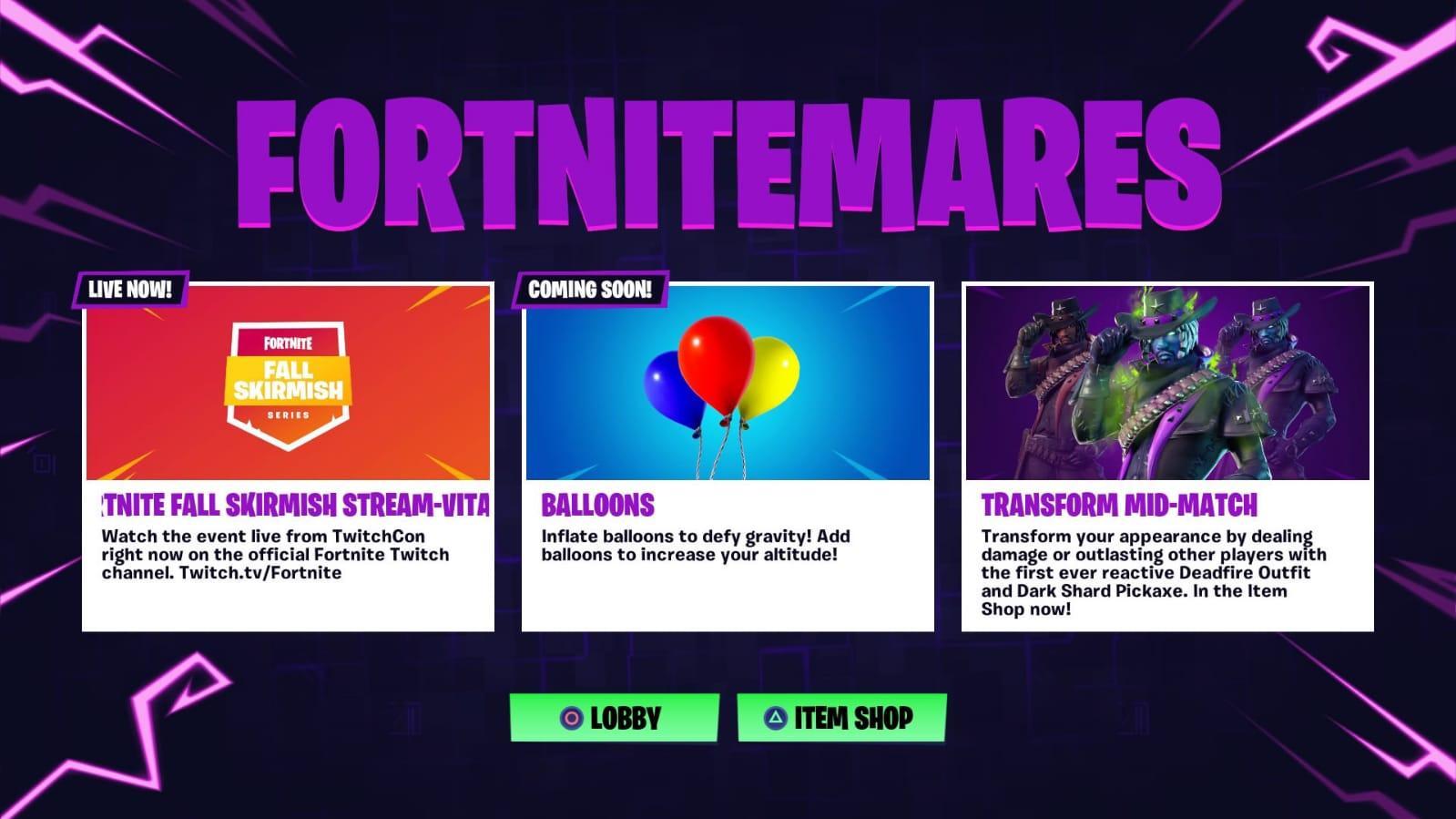 In addition to this new item, players can also expect new cosmetic items to be added via this update, which data miners will likely locate and leak shortly after it goes live.

Make sure to follow us @Dexerto and monitor the Dexerto Fortnite page as we will provide details on any leaked cosmetics, the full patch notes, details on all changes, and more.

UPDATE – The update was originally set to go live on October 31, but a “last minute issue” has forced Epic to reschedule the release to November 1.