The second week of v9.01 update for the popular battle royale title officially dropped on Wednesday, May 15, and saw the introduction of the new Tactical Assault Rifle weapon, alongside a much-requested nerf for the Drum Gun.

Just one day later, fans of the game will have a brand new set of seven weekly challenges to complete, with each Battle Star crucial for those hoping to rank up their Battle Pass and earn the rewards for all 100 tiers.

One of Week Two’s challenges requires players to visit three large items which have been scattered across the game’s map. If you’re struggling to find the oversized phone, big piano or giant dancing fish, here’s a handy guide that should point you in the right direction. 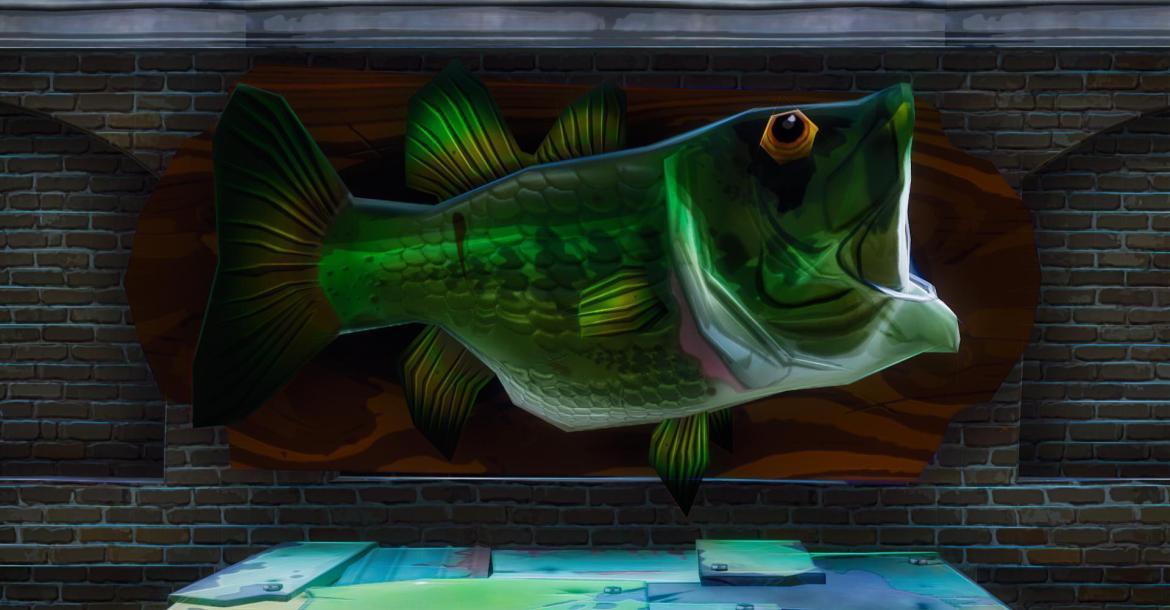 Players will be hunting for a number of large items scatted across the map.
[ad name=”article2″]

How to complete Fortnite Battle Royale’s “Visit an oversized phone, a big piano and a giant dancing fish trophy” challenge

Where can you find an oversized phone?

This challenge is divided up into three sections, although thankfully they don’t need to be completed in a specific order to earn your Battle Stars.

First up, players need to visit one of the giant telephones that were introduced by Epic Games last season. In Season 8, players needed to use the phone to call one of the fast food restaurants that feature in the game, but this time all you need to do is visit one. 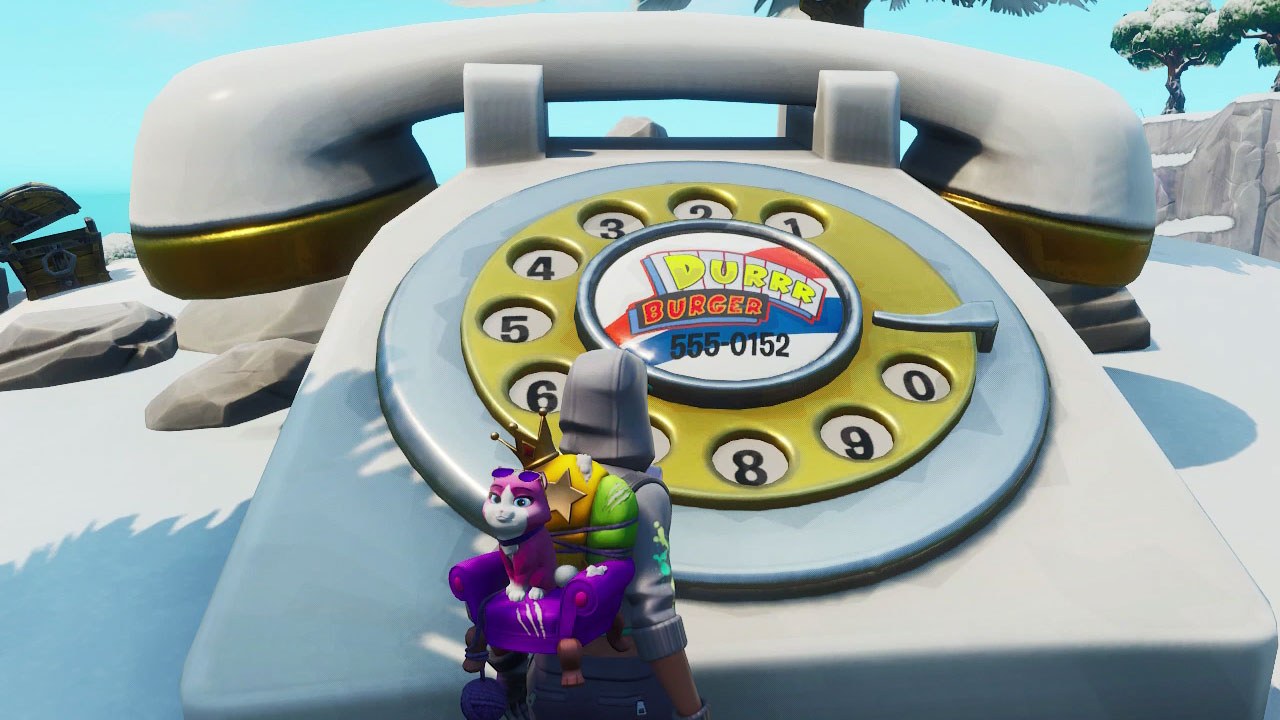 Oversized Phones were first added to the game in Season 8.
800[ad name=”article3″]

These phones have remained on the game’s map since their introduction, and thankfully there are multiple phones on the island, so if you want to go the closest one based on the flight of the Battle Bus, you can use this map to locate it. 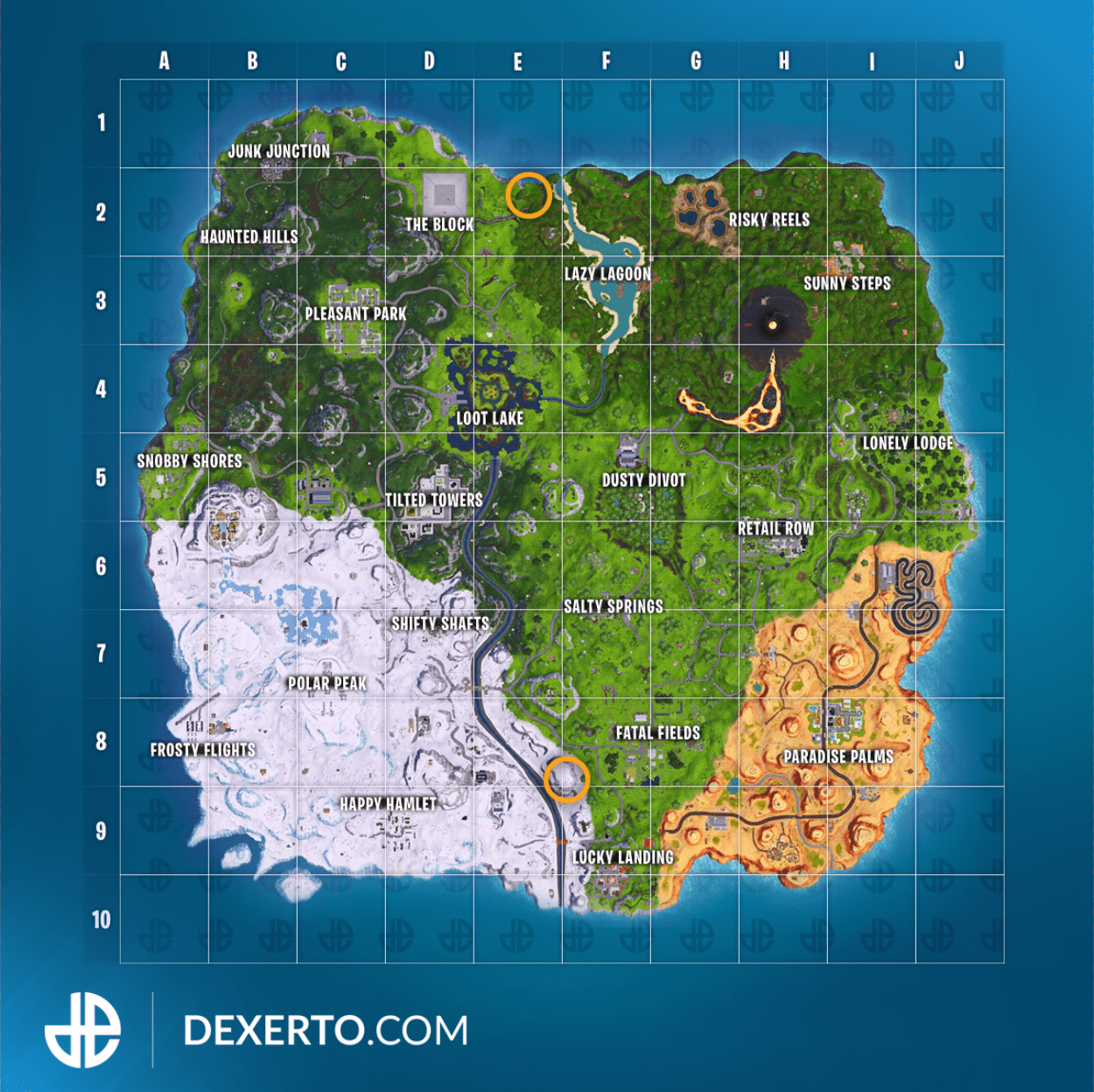 A map showing the locations of two of Fortnite’s oversized phones.
700

Where is the big piano in Fortnite Battle Royale?

To find the giant piano, which is the second part of this challenge, head to the eastern side of the map, and specifically head south-west of Lonely Lodge towards the hero’s house which sits just on the shoreline.

Sitting on top of a hill between the two is a giant piano. Walk over to it, and you should receive a notification that you have completed another section of the challenge. 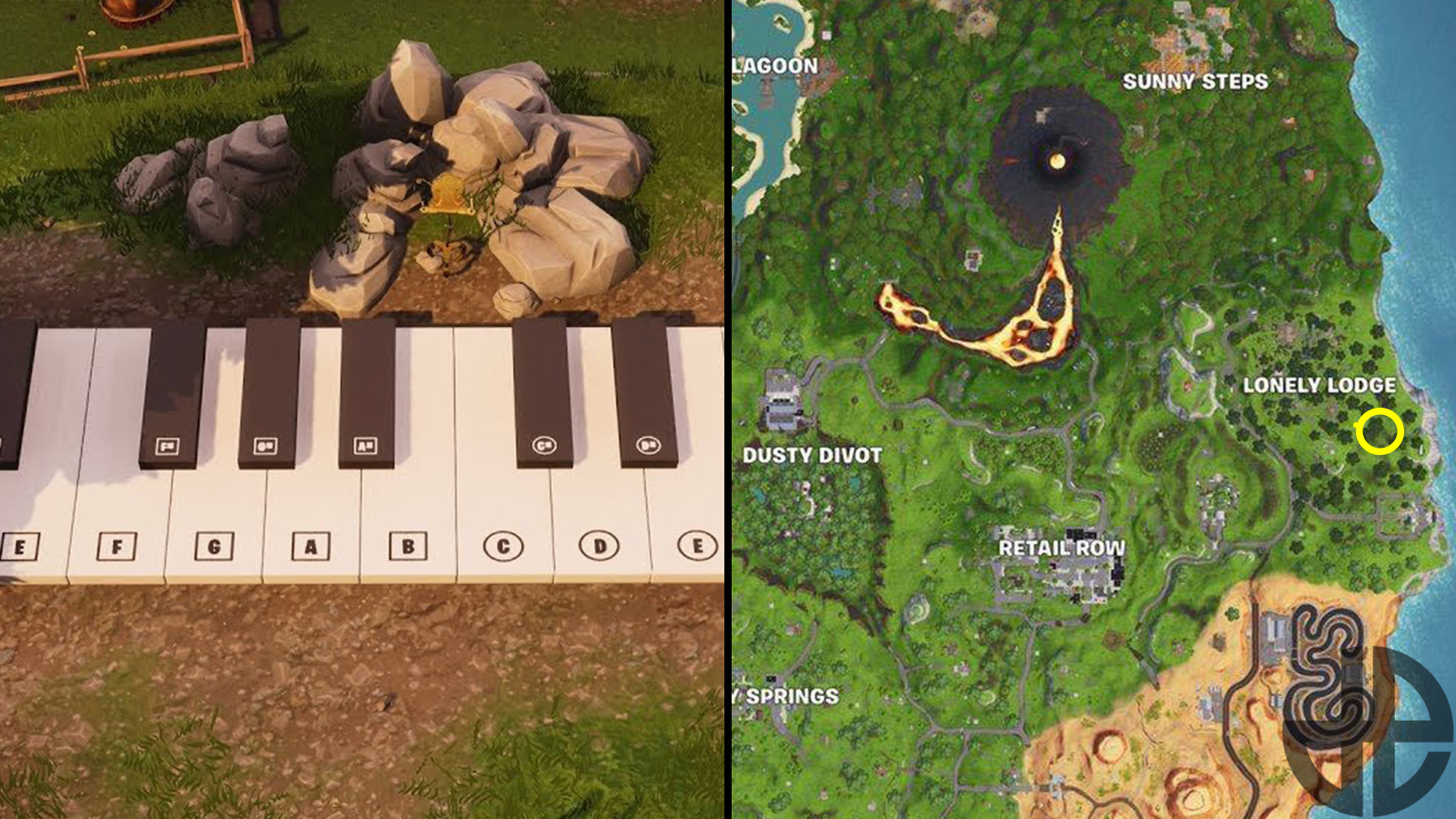 The big Piano can be found between the hero’s house and Lonely Lodge.

Finally, players need to visit the giant dancing fish trophy to complete this challenge and earn all five Battle Stars.

Fans of the game may remember that the dancing fish trophy used to be on the front of one of the shops at Retail Row, but following the volcano eruption in Season 8, Mega Mall now sits on the location that the fan-favorite area used to sit.

Now, the giant dancing fish trophy sits wedged into the roof of one of the houses to the south of Mega Mall. The building isn’t hard to miss thanks to the giant fish sticking out of the top of it, so build your way up there and finish the challenge. 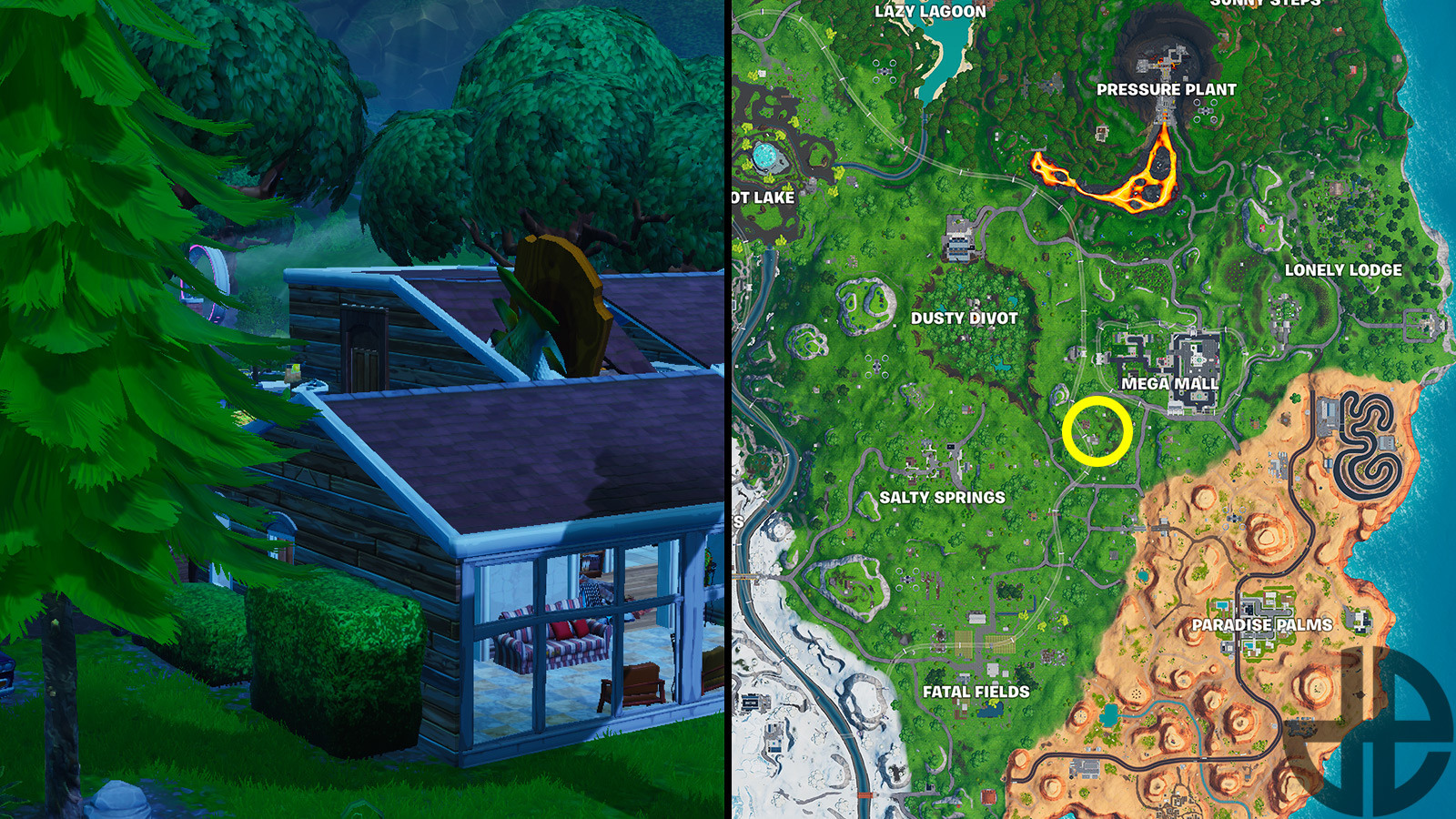 Here’s where you can find the giant dancing fish trophy.

Once you have completed all three parts, you will be rewarded with five Battle Stars, and well on your way to the 5000 XP reward you get for completing four of the seven challenges.