Ninja Shares a Sneak Peek of His Upcoming Merch Line

Ninja was not in attendance at the Finals, citing Labor Day as a time to spend with his family. Instead, he streamed the event from his home – and shared an upcoming look at his new line of merchandise, too.

He announced that he had something special for his audience as organizers tallied up the game’s final scores.

He divulged that a slew of new releases would be dropping soon.

“Here is a sneak peek of what is to come. I’m gonna show you four things, and there’s, like, ten coming very soon.”

Ninja slid a window across his display, revealing an array of new shirts and hoodies. The teased apparel comes in Cobalt blue and black, with Ninja’s logo, a shuriken, and his name in a stylized font across the fabric.

Ninja was excited for the upcoming merchandise, teasing that much more is on the way. 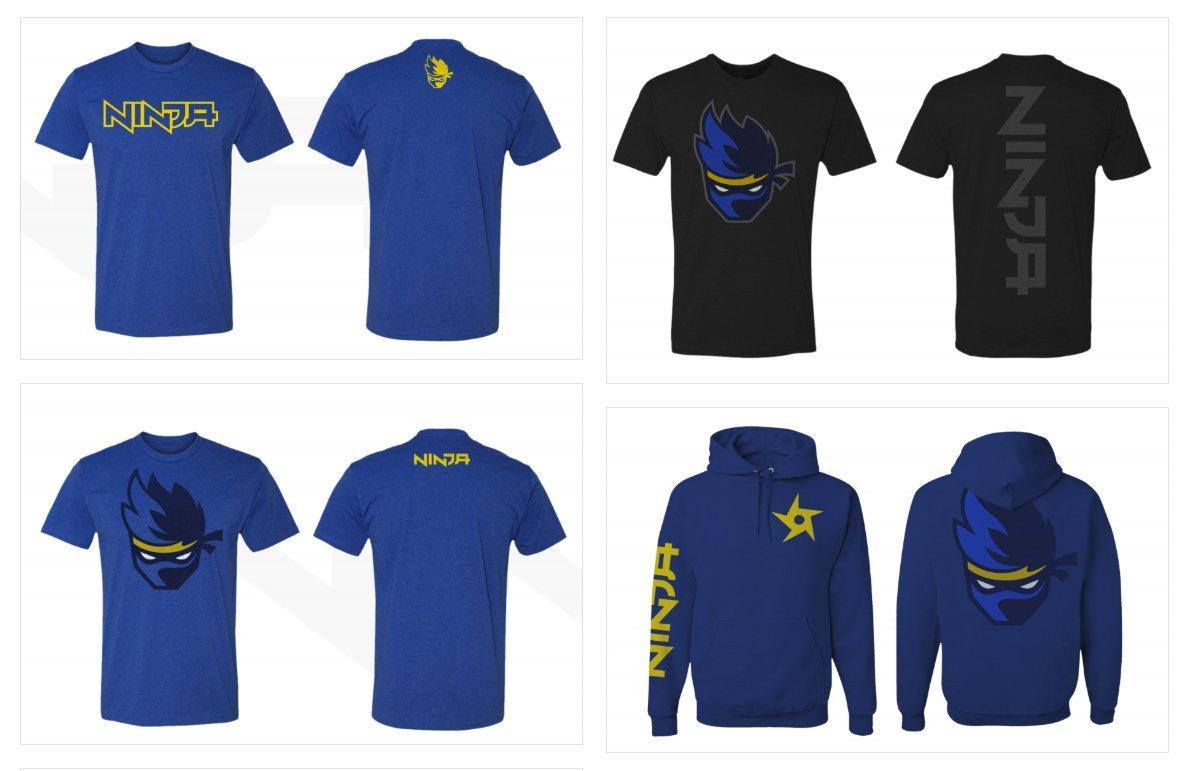 Viewers in the Twitch chat popped off, seemingly elated at this turn of events.

With an entire collection of merchandise on the horizon – and a lot of it – fans can hope to find at least one shirt or hoodie to showcase their support of one of Fortnite’s biggest streamers.