Tyler ‘Fortnite, calling up Epic Games themselves to try and get the cheater banned from the game.

Ninja has had his fair share of issues with stream snipers and hackers in the past, and during his August 8 stream, the 28-year-old found himself in battle with yet another cheater.

After getting blasted by an enemy using a Minigun, Ninja and teammate Malachi ‘Reverse2k’ Grenier had their suspicions about the legitimacy of their deaths, and after watching his gameplay for a few seconds, confirmed that he was definitely hacking.

Ninja took matters into his own hands when he came across a Fortnite cheater.
[ad name=”article2″]

Following their deaths, the Michigan native sat in awe as the player blatantly cheated his way to more kills, flying around on a Driftboard with the Minigun in hand, performing wild flips while firing, but somehow always finding the head of enemies, even if he was facing the complete opposite direction.

While many would just quit out and rue their misfortune, the Mixer star decided he was going to take action into his own hands, grabbing his phone and making a call to Epic Games about the problem. 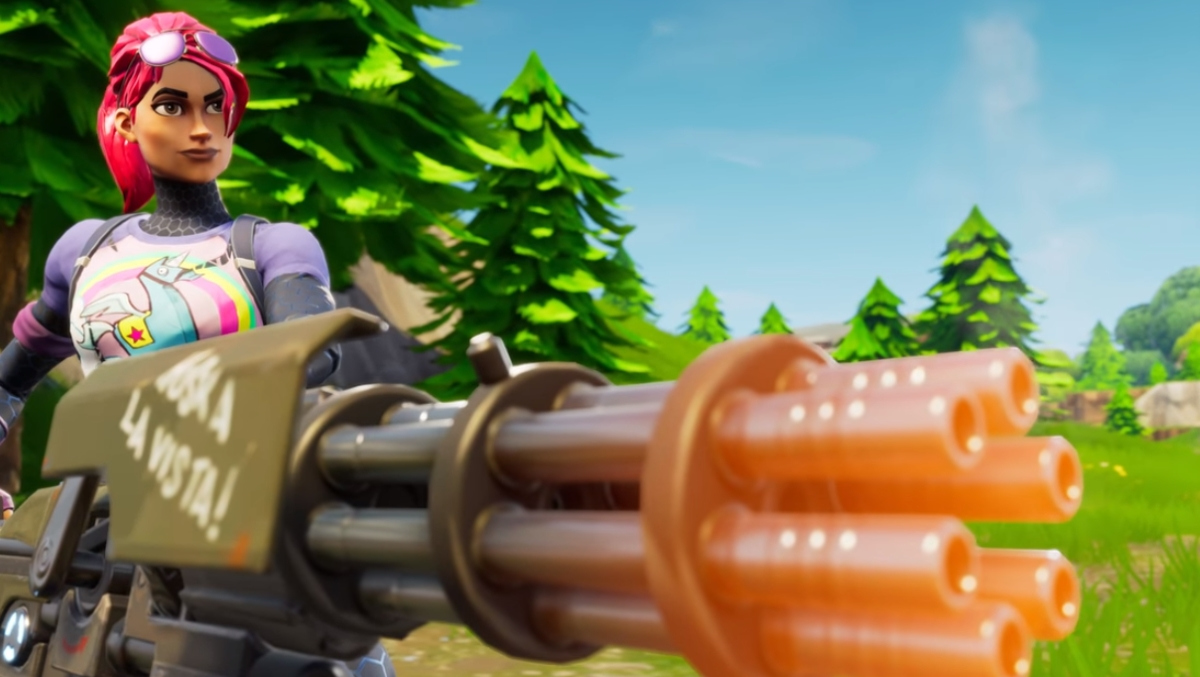 Ninja’s nemesis was flying around with a Minigun.
[ad name=”article3″]

“I’m literally not leaving this game until this guy is banned,” the former Halo pro told his chat as he put his phone to his ear. “Don’t leave the game yet. Hey, it’s Tyler. There’s a hacker in my game who just killed me and my teammate. I’m staring at him right now, is there any way you can get someone to take care of business?”

“I’m literally watching him. He’s running around with a Minigun and a hoverboard, and he’s hitting nothing but headshots. If you literally pull up Mixer right now, you’ll see definitive proof. I’ll make sure to send you the clips.”

Ninja also reported him using the in-game system, in the hopes that those plus his call will be enough to get him banned.

While the streamer had claimed that he wouldn’t leave the game until the cheater had been punished, he eventually decided to hop out and join a new one, so they could avoid playing with him again.

Whether the player has been banned by Epic Games remains unknown, but it seems wise to avoid hacking in a game with Ninja, otherwise your name might be on his lips the next time he makes a call to the developers.