In a curious case of events, Tyler ‘Ninja’ Blevins was booted from a Fortnite match seconds after leaking secret info about a TwitchCon party.

While it was previously announced that Ninja would be competing at Twitchcon in the Doritos Bowl tournament for Blackout, Black Ops 4’s new battle royale mode, it seems that the popular streamer will be making another major appearance at the event.

During a stream with FaZe Clan’s Dennis ‘Cloak’ Lepore, Ninja let slip that, along with DJ and recording artist Dillon Francis, he’ll be hosting the official Twitch party at the event later this month.

It all got started when Cloak posed the enticing question to Ninja, saying “Someone asked me to ask you ‘what are you doing at TwitchCon with some loser named Dillion Francis?’” Cloak then said that the question came from Dillon Francis himself.

At first, Ninja tries to cooly play it off by saying that he wasn’t sure if he’s allowed to talk about it just yet.

After saying “I don’t know if I wanna talk about it” and thinking about it for a few seconds, though, Ninja throws caution to the wind and whispers the news into his mic as the pair were jumping out of the Battle Bus at the start of a game. “Why not, dude? There’s gonna be a Twitch party, dude. Dillon Francis and Ninja hosting.”

Karma apparently struck immediately, however, as Ninja and Cloak were kicked from their game mere seconds after leaking the big news, getting hit with a screen informing him why he’d been booted from the match. 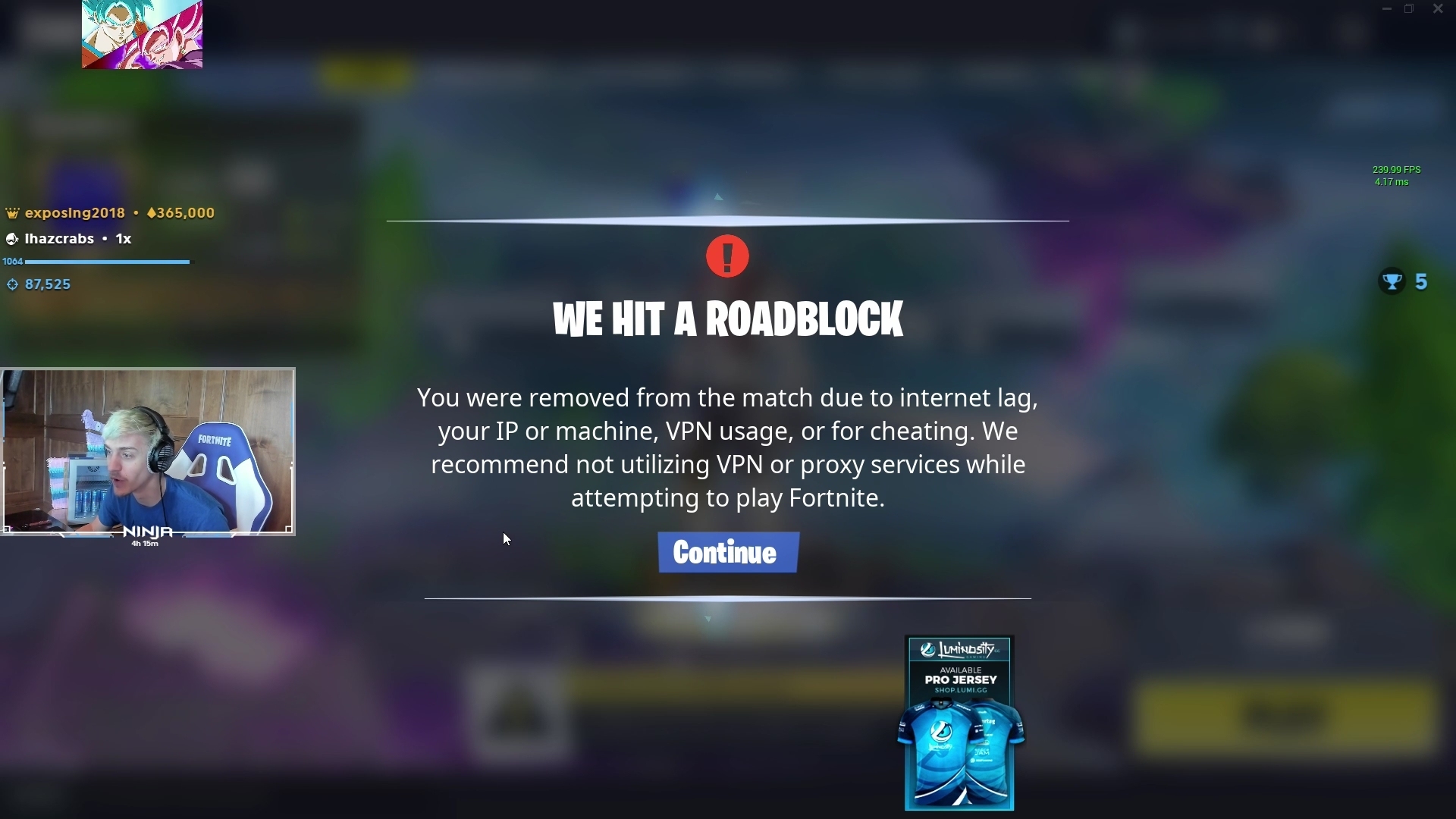 “That’s what you get for leaking!” exclaimed Cloak after the pair got back to the lobby to load up their next game.

After reading the error screen, Ninja merely sat in silence trying to process what happened as they loaded up the next match.

While the sudden boot was likely due to a random server error, it was curious timing given that it came just seconds after Ninja let the important news slip.