Data miners have leaked details about several of the cosmetic items that are coming soon to Fortnite: Battle Royale, including their names and rarities.

While some of these Season 5 skins, pickaxes, back blings, gliders, and emotes had already been leaked following the the v5.0 update, this is the most extensive and high resolution collection yet.

As is usually the case after a major game update, data miners will go through new game files and look for any new cosmetic or in-game items that have not yet been officially announced or released.

These leaks are courtesy of data miner @siloxleaks, who has released the names and rarities of 13 outfits skins, eight back blings, nine pickaxes, seven gliders, ten emotes, and three flight trails.

Although some of these items have already been released in the Battle Pass or Item Shop, many of these will be available for purchase in the coming days and weeks. 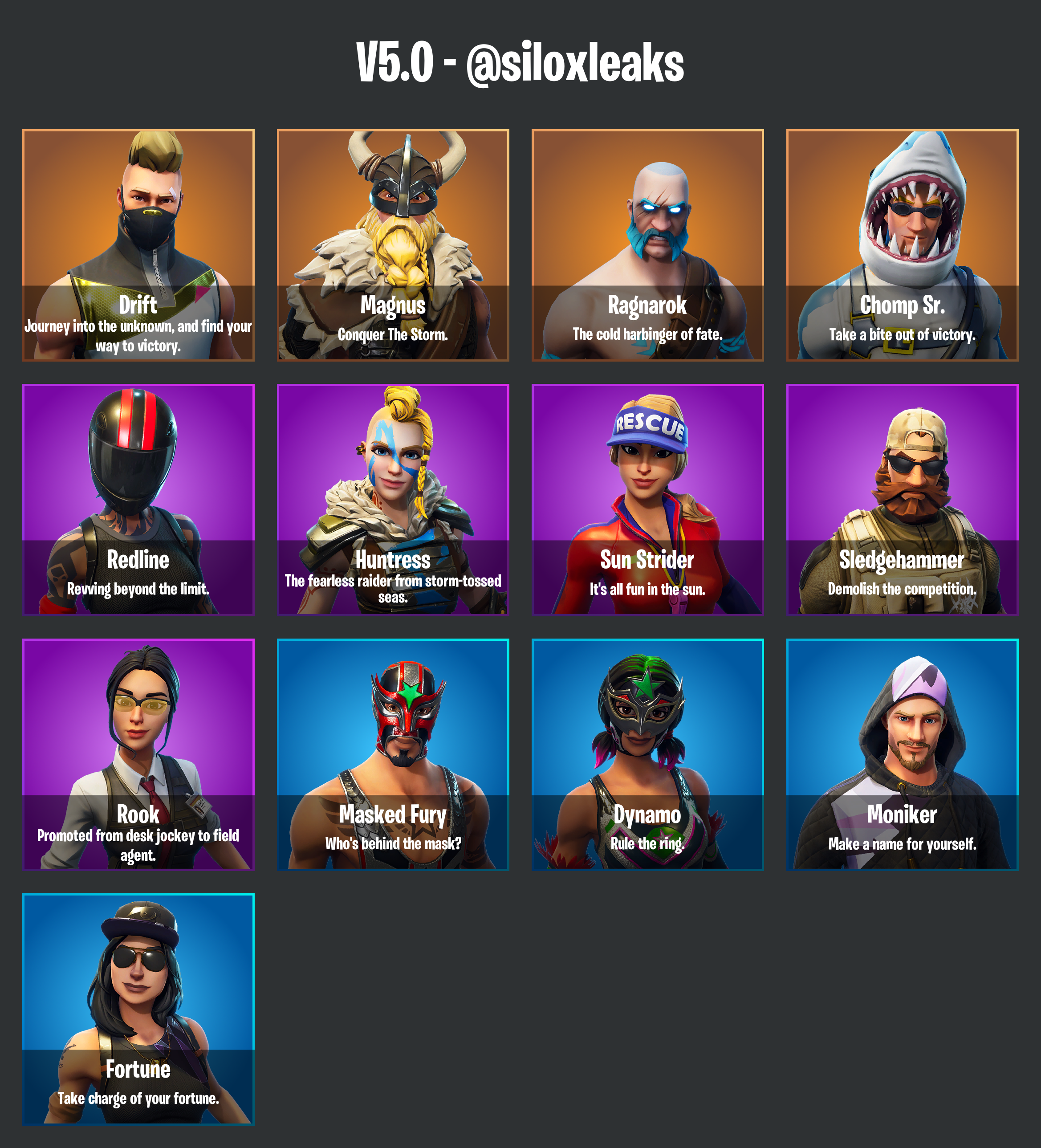 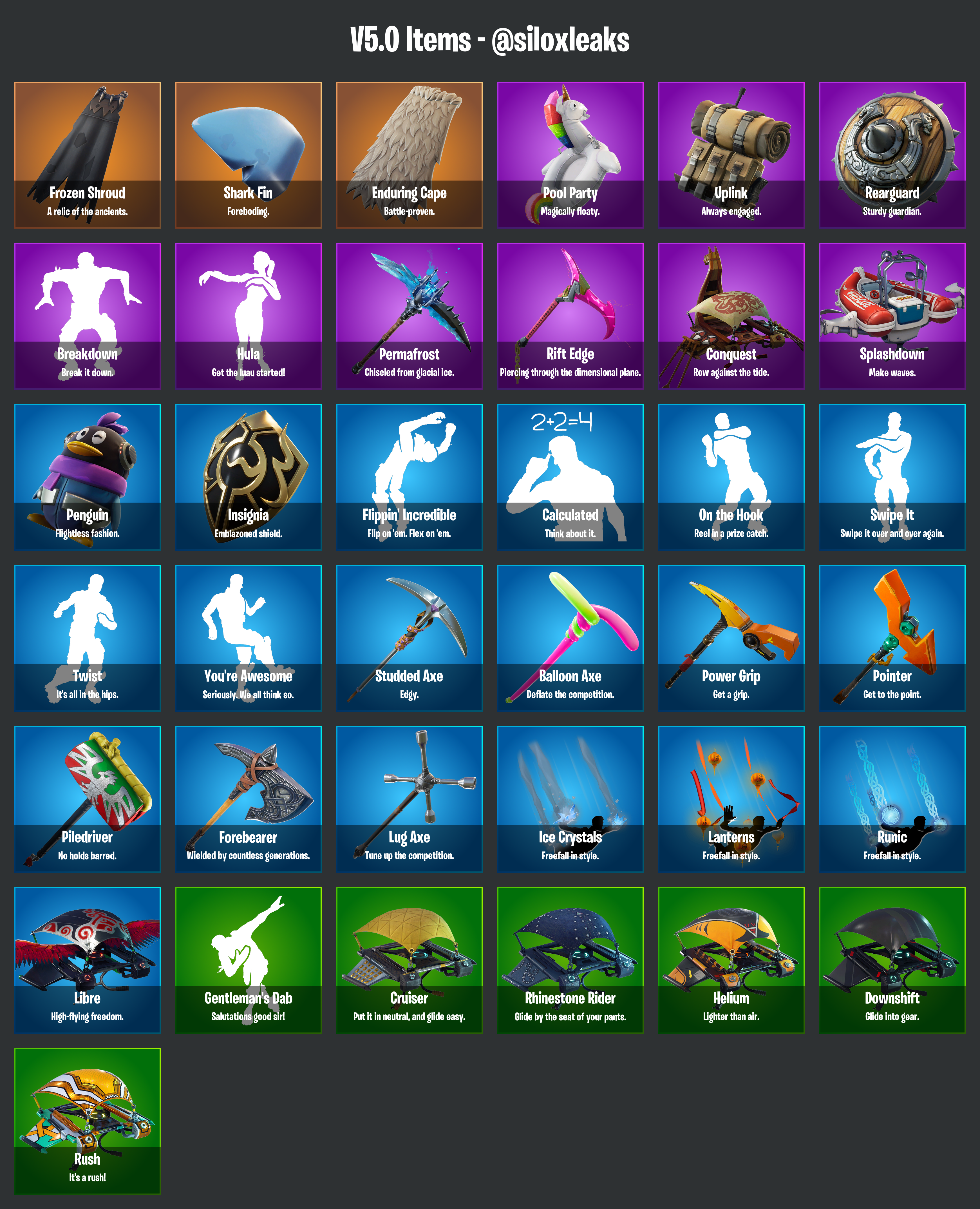 The prevalent reaction to some of the starter skins in Season 5 is that they are an improvement over their Season 4 counterparts, which many felt were disappointing.

With skin upgrade challenges available for both the Drift and Ragnarok, players have the chance to customize some of these skins to their liking.