Despite a $100 million dollar investment from Epic into Fortnite prize pools earlier in the year, there haven’t been any major announcements about a regular tournament schedule besides the Summer and Fall Skirmish series and the Fortnite World Cup, which are taking place in 2019.

Myth’s tweet was in response to Frizzable, a player for the Fortnite Pro League, which is unaffiliated with Epic games.

Frizzable wondered why esports organizations were unwilling to sign more Fortnite players when there “is $92,000,000 left to be won THIS YEAR.” 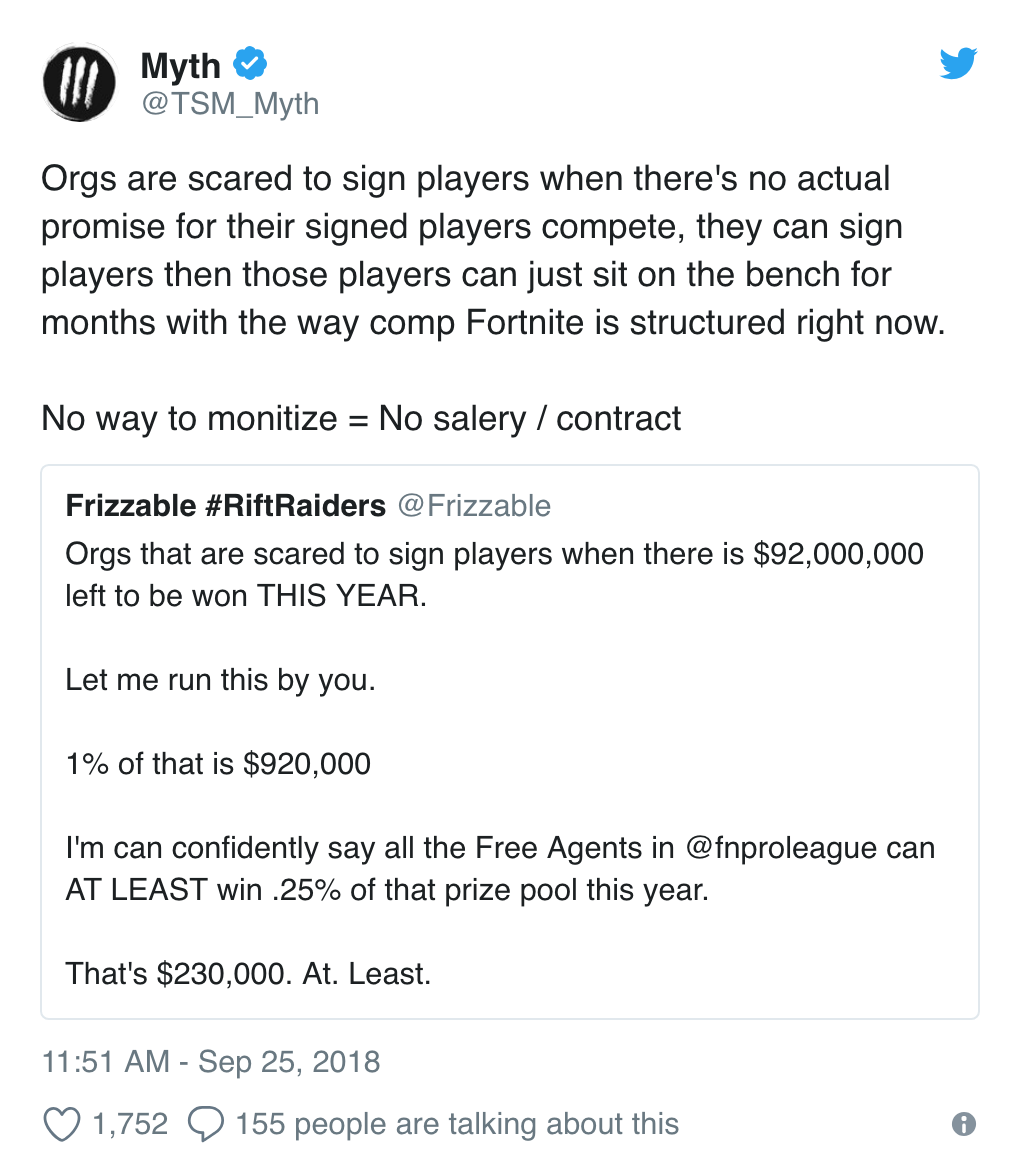 Lack of a regular tournament structure is is the main reason why esports organizations show an unwillingness to sign more Fortnite players right now according to Myth.

Since there’s no set schedule, organizations have no incentive to sign a player, put them on salary, and have them “sit on the bench for months with the way comp Fortnite is structured right now.

Weekly Fall Skirmishes, happening right now, feature a prize pool of $250,000 each week, with the winning team taking home $67,500. The World Cup will feature “community run events, online events, and major competitions all over the world.”

The only Epic-sponsored major Fortnite event since the investment was announced has been the Pro/Am tournament at this year’s E3. It featured a $3 million prize pool made up of charitable donations. The duo of Ninja and DJ/artist MARSHMELLO won the biggest share of the prize to donate to their favoured charities.