Locations of the All-Terrain Karts, Points-of-Interest, and Rifts on the Fortnite Map – Dexerto
Fortnite

Locations of the All-Terrain Karts, Points-of-Interest, and Rifts on the Fortnite Map

The new Season 5 in Fortnite has brought with it a lot of novelties and new locations to the map.

Some of the major additions as part of the new Season include the All-Terrain Karts (ATK), Rifts that allow players to essentially teleport on the map, and several new points-of-interest.

Although these new inclusions are plentiful across the Fortnite map, locating the one you need in a tight situation may not be so easy.

As a result, popular content creator ‘TheSquatingDog‘ has generated a Fortnite map that includes the general locations of all of the ATKs, Rifts, and POI locations. 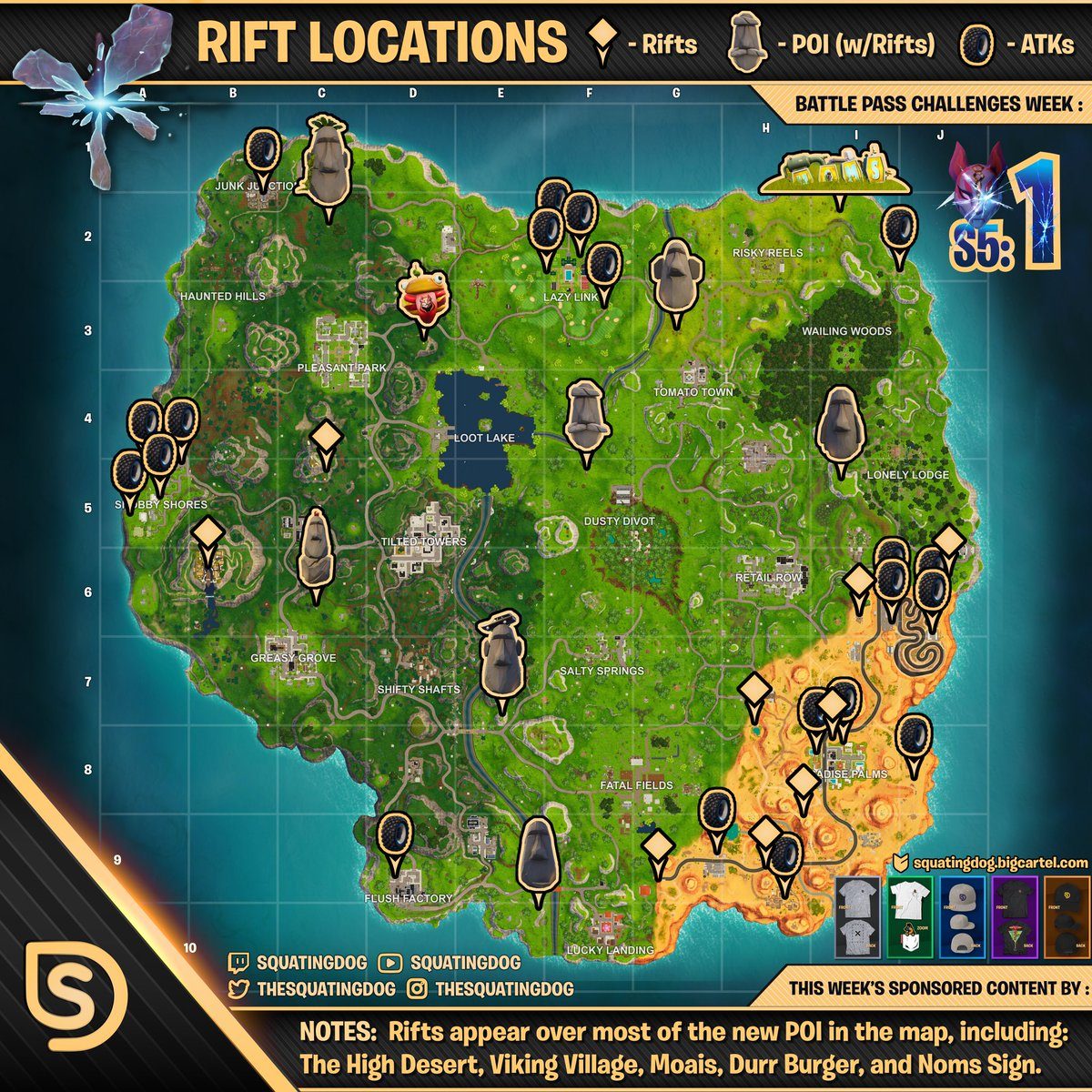 According to his map, the majority of ATKs usually spawn in the following locations: the corner desert including Paradise Palms and the Race Track, Snobby Shores, and Lazy Links.

Sometimes, they can also be found in remote locations like Junk Junction, Wailing Woods, and Flush Factory, but considering the fact that not all ATKs spawn in at all of these locations, it may not be wise to go looking for them there.

As for the Rifts, they can generally be found around some of the new locations and POIs, such as the Durrr Burger and NOMS signs, the Viking ship, and around the variety of the Stone Heads scattered throughout the map.

However, the large majority of Rifts will usually be in Paradise Palms and the entire corner desert area.