As is always the case after a major Fortnite Battle Royale patch, data miners have already found a number of new skins and cosmetics in the game files.

The June 27th V4.5 patch for Fortnite Battle Royale may well be one of the most anticipated in the game’s history due to the fact that the Playground Limited Time Mode finally going live.

The update also introduced the all-new Dual Pistols which will be available in both Epic and Legendary rarities.

If that isn’t enough to get you excited, a number of new skins have already been leaked courtesy of the well known @TwoEpicBuddies data mining account, which has already started to delve into the game files.

The skins include some interesting looking spy, or investigator, outfits as well as an all-new blue version of the popular Valentine’s Day “Cuddle Team Leader” pink bear skin.

All of the leaked skins can be viewed below. 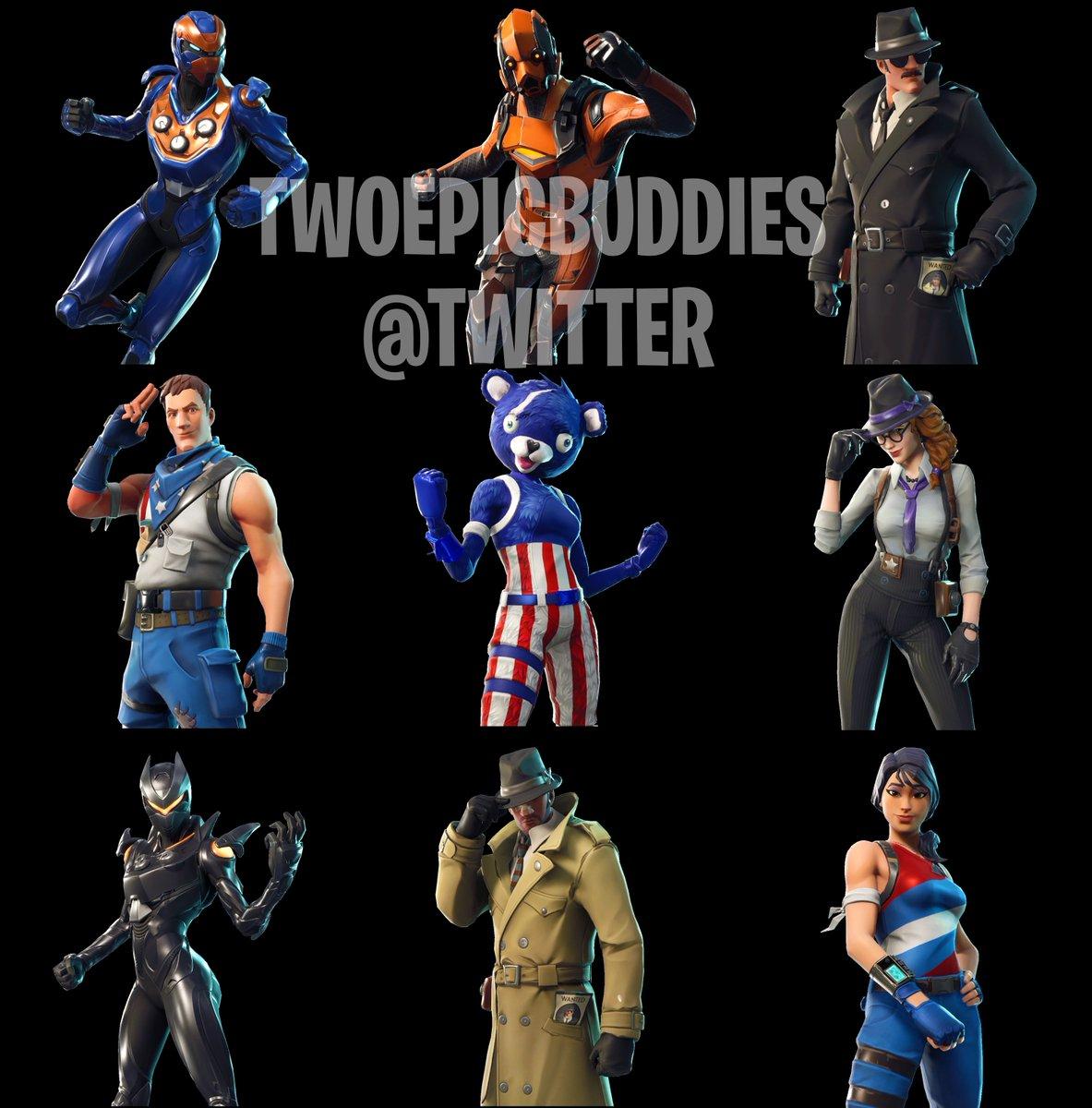 Keep an eye out for the names and rarities of the various skins when more information has been released.