Despite there still not being a formal esports scene in Fortnite, the intensity of competitive action still attracts the largest audiences.

Even the most casual players tune in to watch their favorite pro players compete against each other, whether it’s in the weekly Friday Fortnite tournament or 1v1’s in the Playground LTM.

An example of this was seen when Team SoloMid’s Fortnite team captain ‘Myth’ faced off against FaZe Clan pro ‘Tfue’ in a battle between two of the best players in the world.

Their match was played in the Playground mode and live-stream on Myth’s Twitch channel, and the number of people that watched was incredible.

According to The Esports Observer, which releases Twitch viewership statistics every week, an astounding 471.4K total hours were watched during that single broadcast which featured the two players in a pro 1v1 contest.

With Myth’s channel having a total of 2.1 million hours watched between July 2-8, that single broadcast made up just short of 25% of that week’s total hours.

Myth rose up from 9th place last week, with the majority of his total hours watched (471.4K, gathered in a single broadcast) brought about during a pro 1v1 contest against FaZe Clan’s Turner “Tfue” Tenney. This was made possible thanks to the delayed but finally delivered “Playground Limited Mode” (LTM), a new new addition to Fortnite that allows pro players to skirmish against one another in a private lobby without the usual disturbances of a packed battle royale map. Should developer Epic Games introduce a permanent version of the mode, it will put them massively ahead on esports infrastructure, while offering the potential of weekly highlights for streaming audiences. 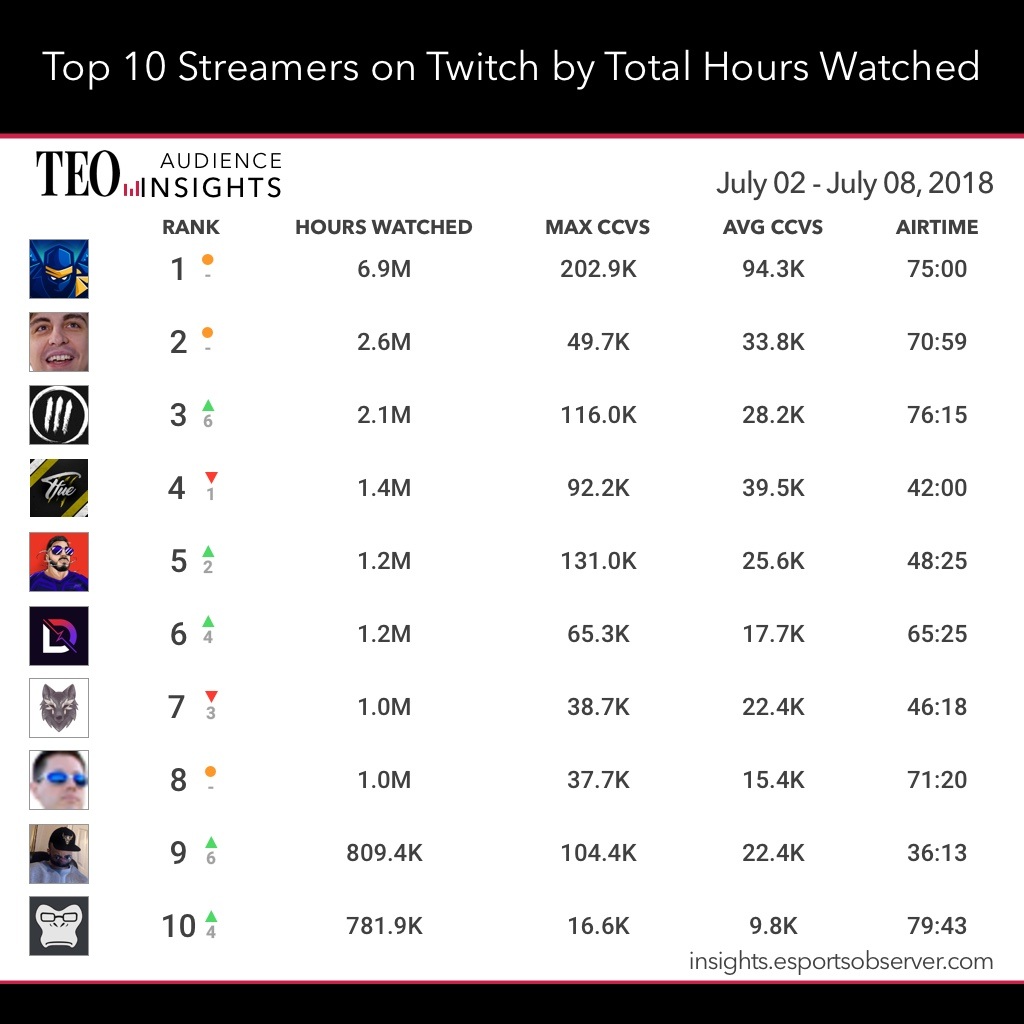 As one would expect, Myth and Tfue’s build-fights were nothing short of spectacular; the two went back and forth with each doing his best to outdo the other.

Highlights of their pro 1v1 match can be seen by viewing this article: TSM’s Myth and FaZe Clan’s Tfue Show the Beauty of Playground Mode With Insane Fortnite Build Battles