The qualifiers are over and the Fortnite Champion Series for Season X is about to begin with a massive $10 million prize pool. Here’s all you need to know.

New to Season 10 was the Champion Series, which helped keep the esports scene rolling along, even though the World Cup was over.

Players had to compete in the Trios format, which was a nice change of pace from the solos and duos of the World Cup. 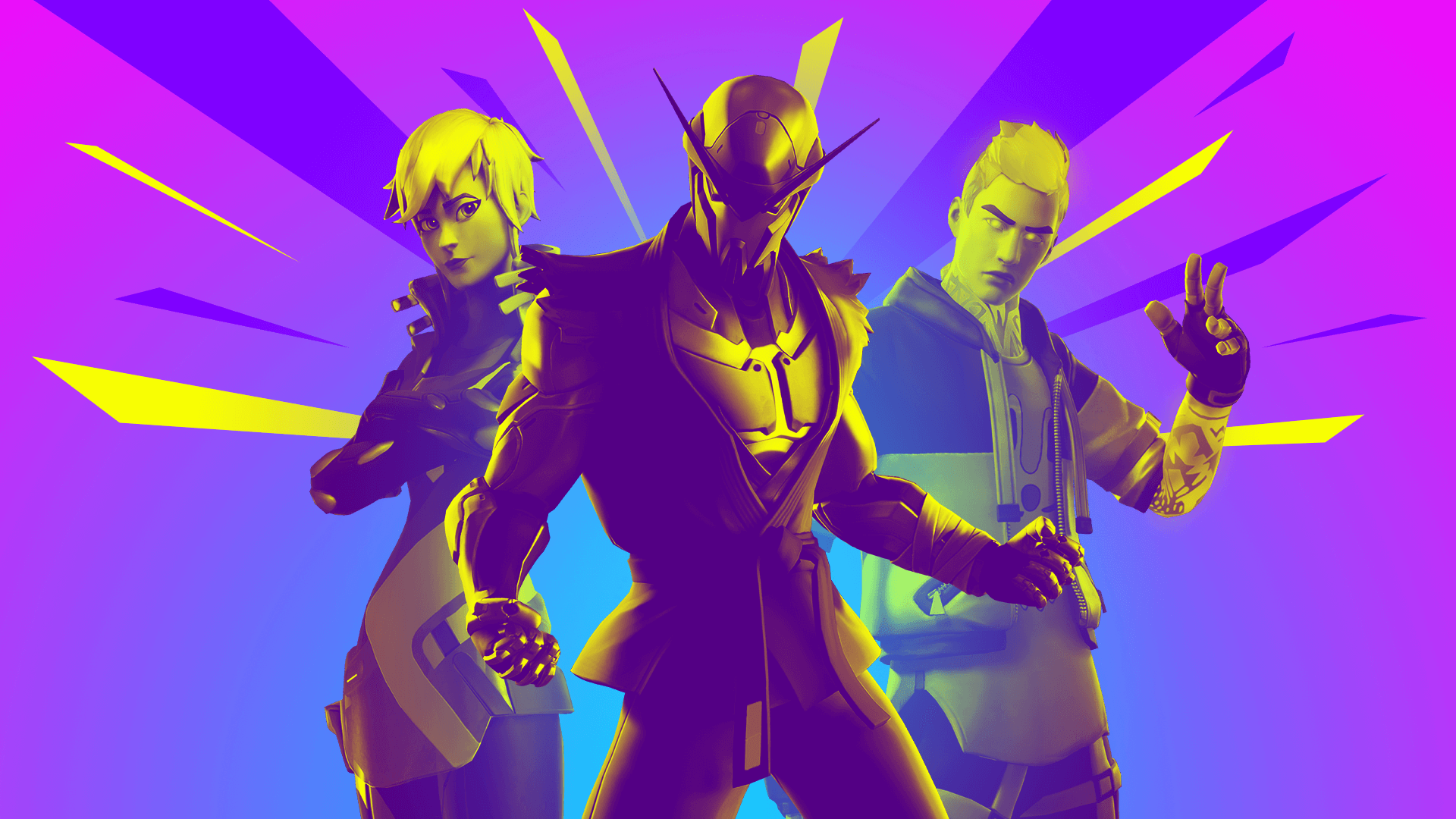 With qualifiers now wrapped up, all eyes are set on who will come out on top in the finals on Sunday, September 22.

Many of the big names you’ll recognize here, notably Turner ‘Tfue’ Tenney who was able to snag a qualifying spot in the final week, leaving Cloak and 72hrs without a spot even though the three secured a spot together.

The event will be streamed on Fortnite’s official Twitch and YouTube channels. You can watch the stream below:

There are seven different regions being represented here — NA East, NA West, Europe, Brazil, Asia, Oceania, and Middle East — so there will be a lot of games to look forward to through the duration of the day. 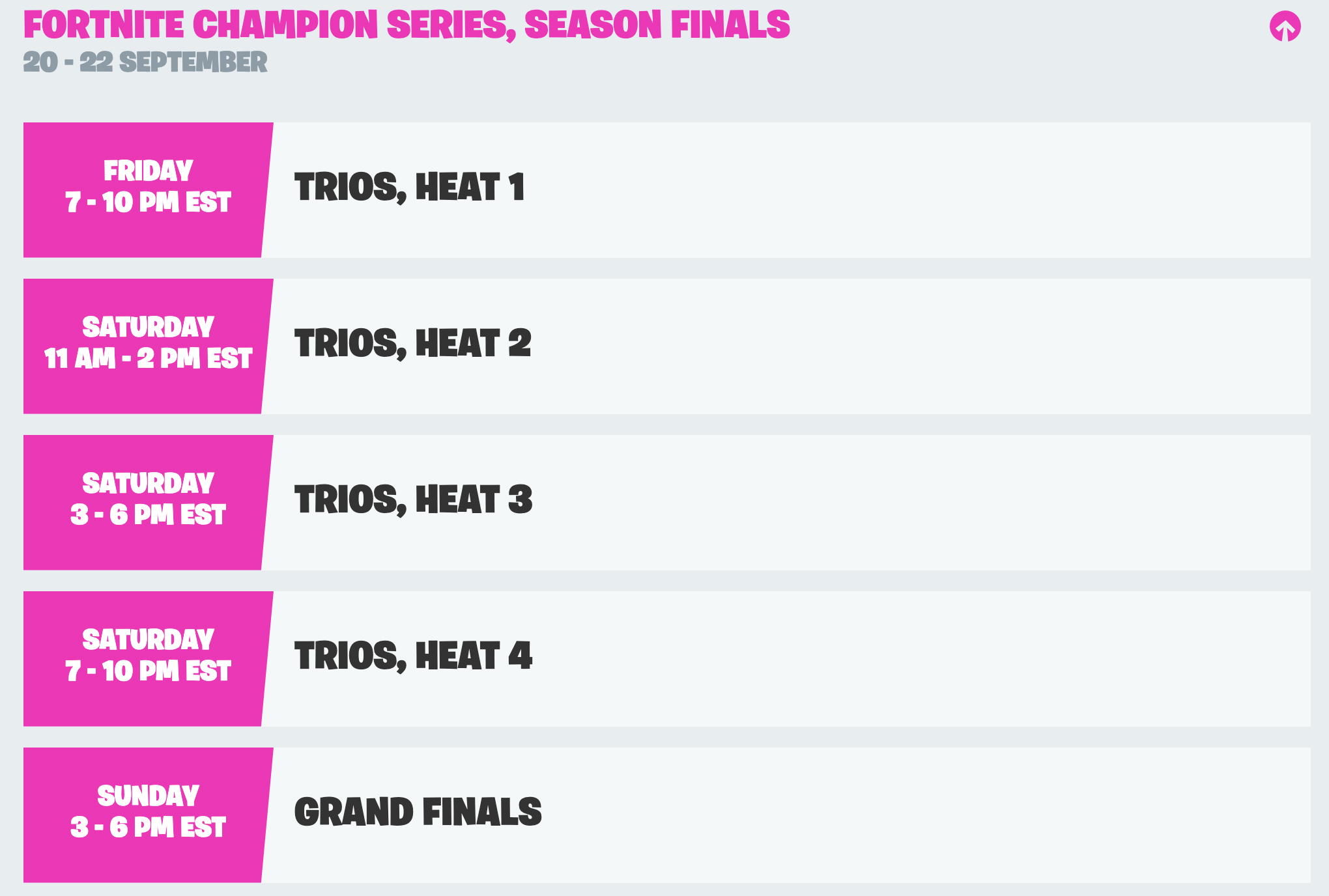 All qualified players and teams

Several prominent players have qualified for the event, including World Cup winner Bugha.

Here’s a look at some of the biggest names to qualify and what region they did so in.

You can see a complete look at the leaderboards here, plus the eight teams from each region that qualified each week. 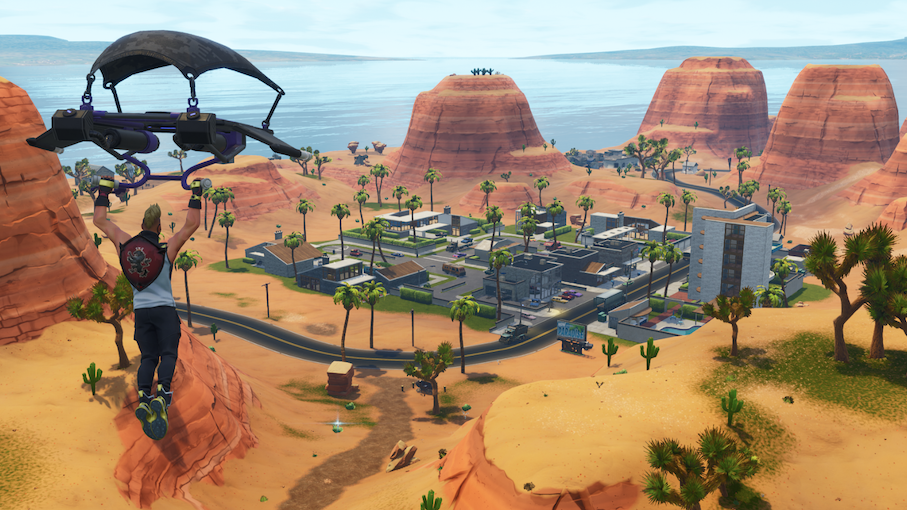 Find out all you need to know about the Finals here.
[ad name=”article5″]

What is the format?

The format for the Finals will be the same as it has been for the qualifiers.

However, the Finals feature heats which give players three hours to complete six matches. The matches start up every thirty minutes, and if a team misses the start time, they will be given last place with zero eliminations.

You can see a complete rundown of the rules for Fortnite Champion Series here.