How to open final Fortnite Winterfest present early with exploit

After many days of additional rewards and challenges, Fortnite’s Winterfest event is beginning to come to a close with only a few days remaining until its scheduled end date, January 2.

However, some of the popular battle royale’s players have managed to find an exploit in-game that allows the player to unlock the final present – the Wooly Warrior skin early. 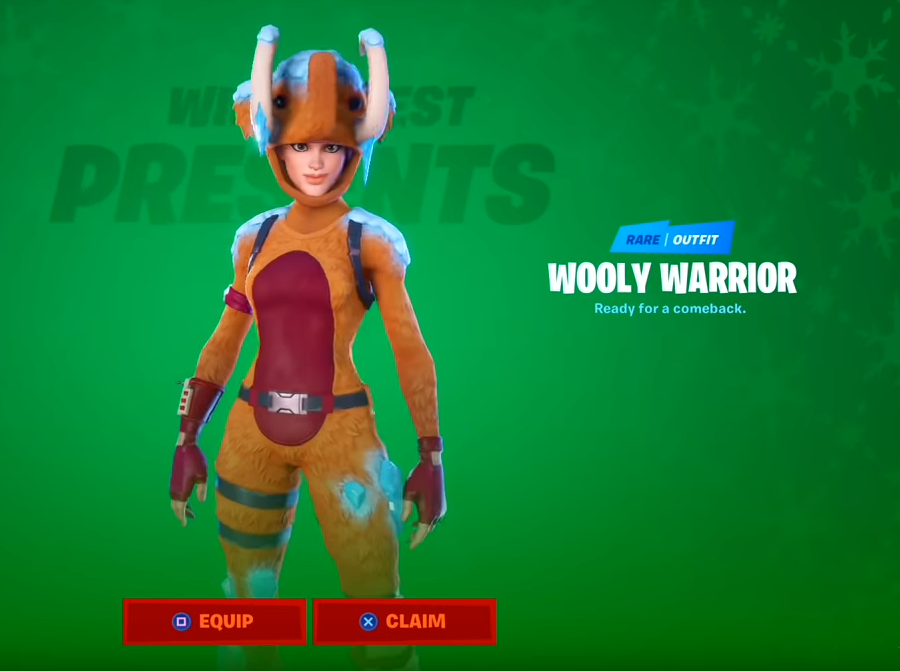 Players will unlock the ‘Wooly Warrior’ skin as the final Winterfest present.

Popular YouTuber Ali-A was among one of the first to share the glitch, which allows players to open up their final in-game present a day early.

Ali-A explains that players will need to visit the Winterfest Lodge from the main menu and then only open the presents that are on the left side of the room, while leaving those on the right side unopened.

“The reason I told you to avoid the right-hand side is that you cannot have opened any of these three because you have to, if we go to the left-hand side, have opened all of them up apart from the green one,” the YouTuber explained highlighting the glitch’s process.

Topic starts at 0:54 for mobile users.

For some reason, once the presents have been opened in this order, this glitch allows players to unlock the final present in the lodge a day early.

As the bug only works for those who have not yet opened the presents on the right side of the Winterfest Lodge, there will be many fans who will just have to wait until the final present becomes unlocked.

The reward for opening the final in-game gift is a rare character skin called ‘Wooly Warrior’, allowing you to dress up as a mammoth in Fortnite.

Although the Fortnite Winterfest event is set to finish on January 2, fans of the popular battle royale will have until January 7 to claim any of their missed presents during the holiday season.