How to Find the Secret Fortnite Battle Pass Star for the Week 6, Season 5 Road Trip Challenge

The sixth bonus Road Trip challenge for Season 5 of Forntite Battle Royale has gone live alongside the seven standard challenges on August 16.

As is always the case, all of the information needed to find the Road Trip battle pass star is hidden in the Week 6 loading screen which was leaked over a week ago.

The Week 6 loading screen shows that the battle pass star can be located on the back of the red truck that is in front of the Risky Reels cinema screen: 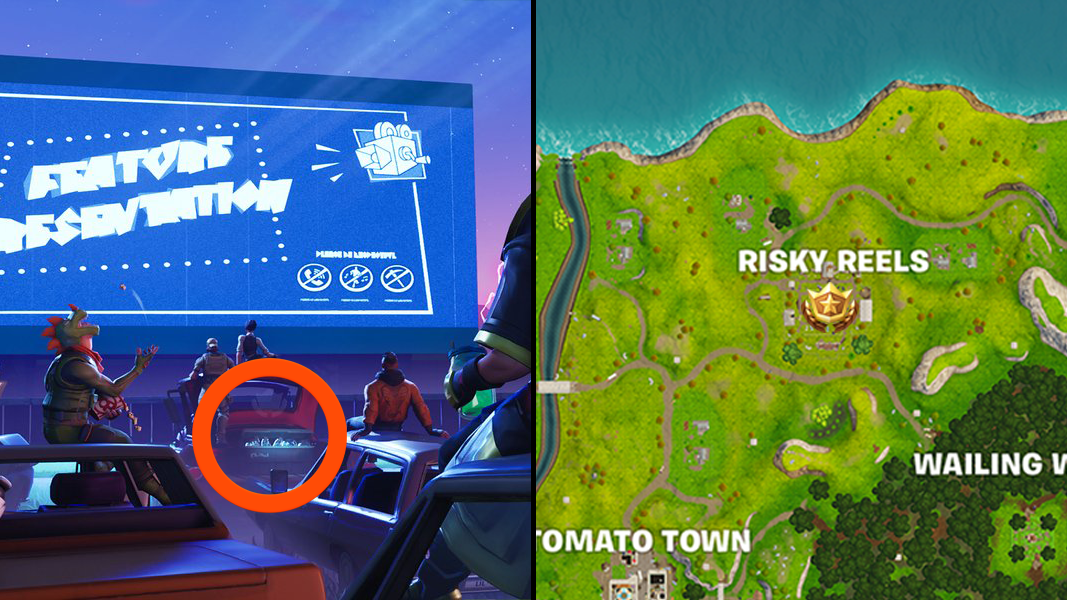 You won’t unlock the ability to find the hidden Road Trip battle pass star until you have completed all of the normal Week 6 challenges, so don’t waste your time travelling to Risky Reels until you’ve done so.

Collecting the star will grant you a free Battle Pass tier and get you one step closer to unlocking all of Season 5’s items, skins and other cosmetics!

This is the penultimate week of the Road Trip challenge. Providing you discover this week’s battle pass star, and all of the previous five, you’ll be just one week away from completing all seven Road Trip challenges and unlocking the mystery skin.

Expect to see the Mystery Skin revealed by data miners shortly after the release of the V5.30 patch (which is expected to be released on Tuesday, August 21).