How to find the hidden ‘F’ for Fortnite Chapter 2 Missions

Fortnite Chapter 2 is officially underway, and Epic Games have ditched hidden Battle Stars in favor of hidden letters, with players hunting for an ‘F’ that has been hidden somewhere on the map.

Much like Season 10, the developers have decided to scrap the idea of weekly challenges, instead opting to return to the Missions format for Season 1 of the game’s new chapter.

With Battle Stars now a thing of the past, Epic Games have decided not to hide any of the shiny gold objects around the island, instead opting to place letters which presumably spell out “Fortnite” in various locations around the map.

To unlock the Week 1 loading screen, players will need to complete any eight of the challenges from the New World Mission, which will then gift players with a loading screen as a reward.

The first loading screen shows three of the game’s new default characters standing on a mountain looking down on the new map, with some new POI’s like Lazy Lake visible. 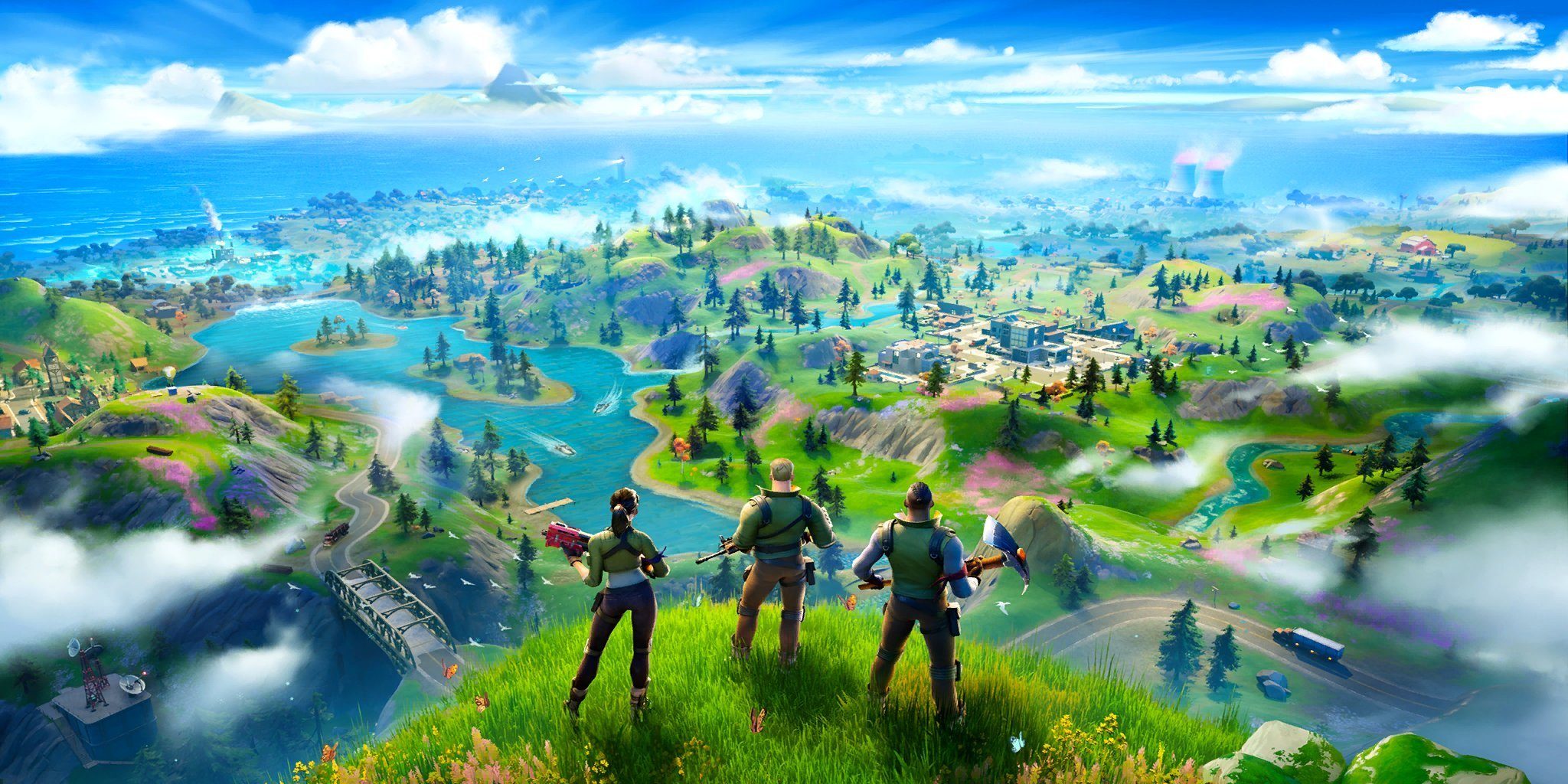 Hidden in the image is a letter ‘F’, just to the right of the city on a small hill which is partially covered by clouds.

This clue is hard to find, so we’ve circled it on the image below to help you out. 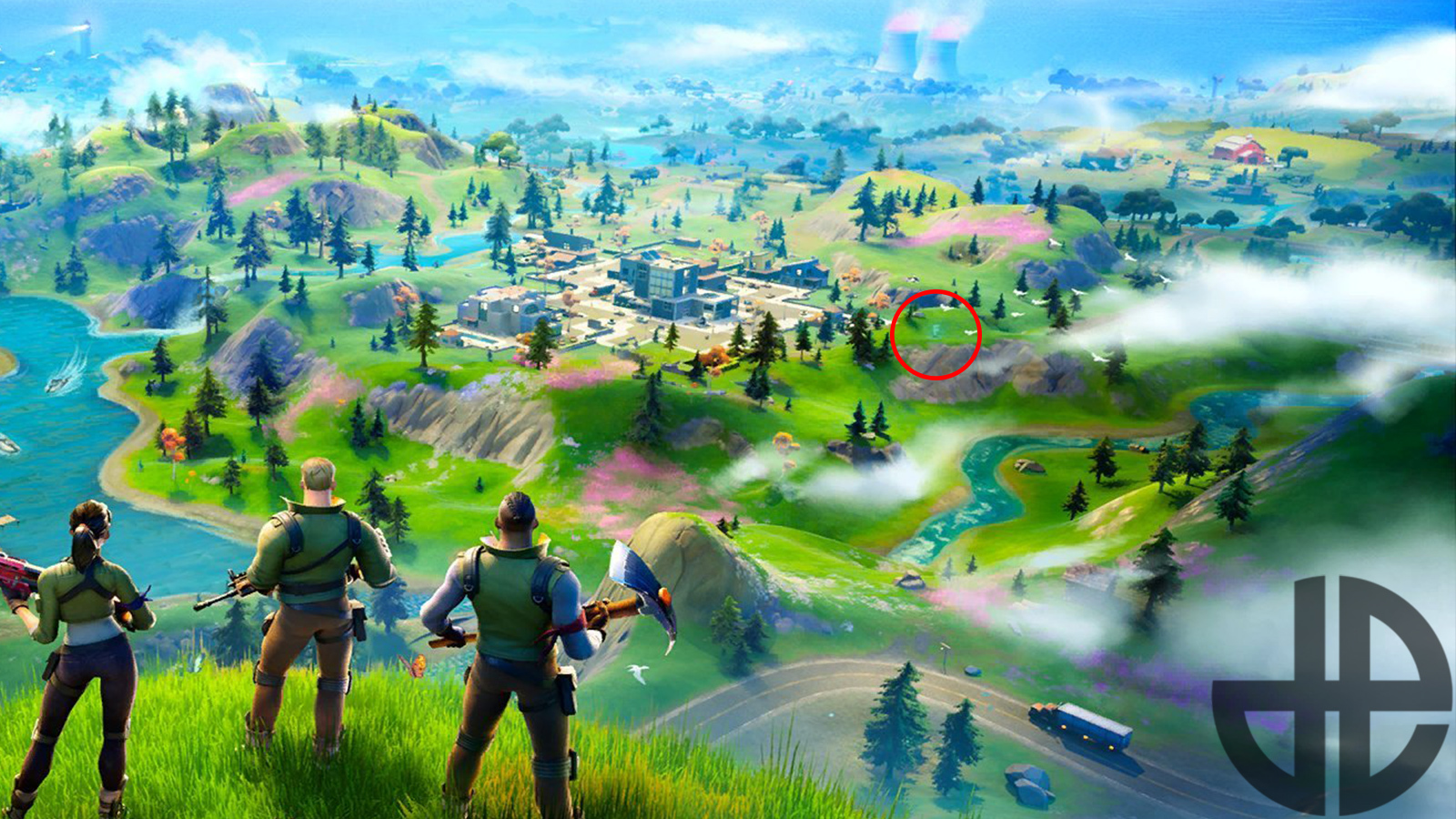 The ‘F’ can be spotted just to the right of Lazy Lake.[ad name=”article4″]

Now that you’ve found where you need to go, simply head to Lazy Lake and make your way to the hillside which sits directly east of the new city.

Climb or build your way up, and the ‘F’ will appear in front of you. Walk over and interact with it using the corresponding button on your keyboard or controller, and the challenge is complete. 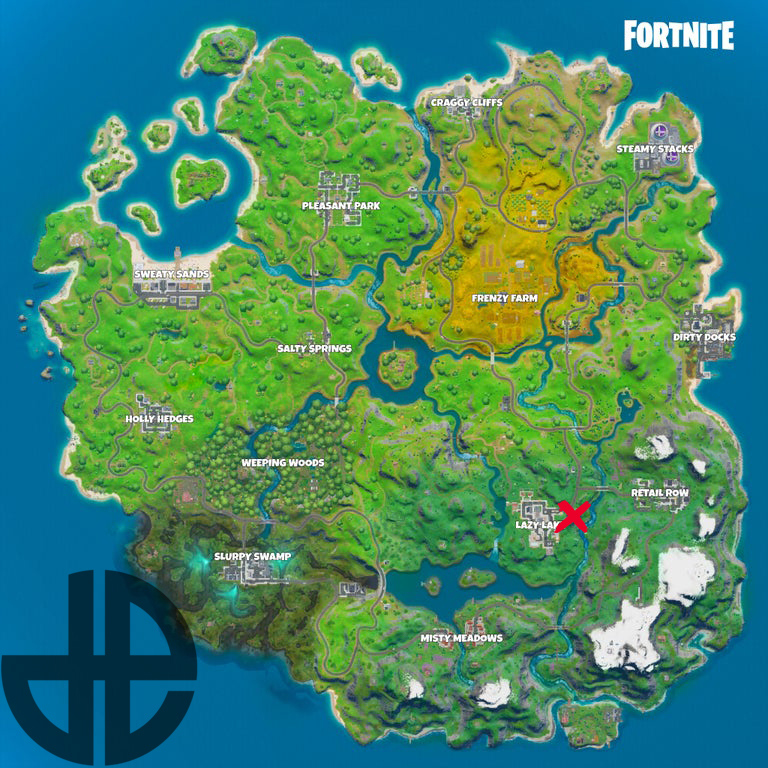 A map showing the location of the ‘F’ on the map.[ad name=”article5″]

Remember, you must have completed eight of the New World Missions to unlock the hidden ‘F’, and you must be a Battle Pass owner.

Players who find all of the letters throughout the season will be awarded with the special Chapter 2, Season 1 skin, although what it will look like is currently unknown.