More information has been revealed regarding how the Fortnite: Battle Royale X Avengers Infinity War mashup was created behind-the-scenes.

Following its release in 2017, Fortnite: Battle Royale has grown to new heights throughout the gaming and entertainment industry with millions of users playing worldwide on various platforms.

Its success has propelled it into the mainstream, with celebrities and high profile individuals professing their love for the game, including the likes of Drake, Travis Scott, Logic, and various others.

On May 7th, it was revealed that Fortnite: Battle Royale will be teaming up with Marvel for the ‘Fortnite x Infinity War‘ mashup, which will feature a ‘limited-time-mode’ featuring Thanos and the Infinity Gauntlet.

In a report by Entertainment Weekly, it was unveiled that the partnership was created after Joe and Anthony Russo, Co-Directors of Infinity War, wanted to reach out to Epic Games Creative Director Donald Mustard, due to the two playing the game in-between editing breaks for the film.

“Over the past few months, while we were editing Infinity War, we’d take breaks to hop on and get in a few games […] And then we started thinking, how cool would it be to have some kind of Avengers–Fortnite mashup? So we stalked Donald.”

Mustard went on to mention how the group brainstormed ideas to make the crossover as ‘authentic’ as possible, which led to the creation of the Fortnite x Avengers Infinity War limited-time-mode.

Out of the blue, I get this call from Joe. And after a bit of geeking out over each other’s work, we start brainstorming these crazy ideas […] It was really important that whatever we did, it had to be super authentic to both Fortnite and the Avengers: Infinity War, and something that fans of both would be excited about. About an hour later, we had the bones of this awesome idea for a limited time gameplay mode, and almost immediately our team got started.” 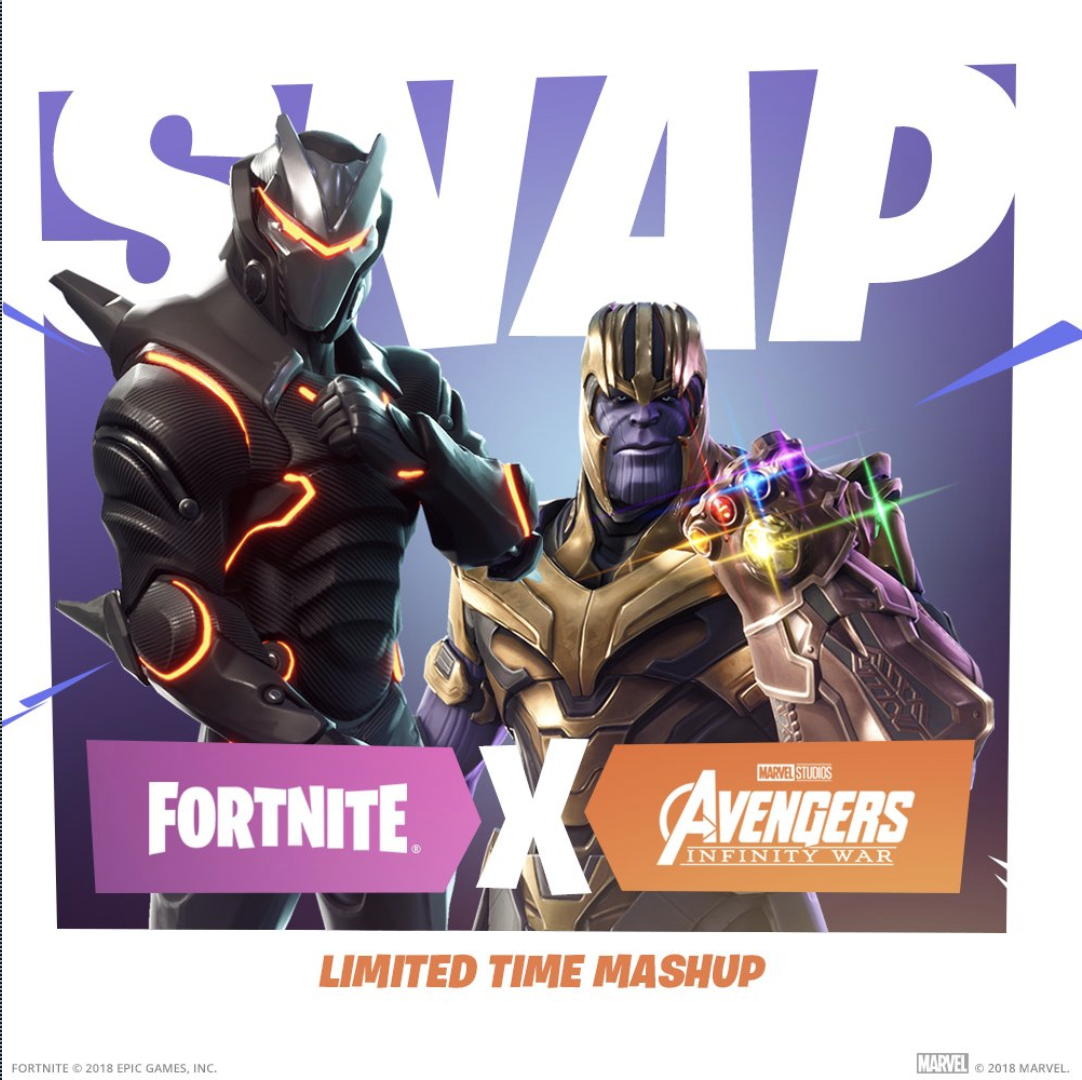 The Fortnite X Infinity War mashup will go live on PlayStation 4, Xbox One, PC, and iOS on Tuesday, May 8th, however it is unknown how long it will run for at the time of writing.

More information behind the creation of the crossover can be found via Entertainment Weekly.