Here's Why Everyone Thinks Dusty Divot is Changing Yet Again in Fortnite's V5.40 Patch - Dexerto
Fortnite

Here’s Why Everyone Thinks Dusty Divot is Changing Yet Again in Fortnite’s V5.40 Patch

It looks like Fortnite Battle Royale’s map will undergo more changes in the near future as Dusty Divot could be changing yet again in the V5.40 update.

The leak comes from Epic Games themselves, as their reveal of the Getaway LTM and all-new Grappler item during the PAX West Summer Skirmish event seemed to show a number of changes to the location.

One screen capture from the reveal that has been making the rounds online appears to show a modernized street/parking area amd a shop just to the outside of the factories:

Elsewhere, a number of players started to produce side-by-side comparisons of Dust Divot’s current appearance on the game’s minimap and the version of it shown in the Getaway reveal.

Unfortunately the scale and resolution of the new image makes it hard to distinguish a great deal, but the area certainly seems to be growing, with more outbuildings, a larger concrete area outside and a more industrialized look overall: 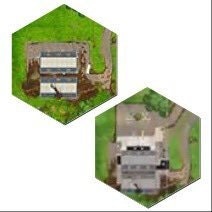 Dusty Divot has been one of the most regularly changed areas of the map in recent months.

Once called Dusty Depot, the location was nothing more than three warehouses in the middle of nowhere until a massive meteor hit it at the start of Season 4, creating a giant crater full of Hop Rocks and forcing a name change!

Over time, the area has become more overgrown and is now covered in trees and greenery. However, if Epic’s trailer for the Getaway LTM is to be believed, all of that could be about to change yet again.

With Fortnite’s V5.40 patch expected to be released this week, probably on Tuesday, players could find out more about the future of Dusty in no time!