A complete cheat sheet map with locations and guides for the week 7 challenges in Fortnite Battle Royale has been released, to help fly through the tasks as quick as possible.

Released a day later than usual, on Friday August 24, the week 7 challenges include another three tasks for all users, and four which are exclusive to battle pass owners.

The challenges were originally leaked the week previously and are all fairly familiar from past weeks and seasons, with nothing too difficult, but this cheat sheet will avoid any struggles

thesquatingdog has released his ever popular map with everything that you need to know, chest and star locations, where to eliminate opponents and more. 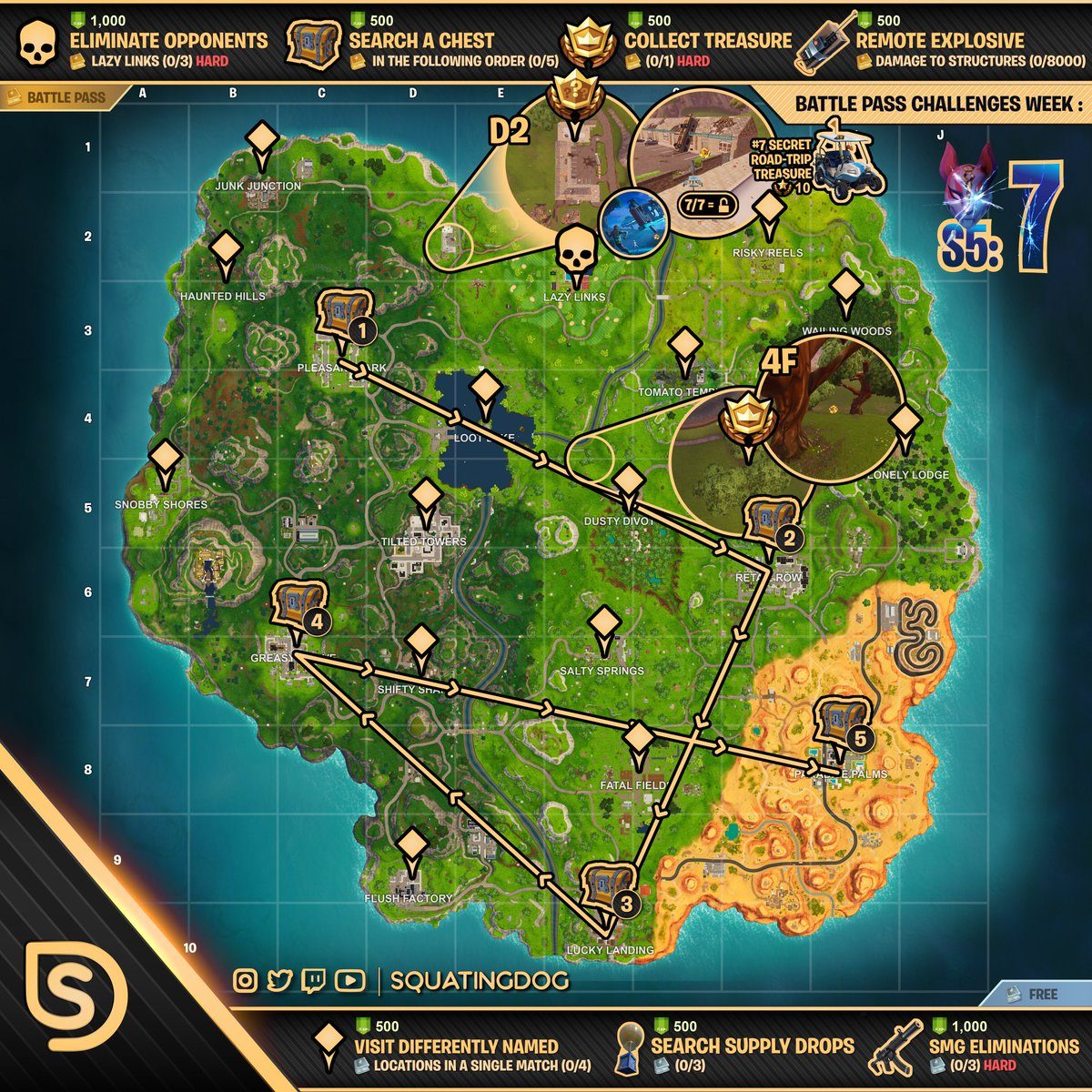 Here are in-depth guides for each of the week 7 challenges.

Remember to complete any game that you are playing in (by being eliminated or getting the victory royale) before returning to the lobby or your challenge progression might not be saved correctly.

Here is the full list of challenges for week 7: