The weekly cheat sheet map with locations for the Fortnite Battle Royale Week 1, Season 5 challenges has been released by thequatingdog.

The Week 1 challenges were released by Epic Games on September 27 as part of the major V6.0 update, and include everything from searching chests in various stages to dancing under ‘Streetlight Spotlights’.

Following on from the Season 5 ‘Road Trip’ challenges, Season 6 will feature a bonus ‘Hunting Party’ challenge every week that can only be unlocked when you’ve completed all seven of the standard weekly quests.

Also returning this season is thesquatingdog, who has already released his weekly cheat sheet showing all of the information and locations needed to complete the challenges. The cheat sheet can be found below. 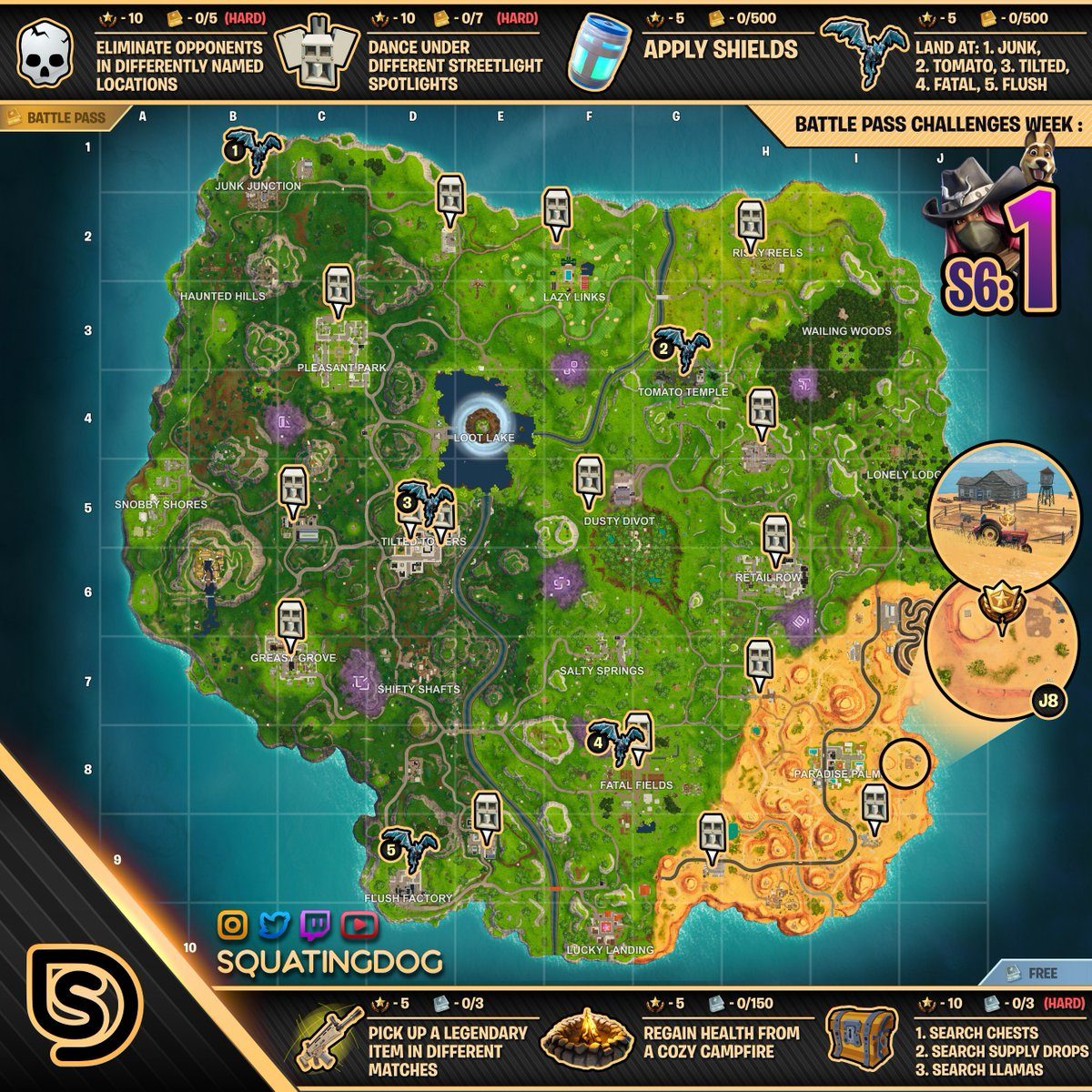 For more detailed information on how to complete some of the more difficult challenges, check out our in-depth guides:

If you haven’t seen all of the challenges for Week 1 of Season 6 yet, they are as follows: