Epic Games have clamped down on some of the most terrible cheating tactics and exploits in Fortnite season after season, but Fox News presenters appear to believe that there’s a potential exploit that might have gone under the radar.

Players have seen exploits for all sorts of weapons and items in the free-to-play title in the past, with items such as the Grappler, Shadow Stones, and many others giving players an advantage in the battle royale mode.

Yet, what’s been described as Twitch streamer SypherPK as a “high-level strategy” has been revealed on Fox News as they interviewed esports consultant Rod Breslau in the aftermath of the Fortnite World Cup Finals, where winner Kyle ‘Bugha’ Giersdorf landed a whopping $3 million in prize money. 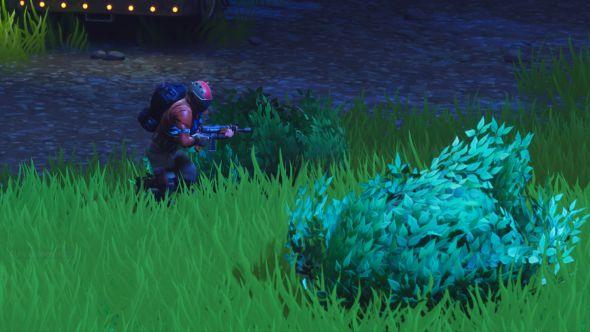 Fox News seems to have a real problem with bushes in Fortnite.

Screenshots and clips of the interaction on the news channel have been doing the rounds on social media, where a graphic shown during the broadcast states the best way to cheat in the game, and it’s not as remarkable a suggestion as many would be led to believe.

As seen in the video interview below, Fox News had the following up on the screen for its viewers to see: “Way to cheat: Hide in the bushes until the end of the game and you can sometimes win without doing anything.”

Players who have played the game will be well aware that the chances of hiding in bushes right the way through a game and winning without shooting a single bullet, or using other supporting items, would be tremendously rare circumstances.

It should come as no shock that the suggestion has raised a few eyebrows, with Sypher jokingly questioning Bugha’s strategy at the tournament finals. “You got some explaining to do. Did you or did you not use the bush cheating strategy?” he asked him on Twitter.

You got some explaining to do. Did you or did you not use the bush cheating strategy @bugha

While sitting in bushes might be cheating in the eyes of Fox News presenters, though, Epic Games don’t share the same opinion on the matter as bushes have featured in the game since the very start, for cover. In fact, they even went as far as adding an additional bush item to the game back in Season 1.

As Season 10 approaches on August 1, though, just remember one thing. Every time you jump into those bushes in Fortnite, somebody might genuinely be out there, spectating you, and thinking you’re a cheat.