The gifting system in Fortnite Battle Royale, which players have been waiting for since June 2018, looks to be in its final stages of development, with new gift wrapping options discovered.

First confirmed by an Epic Games’ developer on Reddit back in June, there hasn’t been any official word since on when the gifting system can be expected for full release.

However, as always data miners continue to dig through the game files to uncover various unreleased features and upcoming changes, and have been keeping track of the progress of gifting.

We got a first look at the system in full in October, showing the menu screen, the ability to gift to multiple friends and even gift to yourself (i.e. a parent gifting to their child’s account).

It was believed after this leak that the release of the gifting system was imminent, but Epic seems to be keen to perfect it before implementing it.

Now new game files have been discovered, showing that when gifts are made players will be able to choose four different gift wrap options; Purple, Red, Yellow or Blue, as well as adding personal message. 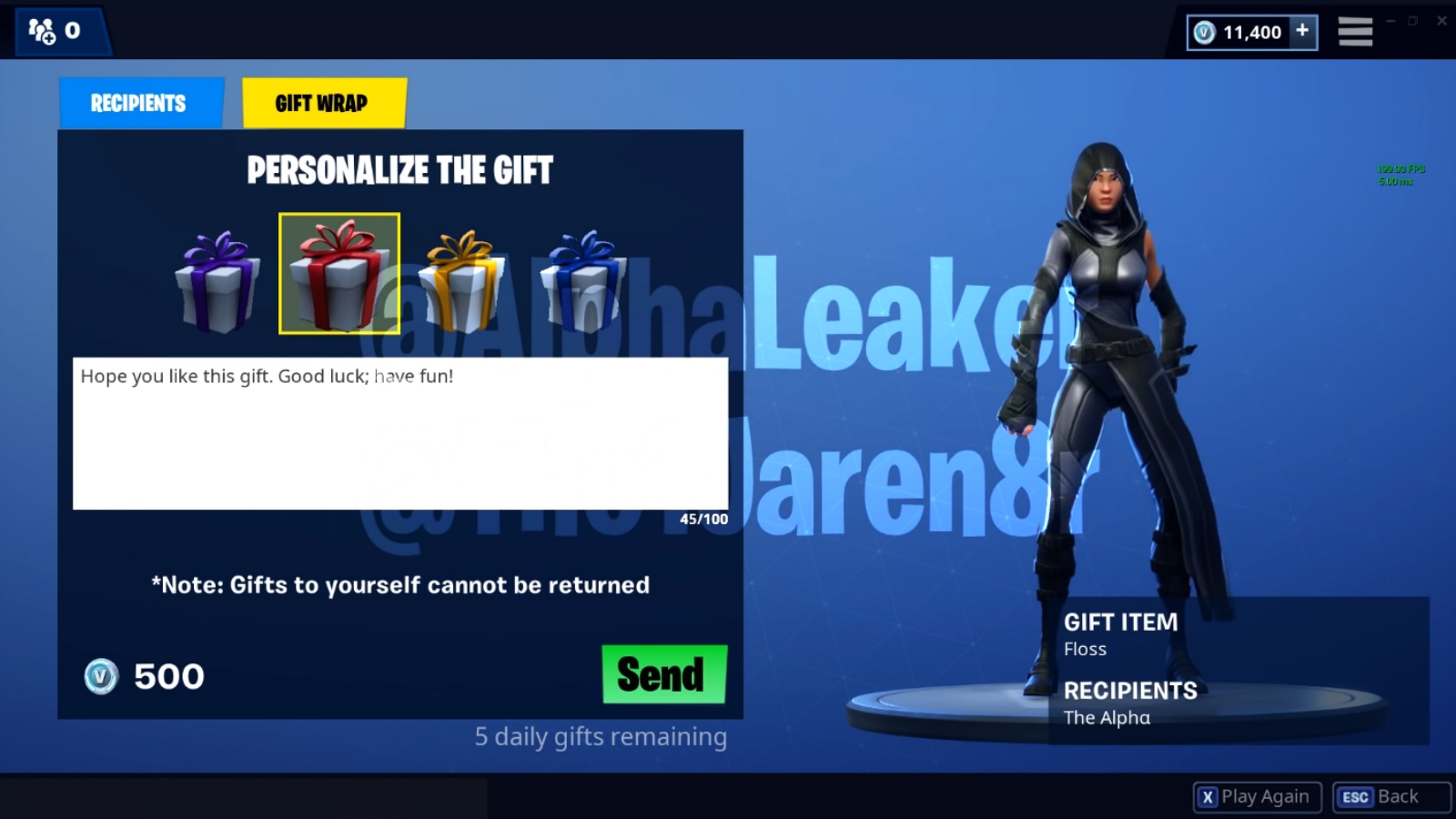 Unfortunately what the game files to do not tell us is when exactly this gifting feature can be expected to go live, and Epic Games still haven’t provided an update either.

It was previously expected to be released at the start of season 6, but with that season now nearing a close, perhaps season 7 will be the point Epic finally gives the gift of gifting to players.