Fortnite’s Flint-Knock Pistol, which was added to the game in the v8.11 update on March 20,  has a number of interesting features, but this ability will make the weapon even more useful.

What is the Flint-Knock Pistol’s hidden ability?

Since its addition on March 20, the Flint-Knock has been popular with Fortnite players due to its unique features, including a knock-back effect on both the shooter and the person being shot. The community was quick to figure out ways of using these to their advantage, noting that if fired at the ground whilst falling, the knock-back effect can minimise fall damage taken.

However, one eagle-eyed Reddit user noticed that shooting an enemy whilst they are gliding does more than knock them physically back. In the clip, Reddit user ‘moogikal’ shoots an enemy gliding towards him, which forces the enemy to drop his glider and fall to the ground, causing them to lose their high ground and potentially take fall damage.

When is the Flint-Knock Pistol’s hidden ability best used?

As with the knock-back effect of the weapon, it is a range-dependent effect. If the opponent is too far away while gliding, they will not be forced to drop their glider. Hence, it is most useful when opponents are close and try to glide and land on a player, as they can be forced lower and high ground can be retained.

The ability is already used by a number of prominent players, such as FaZe Clan’s Turner ‘Tfue’ Tenney, particularly in late game scenarios as players scramble to reach the new circles. However, it is not a well-known ability amongst most public players, but can be used just as effectively if done correctly. 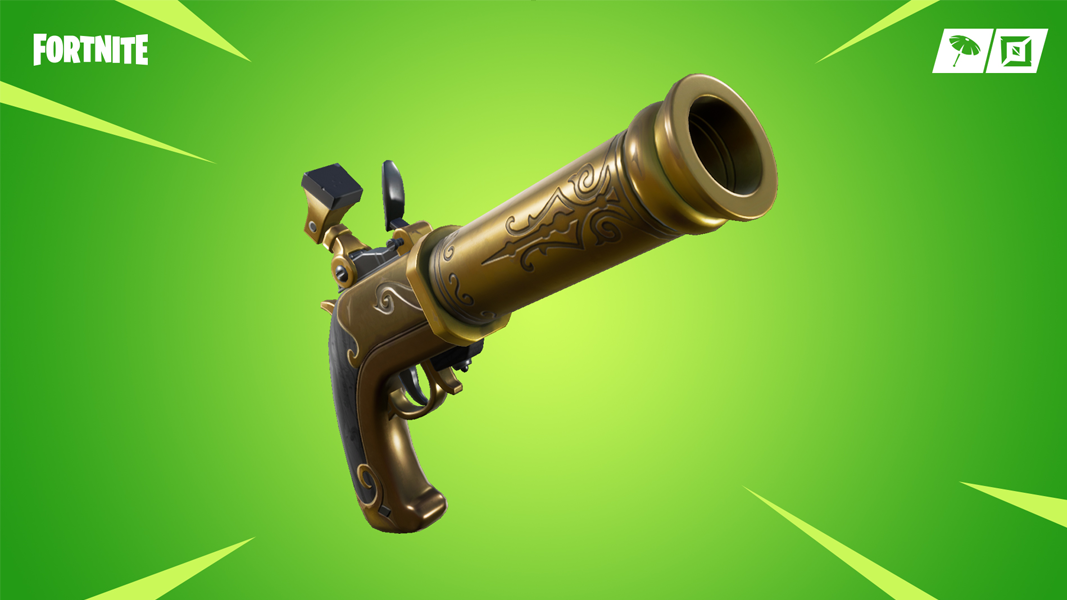 The Flint-Knock Pistol is available in common and uncommon varieties.

The discovery comes as the v8.40 update is implemented into Fortnite, introducing changes such as an Air Royale LTM and the Epic and Legendary variations of the Infantry Rifle.