The leaked Fortnite soccer skins available in Update V.4.4 will be customizable for each country according to data-mined information.

Each week the Epic Games development team release new content for their popular Battle Royale game, and each week people look deeper into the files to find unreleased data.

Epic launched update V.4.4 on Monday, June 11th, which was a couple of days earlier than normal because of the festivities taking place at the E3 games convention in California.

The public updates in the patch showed the introduction of the Thermal Sniper Assault Rifle and a host of other changes, but it was the data mined files that featured the biggest surprise.

The weekly cosmetic leak showed that there would be a soccer theme in conjunction with the 2018 world cup, including player skins, pickaxes, emotes and back bling.

A deeper look at the files by Twitter account @TwoEpicBuddies has shown that there will also be an element of customization depending on your country of choice.

The files clearly list a host of countries, and it’s assumed that will result in different colors and styles for each picked. 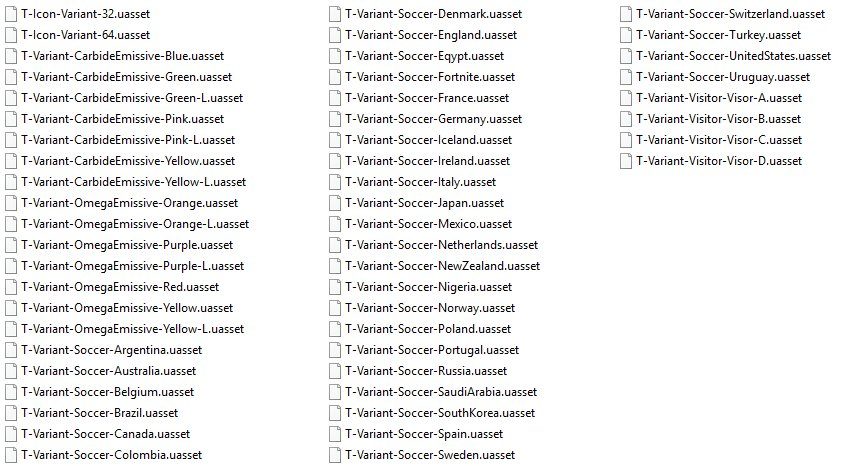 The 2018 World Cup begins on Thursday, June 14th in Russia as the hosts take on Saudi Arabia.