The trailer for the much anticipated Winterfest event in Fortnite Battle Royale has leaked, ahead of the event officially going live in-game on December 18.

Initially expected on December 17, Winterfest was delayed, with the v11.31 update released on December 18, set to bring a new all-snow map, limited-time modes and more.

The trailer for the event surfaced on social media shortly after the update, revealing new Christmassy skins, including a reindeer and Christmas tree.

The trailer also shows the new ‘Winterfest Cabin’, which is expected to have an in-game use, as some sort of hub for the event, perhaps where the presents are granted.

The full Winterfest event is expected to get underway on December 18, but exact details of everything included remain unclear. 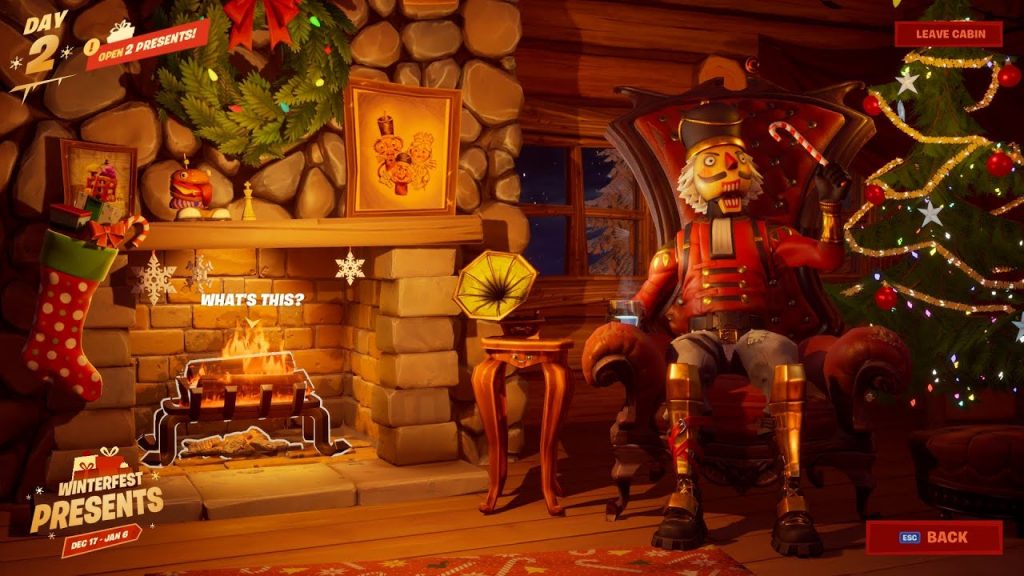 The Winterfest Cabin was leaked by data miners.

We do already have our first look at the completely snow-covered map, as well as the leaked rewards and presents that will be granted for completing challenges, similar to the 14 Days of Fortnite event in 2018.

It’s still not exactly clear what time the Winterfest event will start fully, but it’s expected to be some point on December 18.

Some fans have observed that when Fortnitemares started, it wasn’t live in-game until around six hours after the update was available. It’s possible that similar timeframe will take place for Winterfest.

With the trailer now leaked, it’s bound to only be a matter of time until the event itself is finally in full-swing, but Epic Games are keeping everyone in suspense for now.