Fortnite’s v10.31 Update has arrived, and brings with it a number of map changes to the island, including new updates for Dusty Depot and Tilted Town.

Map changes are extremely important in a battle royale title like Fortnite, as where you land can make the difference between a Victory Royale, or heading back to the Battle Bus early.

Throughout Season 10, Epic Games have been bringing back classic points-of-interest with strange twists, and in the v10.31 Update, the developers made some changes to two legendary locations that will have big ramifications on the popular battle royale title. With the patch now live on all platforms, here’s everything you need to know about the changes made to the landscape.

The Visitor has been hard at work over the last few weeks, building a strange scaffolding above one of the three warehouses that sit at the legendary location.

Dusty has already been the home of the Rift Beacon construction project, with the metallic objects appearing at a number of points-of-interest throughout Season 10, just days before they were transformed into strange versions with bizarre rules. While The Visitor has sent out another Rift Beacon, he’s been hard at work inside the third building, and it looks like Fortnite is edging closer to a major in-game event.

Leaks have suggested that a rocket is being constructed here, and following the v10.31 Update, the bottom portion of the impressive vehicle has appeared, with more of the rocket expected to be built over the next few weeks. 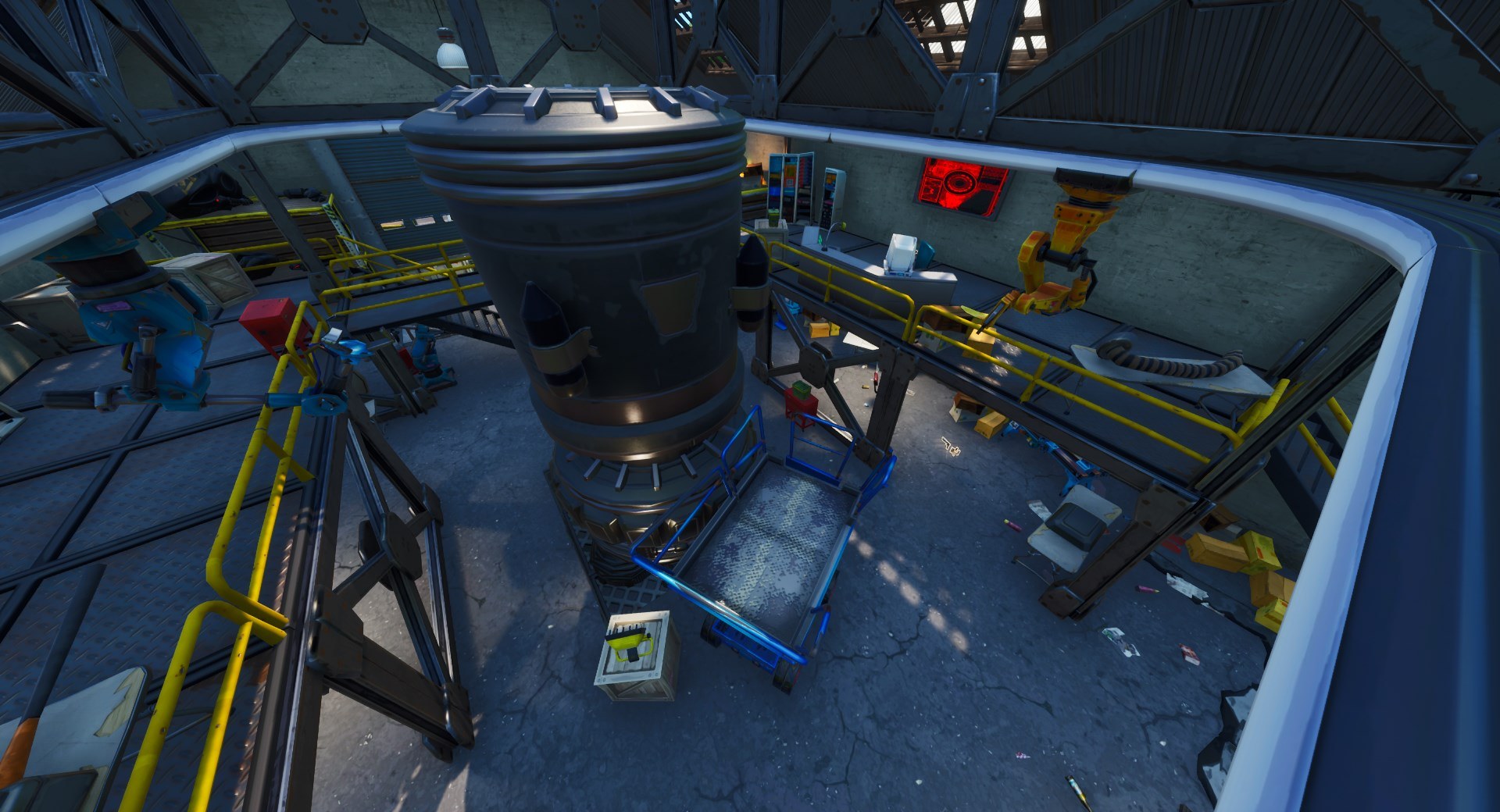 The bottom part of the rocket has been built at Dusty Depot.
[ad name=”article3″]

The popular location in the west of the island has undergone some major transformations in its time, starting life as Tilted Towers, becoming a sprawling futuristic metropolis known as Neo Tilted, and traveling back in time to the wild west under the guise of Tilted Town.

With Rift Beacons popping up in locations before a major update, Tilted Town looks like it’s going to become the first point-of-interest to undergo a second transformation, with another of the mechanical contraptions appearing in the old fashioned town.

According to leaks, we can expect to see Gotham City from the legendary Batman franchise take its place, with data miners revealing that the Caped Crusader will be invading the popular battle royale game, likely in time to celebrate Batman Day on September 21 or to promote the upcoming Joker movie which releases on October 4. 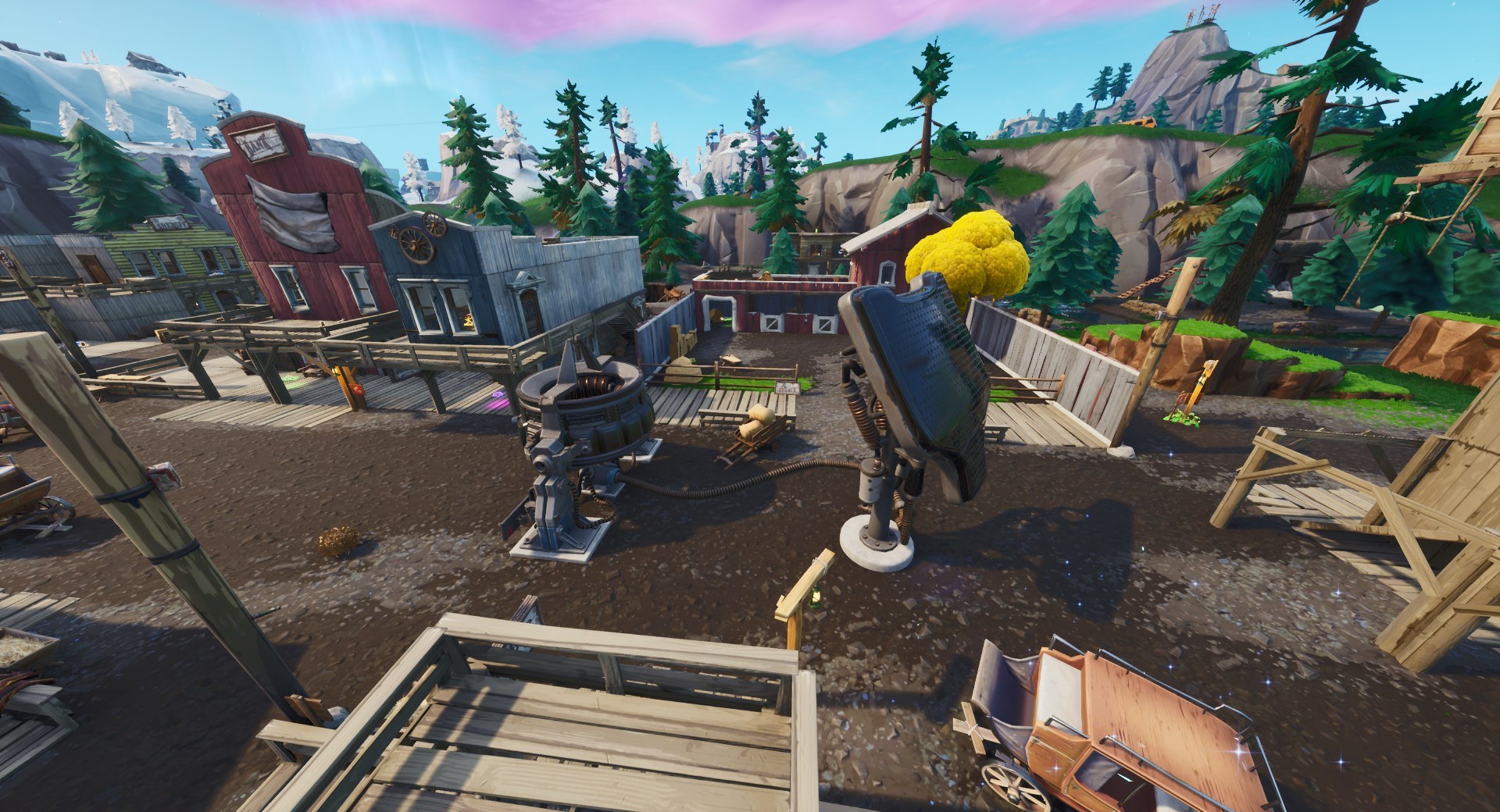 Tilted Town is set for a Batman-themed makeover.
[ad name=”article4″]

Cube Island is on the move again, and has made its way back up to the northwest corner of the island. It has been floating above Greasy Grove for a week, but with the release of the v10.31 Update, it’s now close to Junk Junction, although it’s currently sitting out in the open, and not targeting a specific point-of-interest. 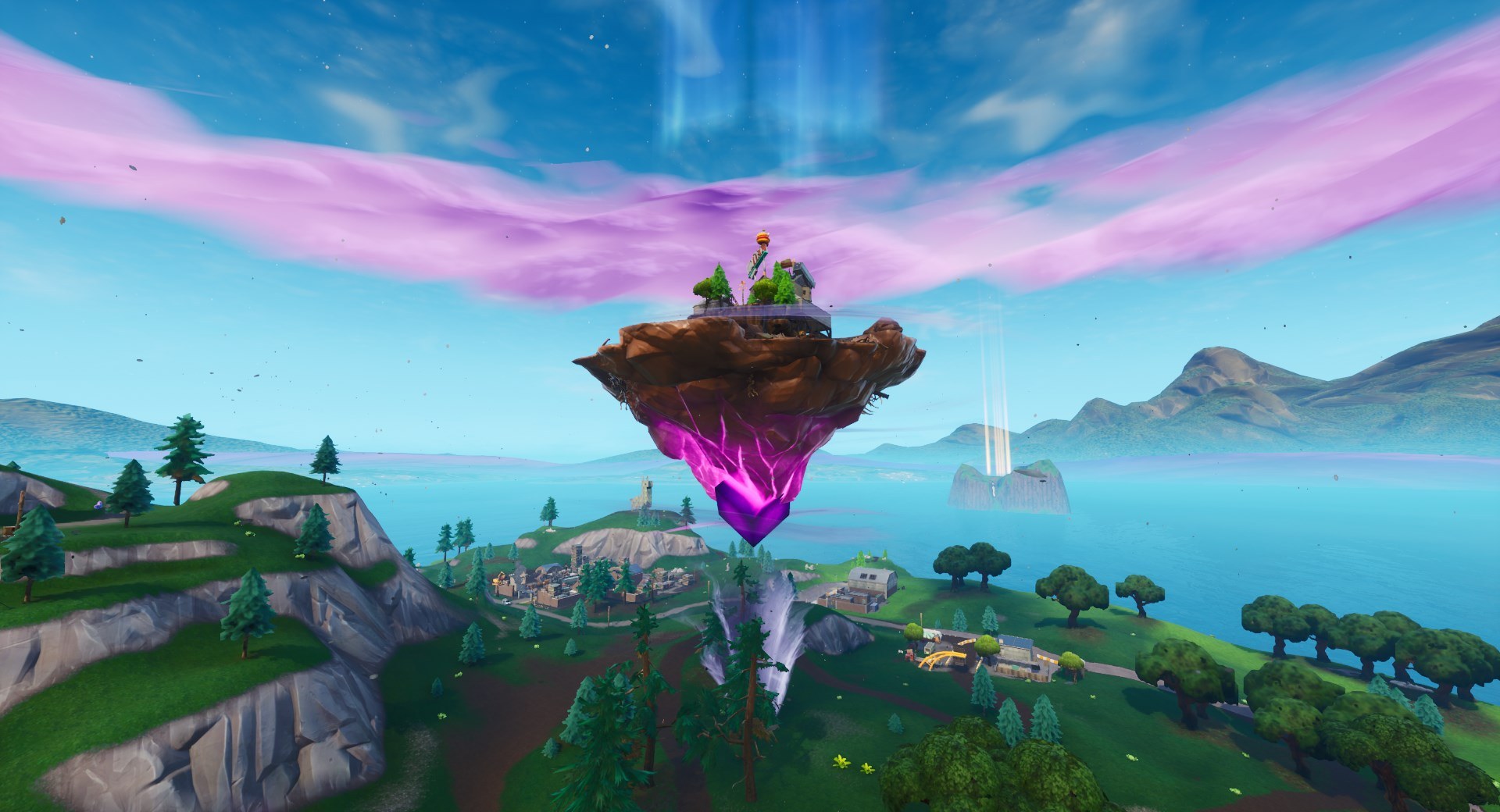 More changes will be found around the Fortnite map throughout the day, so keep checking back as we’ll be constantly updating this article with new additions.