It appears that one of the rarest skins in Fortnite: Battle Royale is making a return to the in-game Item Shop.

Epic Games has announced that the ‘Red Knight’ outfit will be re-released as a purchasable item when the shop resets on July 5th.

Also visible in the image above is what appears to be the leaked ‘Crimson Axe’ pickaxe, which will presumably go on sale alongside the Red Knight on July 5th. 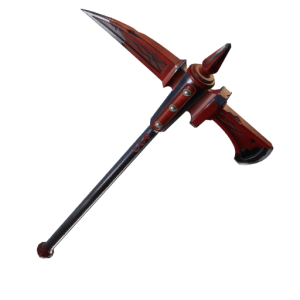 Since its initial release in late December, the Red Knight has been featured in the Item Shop only a handful of times, the latest being on February 20th.

The skin is often referred to as the female version of the Black Knight, which was the final skin unlocked in the Season 2 Battle Pass.

However, contrary to common belief, the Red Knight is not a Season 2 exclusive like the other skins of the Fort Knight set from that season, and there had been rumors that it would return to the Item Shop eventually.

Since its last release, the skin has become quite a rare collectible, especially among those who pride themselves on their vast cosmetic item collections.

So rare in fact, that many have paid hundreds of dollars to illegally purchase accounts containing the Red Knight and other rare in-game items.

Thus, this latest announcement has drawn the ire of many players who either bought an account or took pride in owning the rare skin, prompting them to fill the comments section of Fortnite’s tweet with expressions of anger and displeasure.

However, as Team SoloMid’s Fortnite team captain ‘Myth’ alluded to on his stream, the Red Knight was bound to return to the Item Shop at some point, especially since Epic Games had confirmed it to not be a Season 2 exclusive skin.

Although Epic have not mentioned anything, their decision to re-release the Red Knight could be part of their plan to limit illegal account selling, which has certainly been one of the biggest challenges they have faced to date.