The latest fan creation to come to The Block in Fortnite arrived just in time to celebrate Lunar New Year.

The Block is an area where Fortnite players can submit their own creations to hopefully have them selected and included in the main game.

The latest addition to the custom area is an awesome celebration of the ongoing Lunar New Year celebrations.

The ‘Lunar Street Festival’ was made by NiBLL and was added to Fortnite on February 9, according to a Tweet from Fortnite.

The Festival’s buildings somewhat resembles the Asian-themed ‘Lucky Landing’ location on the south edge of the main Fortnite map.

There’s also a giant pig on top of some characters to celebrate the Year of the Pig in the Chinese Zodiac. 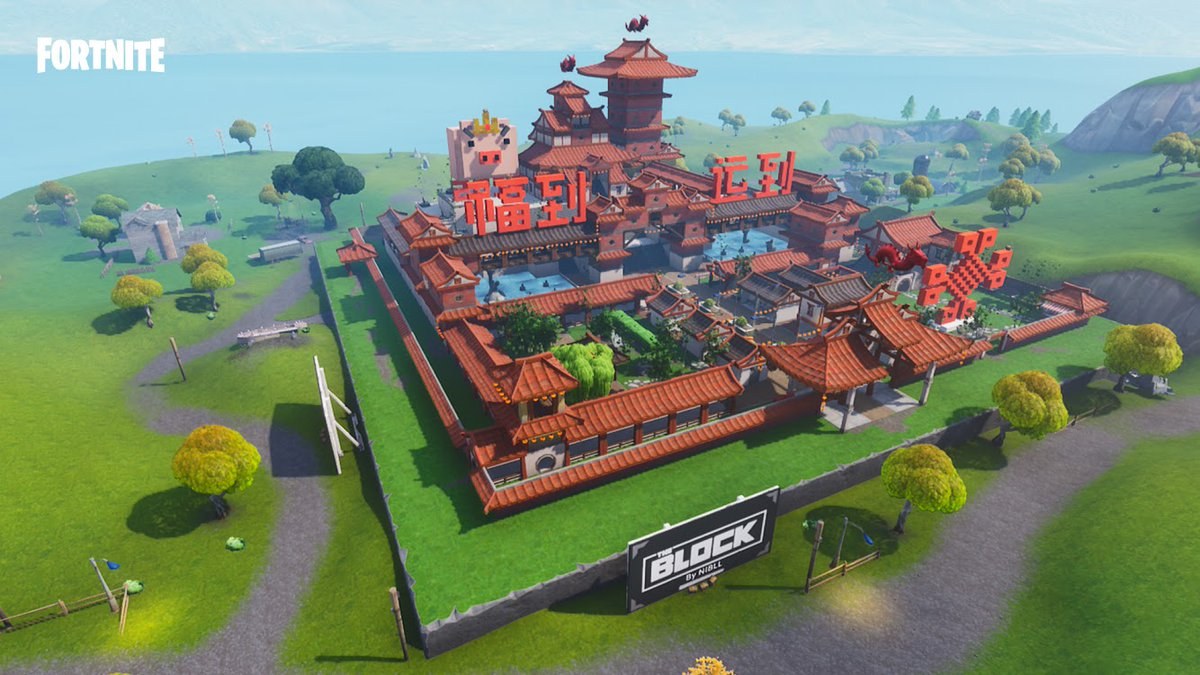 Player creations only seem to last two weeks or so on The Block, so players who want to check out the latest addition will want to make sure they do before time runs out.

To submit creations, players can either tag them with #fortniteblockparty on Twitter, or submit creations on /r/FortniteCreative with FortniteBlockParty in the title of the post.

Fortnite has celebrated Lunar New Year before, and this festive Block creation seems to show Epic Games intends to continue.