Epic Games announced on Thursday, September 6 that they were officially removing the controversial Combat Shotgun, and some of v10.20.2 patch, the developers of the popular battle royale title revealed they had vaulted a number of weapons including the Drum Shotgun, but the decision to eliminate the Combat Shotgun from the current loot pool had pro players and popular personalities alike discussing the change.

By far the most powerful shotgun, with incredible range and high damage, many are glad to see the back of the weapon, but not everyone was pleased by Epic’s decision to place the item into the vault. 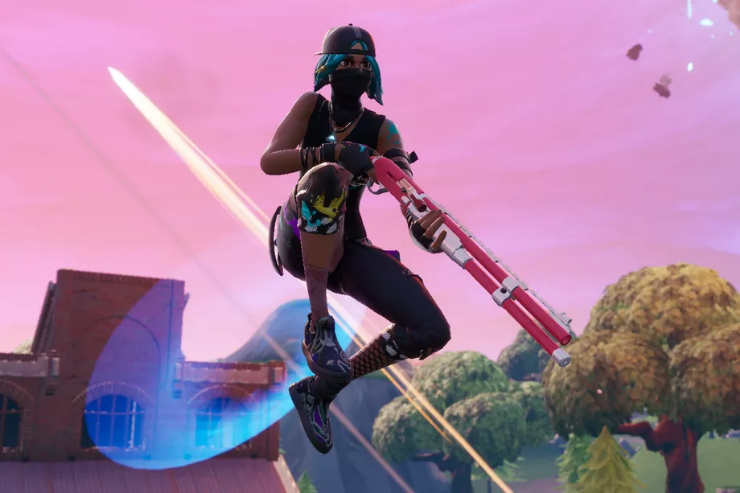 The Combat Shotgun was one of Fortnite’s most powerful weapons before its removal.
[ad name=”article2″]

FaZe Clan’s Nick ‘NICKMERCS’ Kolcheff shared his disappointment at the removal, with the controller player frustrated by the decision.

“Not the combat fam,” wrote the streamer on Twitter, pairing it with an emoji of someone facepalming, clearly not happy that he’ll no longer be able to wield the weapon.

NOT THE COMBAT FAM :person_facepalming::skin-tone-2:‍♂️

Timothy ‘Bizzle’ Miller was also upset, writing on Twitter: “Am I the only one who liked the combat? Sorry I don’t like getting aim assisted for 200 (HP) with a Pump Shotgun.”

Am I the only person who liked the combat?? Sorry I dont like getting aim assisted for 200 with a pump

Mixer star Tyler ‘Ninja’ Blevins disagreed with Bizzle’s opinion though, responding that the “gun is the easiest weapon to use in the game and has (no) skill gap.” When the Ghost Gaming pro told the streamer he would “10-0” him in a Combat Shotgun battle, Ninja delivered an amazing roast, simply responding: “Must have read my book.”

The gun is the easiest weapon to use in the game and has 0 skill gap?

Must have read my book.

On the other hand, Turner ‘Tfue’ Tenney, who now reigns supreme as the biggest Fortnite streamer on Twitch, was delighted to see the back of the gun, showing his excitement at the move before explaining that the game is “more enjoyable” when the Pump Shotgun is the dominant weapon in the meta, with TSM’s Ali ‘Myth’ Kabanni showing his agreement.

Kyle ‘Mongraal’ Jackson was conflicted by the news, explaining that they vaulted his favorite shotgun, but that he is a big fan of the Suppressed Assault Rifle which returned in the patch.

Ben ‘Dr Lupo’ Lupo was happy with the changes in the update, sending emojis of clapping hands in response to Epic’s tweet, while Dennis ‘Cloak’ Lepore called on Epic to unvault the Epic and Legendary versions of the Pump Shotgun in response to the vaulting.

unvault the purple and legendary pump

Just because the developers have decided to remove the Combat Shotgun from the game now, doesn’t mean we will never see it again though.

Epic Games always stress that any item placed in the vault is always eligible to return, so it’s possible we could see the weapon return to the game at some point in the future, possibly with a rework to address its crazy power and bring it more in line with Fortnite’s other shotguns.