Despite Epic Games pledging to nerf the new and controversial Infinity Blade item in Fortnite Battle Royale, some of the game’s biggest content creators and pro players are still not satisfied.

The Infinity Blade is a powerful sword added to Fortnite on December 11, and after a contentious couple of days of seemingly endless complaints, Epic Games announced that they would be adjusting the item in the next game update.

However, upon reading the details of the announcement, many prominent content creators and pros remain unhappy about the Infinity Blade.

One of the more consistently seen complaints, which was ringing around before and after news of the nerfs was announced, is that the sword throws off the competitive/casual balance that exists within Fortnite.

Many are contending that the Infinity Blade should either be vaulted or be moved to its own Limited Time Mode, which would essentially be a blanket solution for all of the issues.

However, Epic Games do not seem to be inclined to go down that route, and have instead opted to introduce changes to the item and continue to have it in the game. 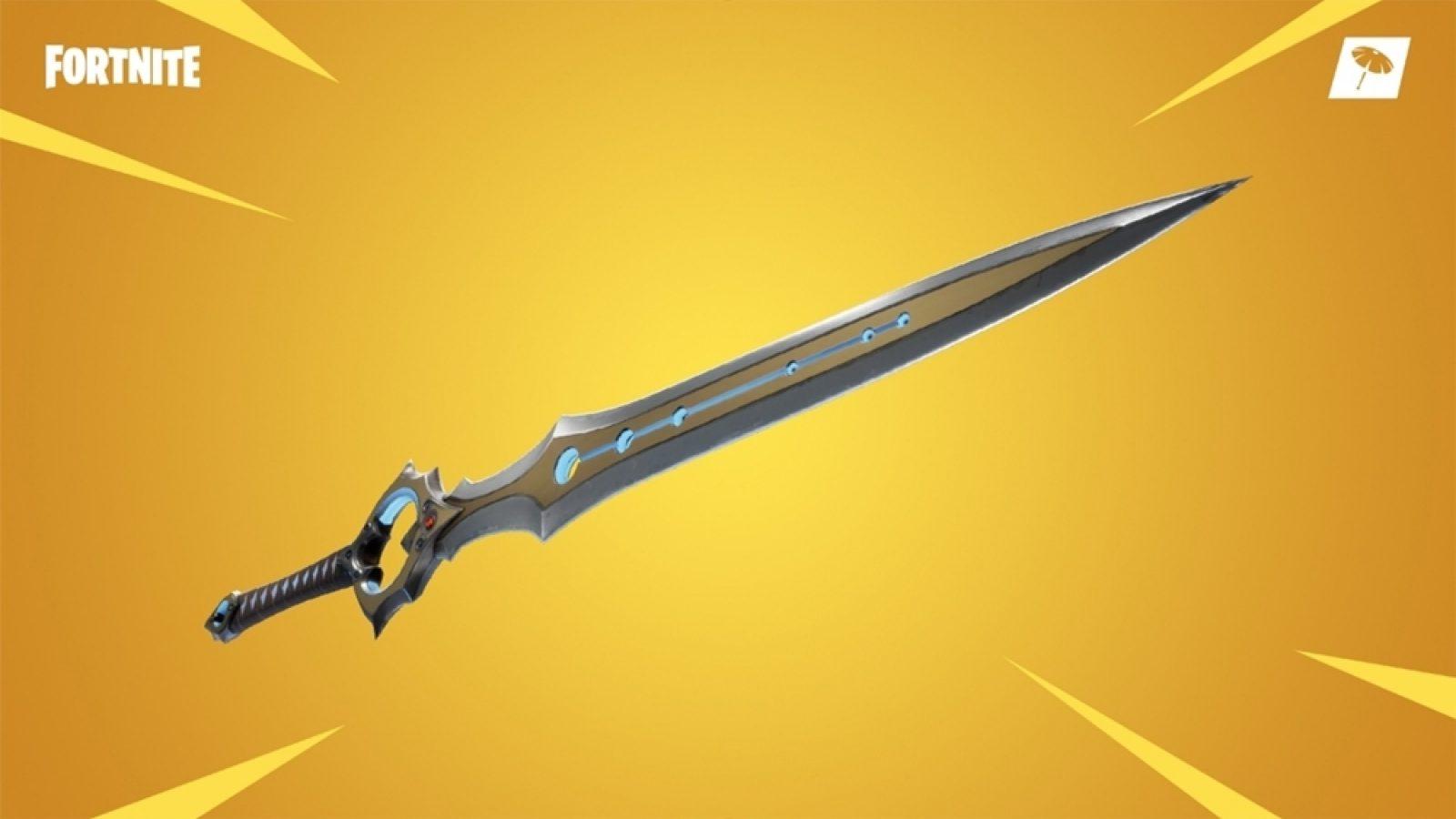 All that being said, it’s worth looking at some of the latest reactions of big-name content creators and pro players about the sword and the nerfs that Epic will be applying to it.

Included in these reactions are tweets from CouRage, DrLupo, 100 Thieves’ Parallax, I_AM_WILDCAT, CLG’s Wish, FaZe’s Cloak and Thiefs, and more.

A small step in the right direction but still not enough. Nobody enjoys fighting the sword. At least when you fought Thanos you were like "oh this is badass" because it was the LTM.

How on earth is the sword still in-game in its current state? I absolutely love Epic and 95% of what they do to the game but this just fundamentally ruins Fortnite.

Please just make it a LTM and everyone will be happy.

Rather surprised that Epic intends to keep the Mythic item theme going in Fortnite with the outcry from the competitive community about the sword.

Curious to see how the sword plays after the coming nerf in 7.10. (No more building or farming with it.) :shrug:‍♂️

My bet – this will be mostly effective in competitive, UNLESS people start using the sword to rotate for an elim, then drop the weapon, gather mats, build around the sword, and pick it back up.

By the way – "Just remove it" isn't how this works, y'all. If you want to be heard, try to express your desires with a middle ground. Don't yell at Epic like they owe you money, "or else."

Compromise. They coded this thing in. If you want change, be constructive.

Your game grew because of the way it once was. Why will you not listen to what EVERYONE is saying and just remove the things we ask to be removed?

What is the point of these mythic items? I just don't get it…

Please, I want to play Fortnite. This is not Fortnite.

But a sword that gives you double health, regens over time and on kills, allows you to fly around, etc while still being able to build is just plain stupid

So Fornite plans to continue adding Mythic Items to the game.

Not a fan personally. Doesn't make the game more interesting or diverse in anyway. Makes it the opposite.

I can now with 100% certainty predict that I will see someone with a Sword every game.

“The presence of Mythic items in gameplay is to provide an interaction a step above the Legendary item functionality and something you’ll continue to see.”

Friendly reminder to remove the sword from the game completely. thank you.

Daily reminder to remove the sword from Fortnite.

In solos you don’t need to build with the sword. I think it’s a decent nerf for duos and squads but solos need it’s own nerf

I care about Fortnite a lot. Even though I do not typically like Reddit, I signed on to voice my opinion on the post. I really want what's best for the game. For everyone, not just myself.

We wanted re deploy back, 50 health/shield per kill, and ranked play and we got airplanes and an item in every playlist that makes you Thanos

Once again, the way to fix Fortnite, like almost every other game, is seperate competitive and casual. Every BR game tries to balance both and it doesn’t work. What’s good for Casual is almost always bad for Competitive and vise versa.