Fortnite Battle Royale players may finally be able to gift Battle Passes during the upcoming Season 9, according to a new leak.

Gifting has been available in Fortnite Battle Royale, for limited time periods, since Epic Games first rolled out the feature in the v6.31 update. It has been brought back a handful of times since to give players the ability to pass on skins and other items to their friends.

Now, according to new leaks, it appears as if it will be making a return in Season 9 and players will be able to gift more than just skins and emotes. 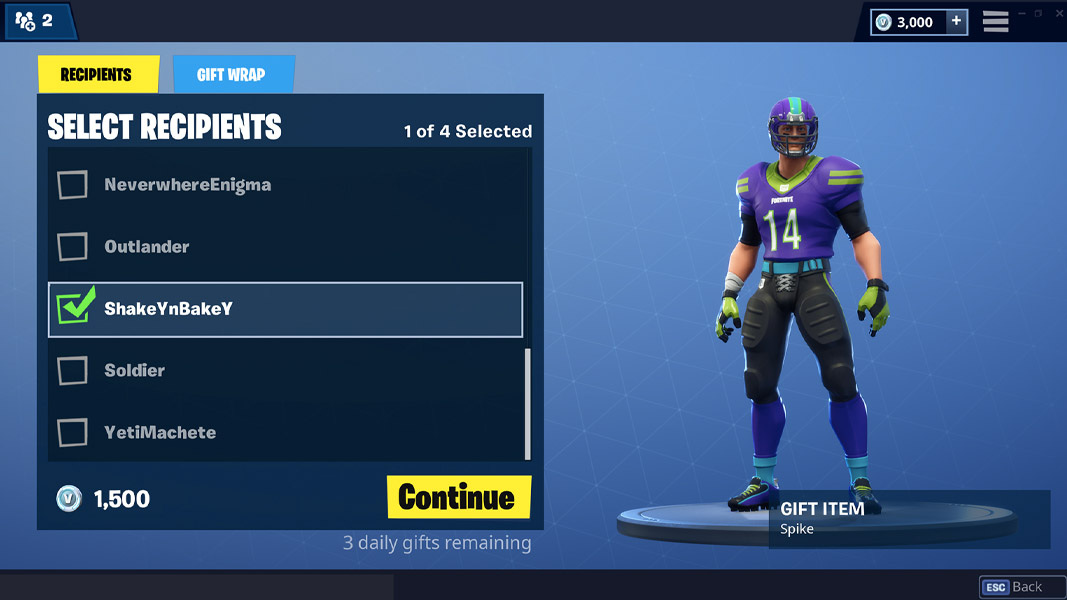 Epic Games first added gifting back in the v6.31 Update.

According to apparent datamined files, players will be able to gift Battle Passes to their friends during the soon-to-be-released Season 9 – which is set to start around May 9th.

A number of Fortnite Battle Royale leakers revealed the new information on Twitter, including FNBRLeaks. While the user did not have any in-game code or leaked animations to show us, they tweeted: “Starting Season 9, you’ll be able to gift the Battle Pass to users via the Gifting System.”

Starting Season 9, you’ll be able to gift the Battle Pass to users via the Gifting System :yes::skin-tone-3:

That information was seemingly backed up by another Fortnite Battle Royale leaker, Guille-GAG, as they tweeted out a photo of in-game files that looked to be a set of coding that would allow players to trade battle passes.

We can now confirm you are ABLE to GIFT BATTLE PASSES. pic.twitter.com/pOuNPqT7QK

Despite these supposed leaks, there has been no official word from Epic Games about whether or not players will be able to gift battle passes to their friends.

As there has been no official word, confirmation or otherwise, there is sure to be speculation about how long this gifting period may last considering players were only previously allowed to purchase items for their friends for around one week.

It remains to be seen if the idea will actually be implemented in-game and if players will need more account security than the multi-factor authentication that was required to gift items back in season 6 and earlier in season 8.