Epic Games have announced the release date and time for the v8.00 update in Fortnite Battle Royale, which will kick off the highly anticipated Season 8.

With the seventh season of Fortnite coming to a close, seemingly the entirety of the vast player-base is holding its collective breath in anticipation of the mysteries and changes that await in Season 8.

With the new season less than a day away from going live, here is everything we know so far about the next major update.

When does Season 8 go live?

Epic have announced that the size of the patch will be larger than normal updates, so the downtime is expected to be pretty long.

While players do have to wait until the downtime for the v8.00 patch notes to be released, there has been a lot of information that’s already been confirmed about Season 8.

The tweet above strongly suggest that there will be some sort of pirate theme in Season 8, while the teasers that have been released over the past few days point to a lot of other possibilities as well. 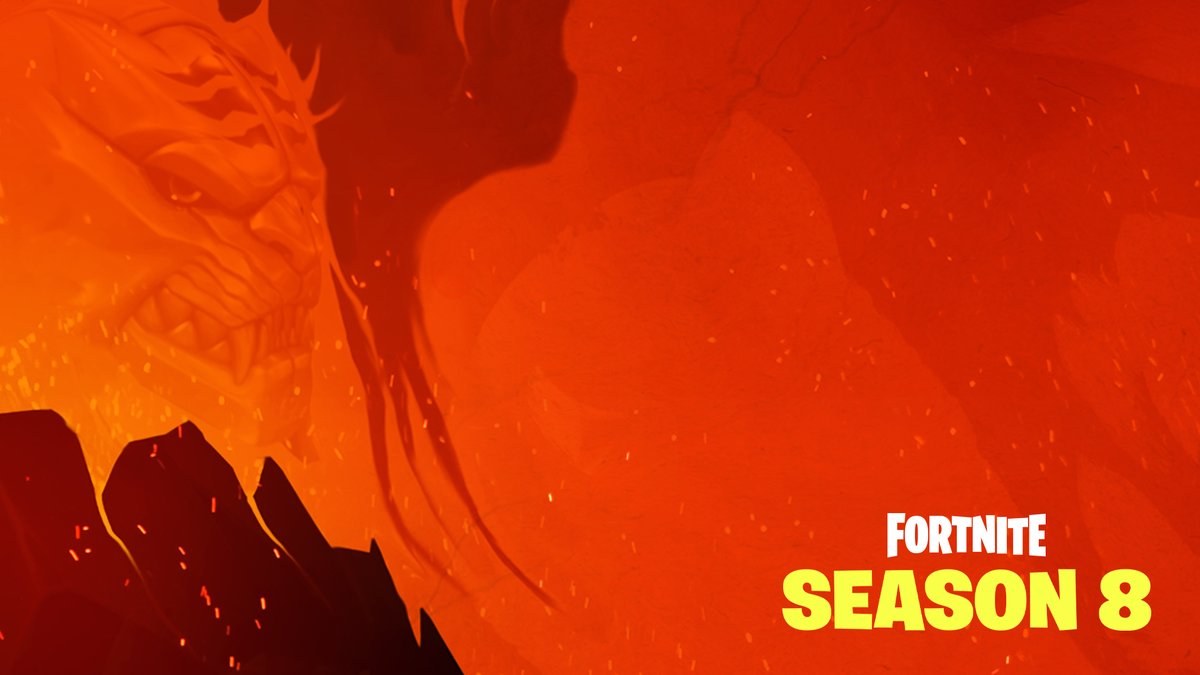 The teasers for Season 8 have raised more questions than they’ve answered.[ad name=”article4″]

One of the major changes will be the removal of the X-4 Stormwing planes from the default core modes, as they will be going into the vault right from the get-go.

However, the Driftboard vehicle will not suffer the same fate as Epic plan on keeping the new vehicle for the time being. 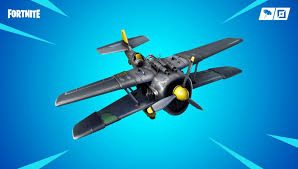 The highly controversial X-4 Stormwing planes will be vaulted at the start of Season 8.[ad name=”article5″]

Epic have also announced that there will be several major audio improvements implemented as part of the v8.00 update. The full list of these changes can be seen below: 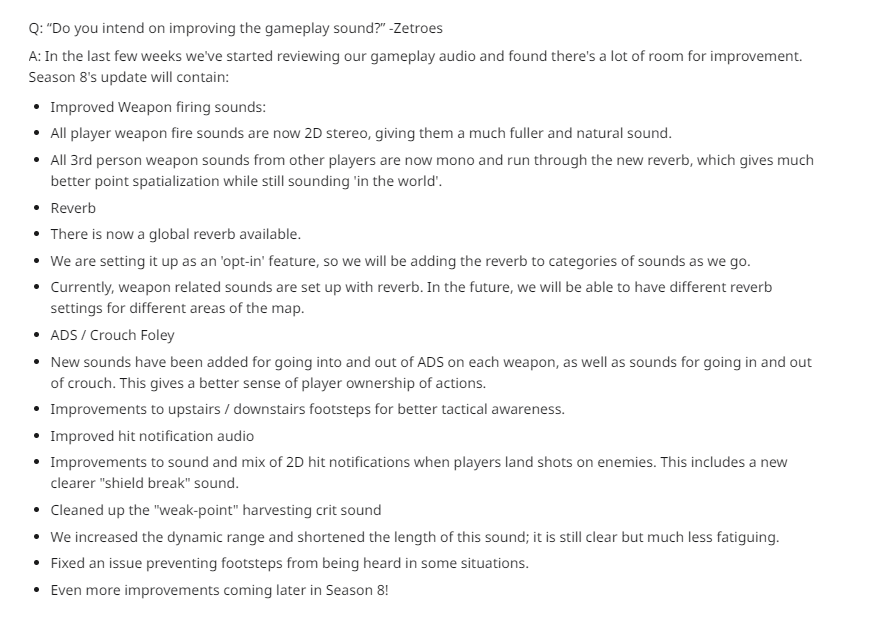 What else can we expect?

While there isn’t too much else confirmed about Season 8, there are a lot of things that players can expect to be added or changed at the start.

With in-game earthquakes rumbling stronger and stronger over the past few weeks, all eyes will be on the map as there are sure to be some major changes made to it.

Many are speculating that Tilted Towers will be severely damaged, along with other locations on the map, while the rotting trees and vegetation in Wailing Woods suggests that the location could be on its way out. 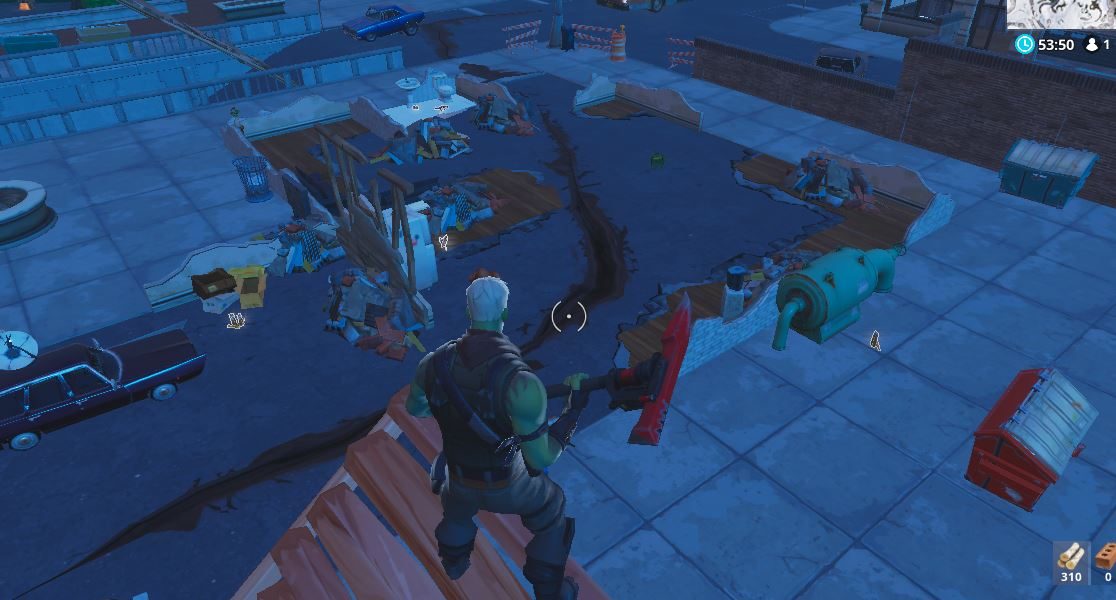 The brand new building in Tilted Towers has already been destroyed again.

There is also strong speculation, sparked by apparent leaks, that a new location named Sharky Shrubs will be added, which would certainly fit in with the whole pirate theme. 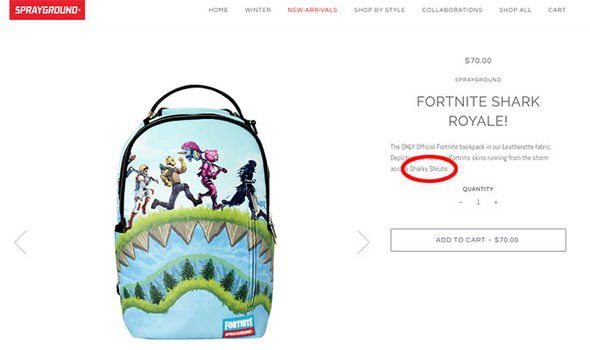 Speaking of the pirates, many are also theorizing that new themed weapons, items, and vehicles will be added to the game’s core modes, such as ships, cannonballs, and more.

Players should also expect a flurry of new cosmetic items to come their way in Season 8, many of which will likely be found and leaked by data miners shortly after the update goes live, so make sure to stay tuned for that.

@tfue has a grave prediction for @fortnite if @playapex keeps on going as it is. ⠀ ⠀ ⠀ ⠀ #fortnite #apexlegends #playapex #gaming #twitch #tfue #twitch #br #battleroyale

Make sure to follow us on Twitter @Dexerto and keep an eye on the Dexerto Fortnite page as we will post the full patch notes, breakdown of all map major changes, any and all leaked content, and anything else having to do with Season 8 in Fortnite!