Data miners have discovered and released leaks of new emotes coming to Fortnite Battle Royale as part of the first Season 5 update.

Quickly after the much anticipated release of the v5.0 update marking the beginning of Season 5, data miners were quick at work digging through the game files to uncover upcoming content set to release.

The best known and reliable data mining duo ‘TwoEpicBuddies’ have found ten new emotes in total, and while the full animations are not yet available the names and still previews are visible.

Other details such as rarities and the cost of precious V-bucks for these new emotes are not yet known, but fans shouldn’t have to wait long before these are available in the item shop. 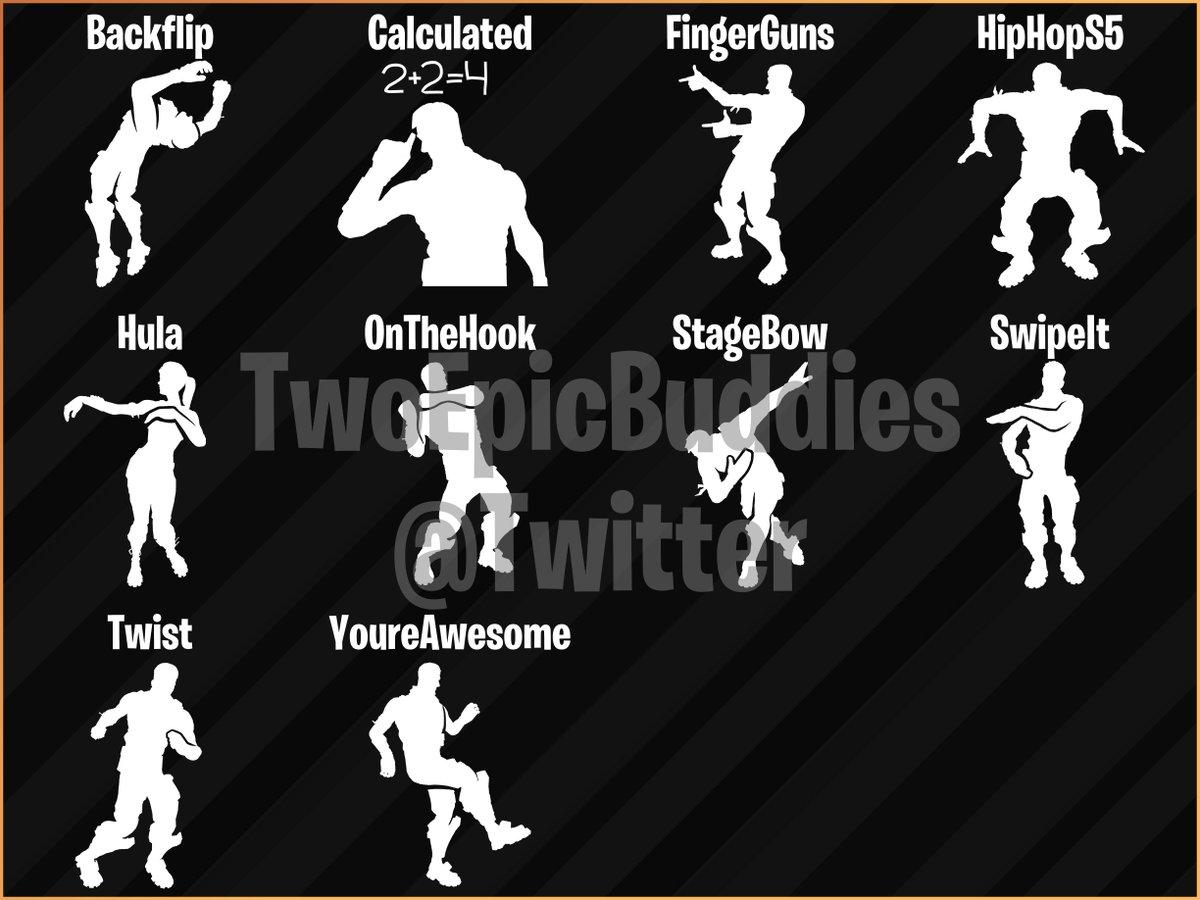 TwoEpicBuddies also earlier leaked a slew of new skins and cosmetic items (gliders, back bling, pickaxes etc.), along with the images of new outfits revealed by Epic Games officially.

Leaks also showed that the Season 5 battle pass will feature phases of progression again, with an elusive secret skin presumably unlocked at the highest tier.