Fortnite Season 10’s final event name might have been leaked

The end of Fortnite seasons are always action-packed with a live event that ties together the story being told, and it appears the name of it has leaked.

It seems like Season X is building towards multiple things with its live event considering we have whatever The Final Reckoning is and the rocket launch that seems like it’ll be taking place in Dusty Depot.

Many rumors and theories have pointed to the event taking place at the tail end of the season, instead of days before like it traditionally has. 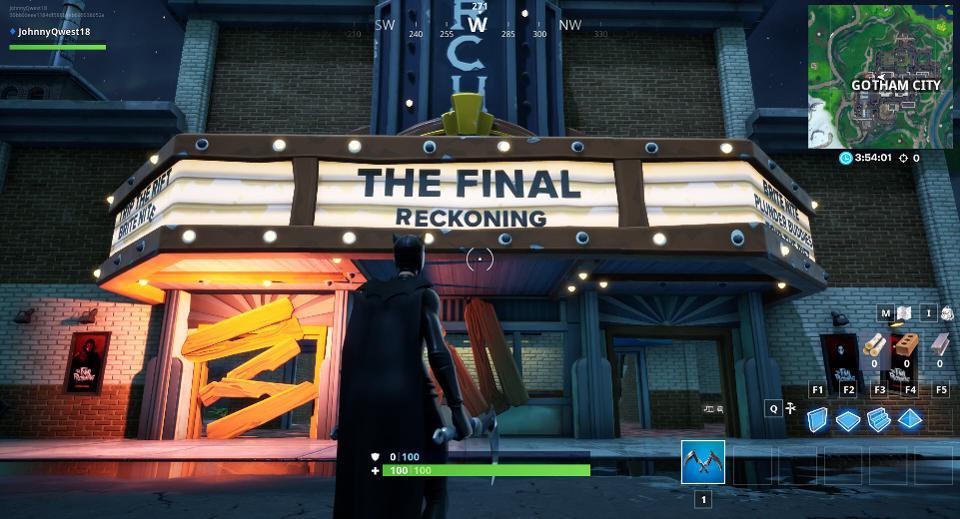 The Fortnite Final Reckoning is on the way.
[ad name=”article2″]

There is a lot of speculation that the map as we know it will be completely overhauled for the next season and the leaked name might actually back up that idea.

A leak from FortTory, BOBERLEAKS, and delta3a29 that was posted by ShiinaBR shows the name of this event will be “The End” which could mean a variety of things.

The Event title of the new LTM will be "The End" :eyes:

The title could refer to the end of the map, which is a pretty obvious assumption, but there’s a bunch of different ways this could go.

“The End” could simply refer to the end of the season, or it could be the conclusion of the rocket being built. It’s hard to pinpoint any one single direction for the time being.

For right now, it’s important to take this information with a grain of salt as nothing has officially been announced.

Until we get confirmation from Epic Games themselves, all we have is speculation and while it’s fun to do, it doesn’t mean a whole lot until we get something concrete.

We will likely get some more clues about the direction of this season with the upcoming v10.40 update, that is currently scheduled to arrive on September 25.

Season 10 wraps up on October 6 so we’re quickly running out of time for Epic to show their hand. Going by the weekly schedule, there will be just one more update following this next one, so expect to see a lot of answered questions soon.