Back by (very) popular demand, Epic Games has re-added the refund or ‘self-service return’ option to Fortnite Battle Royale, as part of the v.4.3.0 update of May 30th.

The option was previously removed from the game on April 24th, after an “issue” was discovered – but players were desperate to have the feature back as soon as possible.

Some thought that Epic Games was attempting to simply cash and avoid losing out on profits, but it became apparent that they did in fact intend to bring back the system when possible.

The system is a little more difficult to use this time around however, so if you are looking to refund a skin on Fortnite, this guide will walk you through the process.

The option is now found in the settings menu, on the final tab, named “Account and Content.”

Be aware that you are only given 3 lifetime refunds, meaning once you have refunded three items the option will no longer be available to you.

The system is intended to assist in instances where you accidentally purchase an item, rather than because you simply changed your mind – so don’t be frivolous with your refunds. 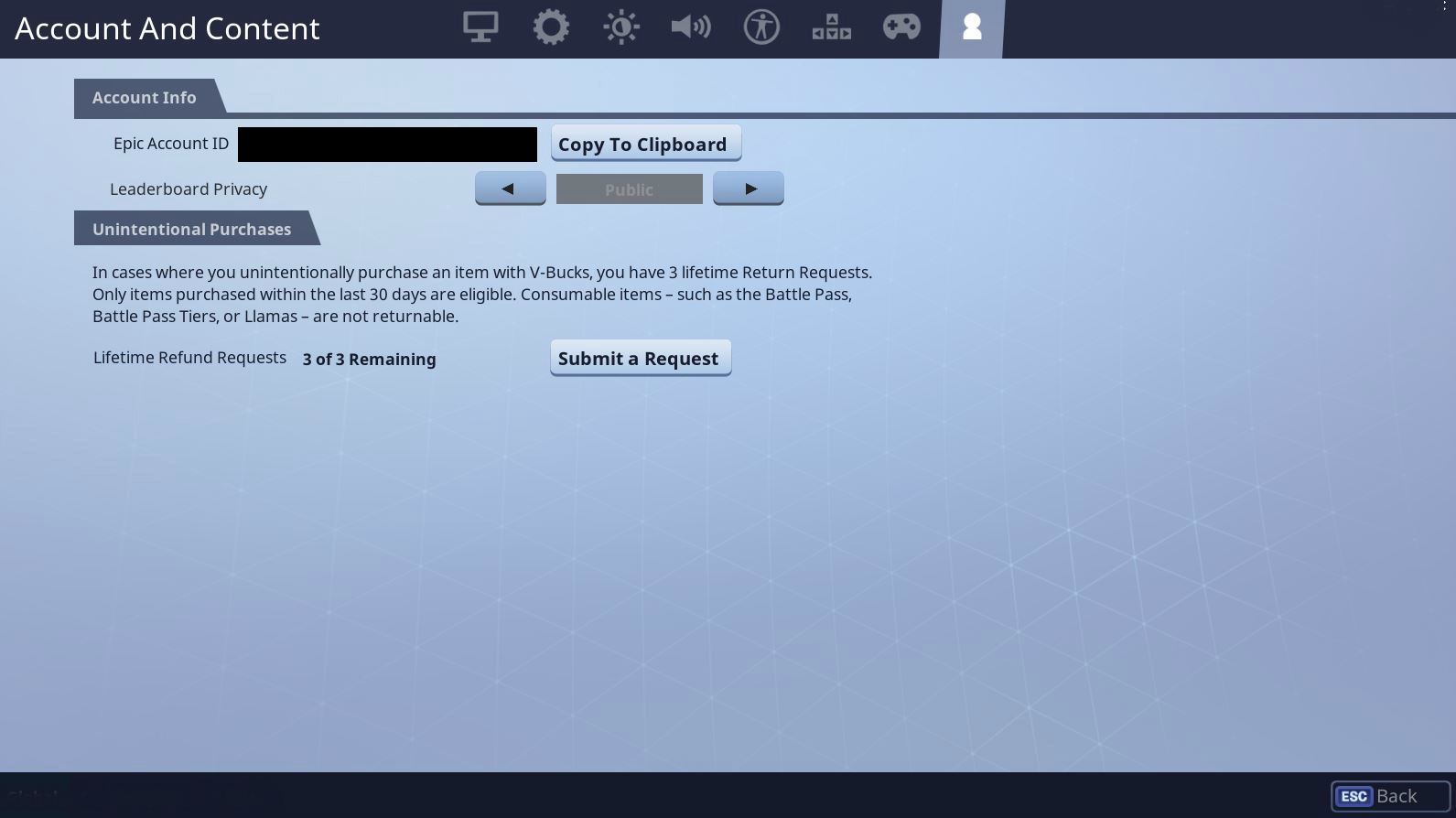 In cases where you unintentionally purchase an item with V-Bucks, you have 3 lifetime return requests.

Only items purchased within the last 30 days are eligible. Consumable items – such as the Battle Pass, Battle Pass Tiers, or Llamas – are not returnable.

Many fans will overjoyed to see the system return after lots of requests, however as it only allows items purchased in the last 30 days to be returned, it will not cover everything you have purchased.

You can view the full patch notes for V.4.3.0 right here, with information on the new shopping carts, mushrooms and more in Fortnite Battle Royale.