The use of a mouse and keyboard while playing on a console has been a major topic of debate among Fortnite community members.

On Tuesday, August 7, Epic Games announced via the official Fortnite Twitter account that ‘mouse functionality’ has been successfully restored to those using a keyboard and mouse on the PlayStation 4.

The announcement comes just hours after community members reported various issues with mouse functionality following the V5.2 update on Fortnite, along with an issue regarding challenges showing up as incomplete.

At the time of writing, Epic is still investigating the bug with challenges. 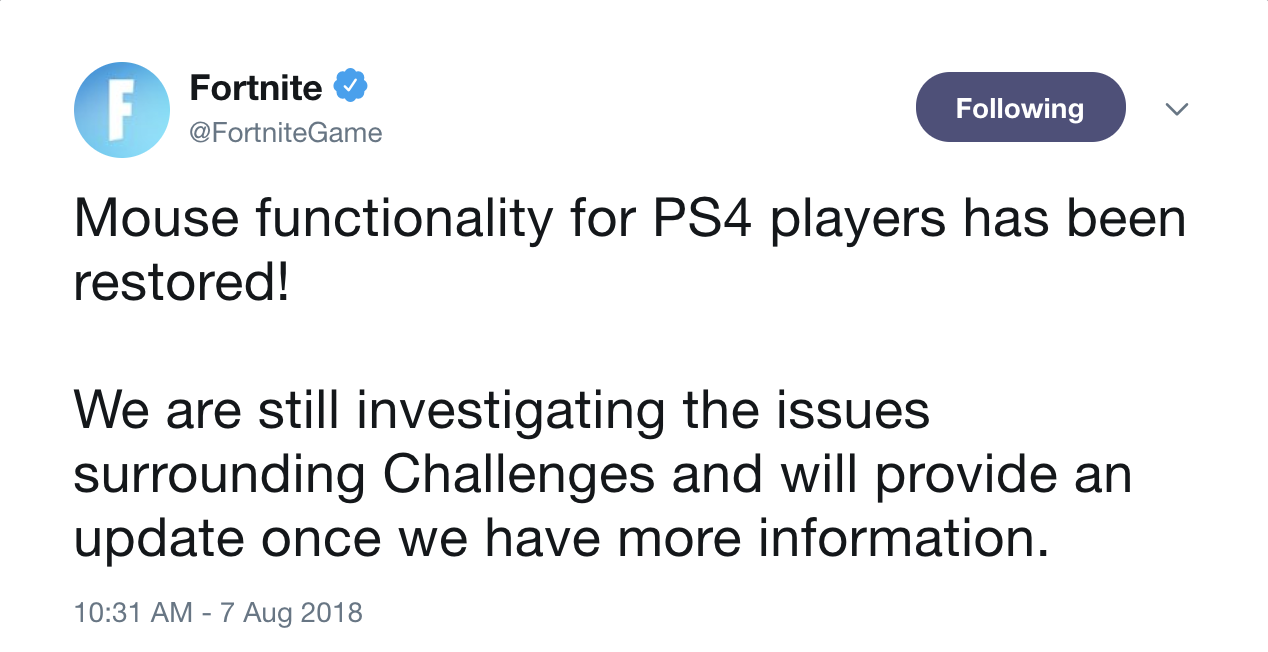 In recent months, some members of the Fortnite community have voiced their concern with the ability to use a keyboard and mouse on the game while playing on a console, stating that it could provide an ‘unfair advantage.’

However, others argue that the framerate cap on a console does not provide those with a keyboard and mouse plugin with much authority and that it equals itself out.

We will continue to provide updates when new information is made available regarding the issues with challenges in Fortnite.

A full list of patch notes, new additions, and much more in the V5.2 content update can be found right here.