The launch of Fortnite Battle Royale on mobile has proven two things – that it is the most popular game in the world, and also that the loot box system is no longer king.

Loot boxes, supply drops, cases, packs or whatever you call them, have become a common feature of almost every game released in the past four or five years.

But they are far from popular with players, who have to spend their hard-earned cash in hopes of getting a better or more valuable item, and of course it’s all a game of chance.

These tensions came to boiling point recently with the backlash against EA’s Battlefront II – which had a particularly forceful loot box system – leading to some countries in Europe even making loot boxes illegal.

However, the success of Fortnite on mobile, in direct comparison to its chief competitor, PlayerUnknown’s Battlegrounds (PUBG), proves that there is a better way for both developers and players.

Recent data from SensorTower shows just how badly PUBG has taken the loss in the battle for mobile, with Fortnite beating it on revenue by 5:1 on iOS (the only devices Fortnite is available). 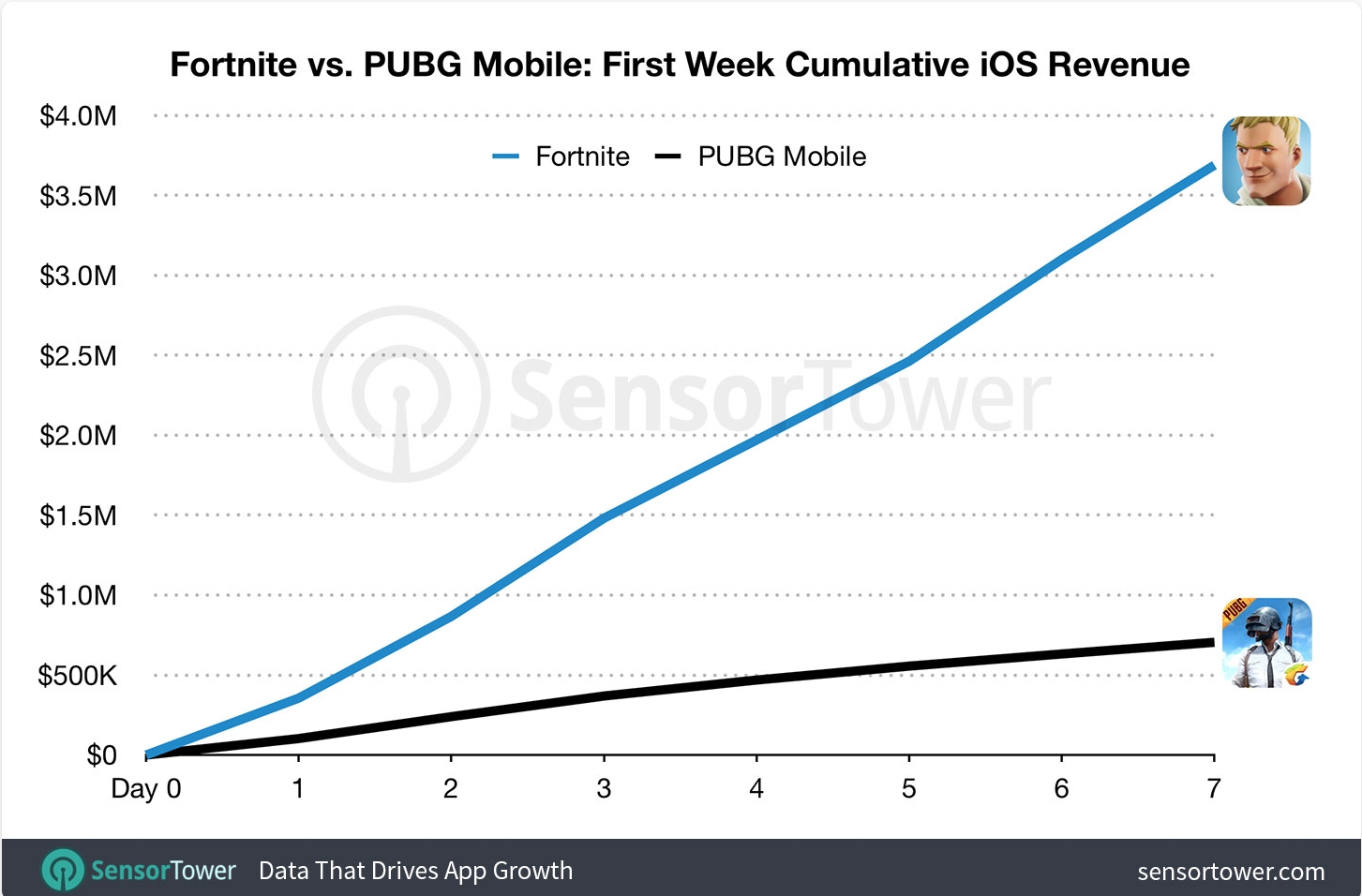 Both games are free to play on mobile, and PUBG is actually available on Android and iOS while Fortnite is limited to the latter.

Essentially, Fortnite has a much smaller player base on mobile than PUBG, but are making a LOT more revenue.

“By the time PUBG Mobile began monetizing a week ago on the App Store, it had already been installed by approximately 22 million iOS players outside China. By comparison, Fortnite had only 3.7 million downloads during its first seven days and was only accessible to a smaller portion of those during its invite-only launch event, so it was earning substantially more revenue on a significantly smaller player base.”

So, how can Fortnite be making more money with such a limited player base?

SensorTower explains that PUBG’s use of the loot box system is simply not as incentivizing for players, compared to Fortnite’s daily items model.

“[Fortnite] offers limited-time costumes and set daily items that players can purchase outright, as opposed PUBG Mobile’s primary use of loot boxes that produce random (and often duplicate) items when opened by players. Fortnite also offers a Battle Pass for the equivalent of $10 that rewards players with additional items as they complete challenges and level up during each of the game’s seasons.”

So, let this be a lesson to game developers – ditch the loot box system in favor of straight purchases, but limited time items. Players prefer it, and devs make more money, win-win.