Another batch of Fortnite leaks have shined light on moves Epic Games might be intending to make in the near future, and one of them hints to taking a trip down memory lane with a classic Limited Time Mode (LTM).

Fortnite LTM’s are a controlled chaos environment in which wacky, and sometimes downright broken elements are intentionally added to drastically change the game while staying available for a short period of time.

In a new leak, files were uncovered that point to a Classic mode LTM that might make its way into the game soon. The mode’s description hints that only weapons from Season 1 and 2 will be made available.

New LTM could bring back weapons that have been locked away for a while.

The mode was encrypted from a backlog of files found in the v7.10 update that released December 11.

“Classic Battle Royale gameplay with only the weapons and items that existed during the first two seasons of the game,” the documents said.

The only discrepancies that nostalgic Fortnite fans could point to are Vaulted weapons from seasons ago that haven’t showed up in any capacity since the early days of the game. 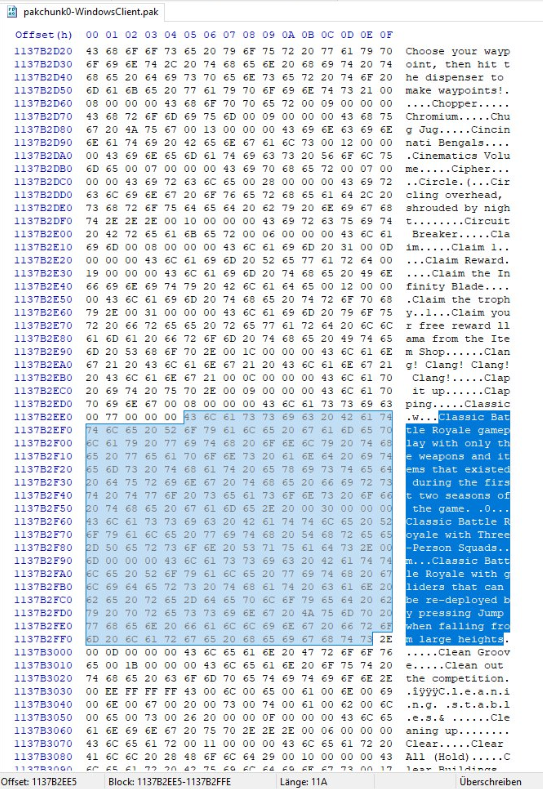 The highlighted portion reveals what could be new features in Fortnite.

Weapons such as the Zapotron and the Submachine Gun have been in the Vault for quite sometime. If the Classic LTM is going full Season 1 and 2, then Epic would need to make a decision if the weapons would make it onto the stage once again.

The developers of Fortnite have no problem letting over-powered weapons run rampant in LTM’s as such from the incredibly well-received, but terribly unbalanced, Infinity Gauntlet from the LTM of the same name.

This leak is sure to be music to Fortnite fans’ ears that have longed for the simpler days of the game.