The biggest change to Fortnite Battle Royale, as the Boom Bow weapon was finally inducted into the game’s vault. In other words, it’s been removed.

In addition to these changes, Epic Games have decided to mix up the appearance of the map itself, seemingly in conjunction with the upcoming Cattus Event. While there hasn’t been any areas removed or added to the map, players who drop into the game will see some marked changes to some of their favorite points of interest. 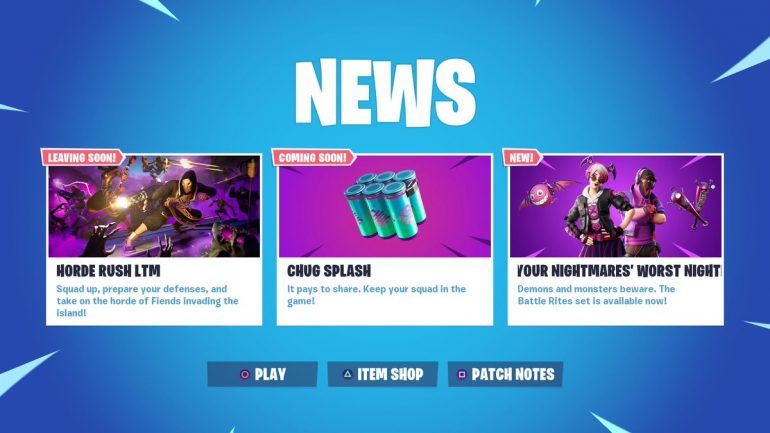 One of the bigger changes from the recent map update comes at Loot Lake. The monster which had been previously housed under Polar Peak and has since escaped, made its mark on the popular landing spot by destroying the factories to the west.

The long-running wires that link Loot Lake to NEO Tilted, as well as the slipstreams, have been exposed too. So, players can now get a look inside the huge tubes. There is also a footprint from the monster situated by the newly destroyed factories and it’s huge! 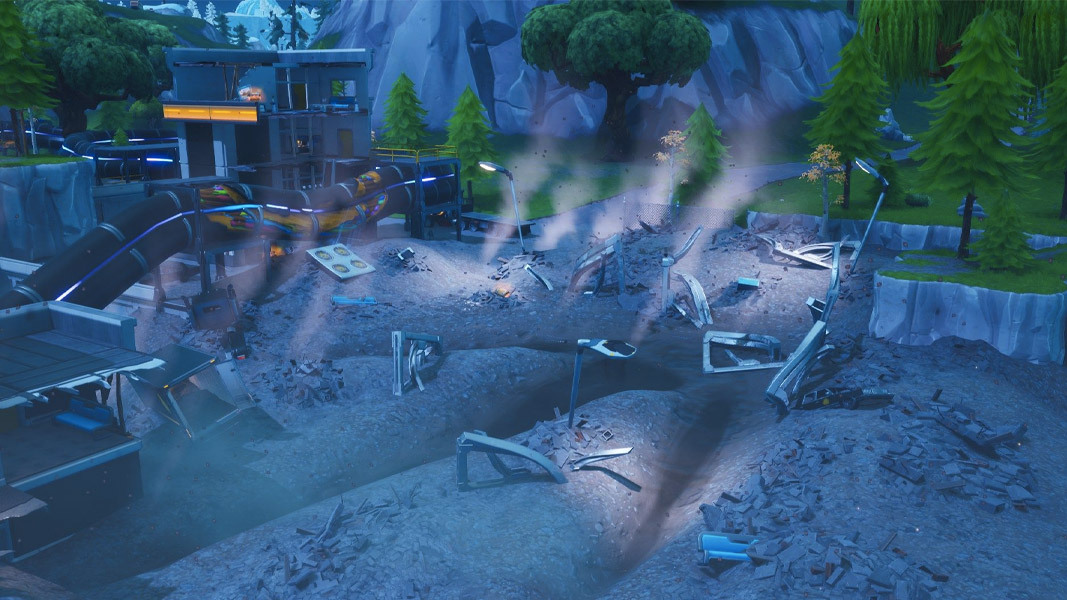 On a more cheerful note, locations across the map have been given party tune-ups in preparation for the upcoming 14 days of Summer event.

Two areas in particular – Lazy Lagoon and the desert biome – have had items like large umbrellas and lounge chairs dotted around to represent a pool party-like atmosphere. 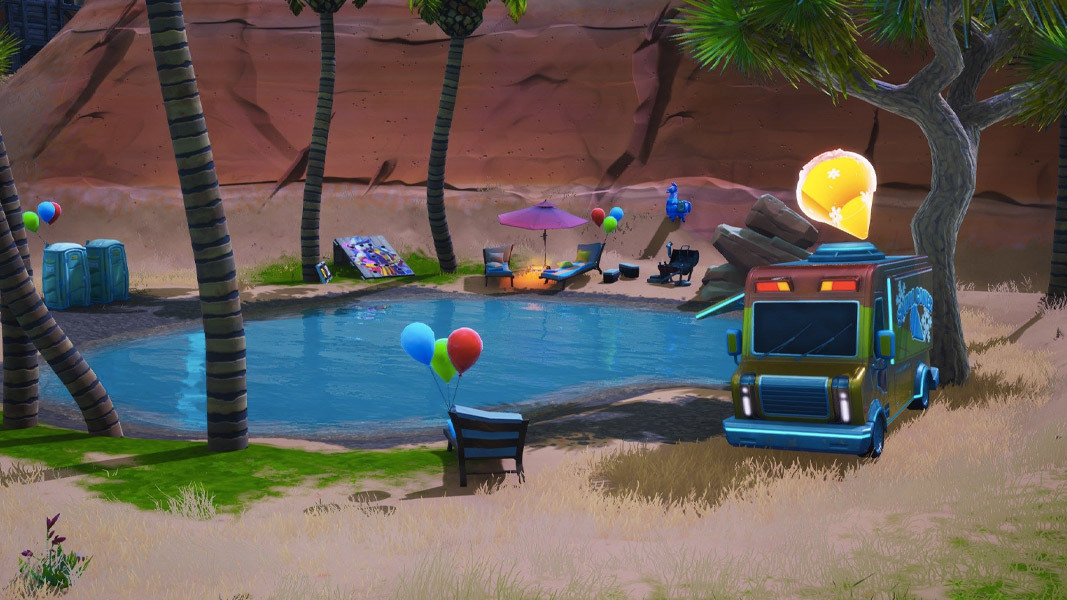 A heatwave looks set to hit the Fortnite map.

In addition to those, giant beach balls have been dotted around. Like the Baller vehicles, these can be hit around using your harvesting tool. However, we’re not quite sure yet if you’ll do damage by hitting another player with them just yet. 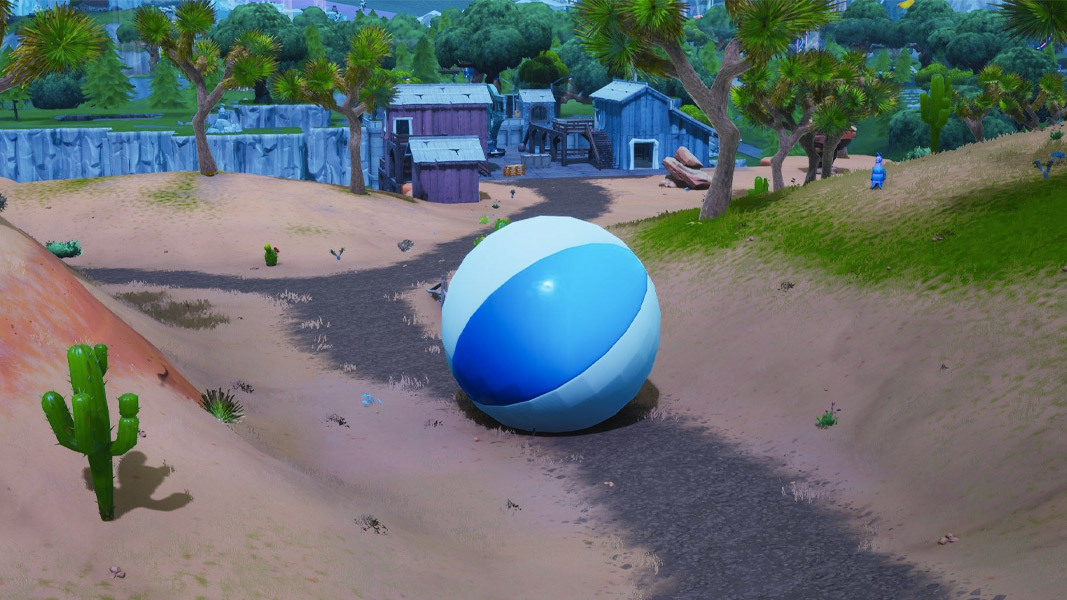 Beach balls have suddenly popped up on the Fortnite map.

Sticking with the desert biome, John Wick’s house has been dragged into the future. While the event based around the movie release might well have come to a close, the eastern-based house still remains.

There have been no changes to the structure of the house itself, but if you run to the back you’ll find a brand new set of solar panels like those at Frosty Flights. 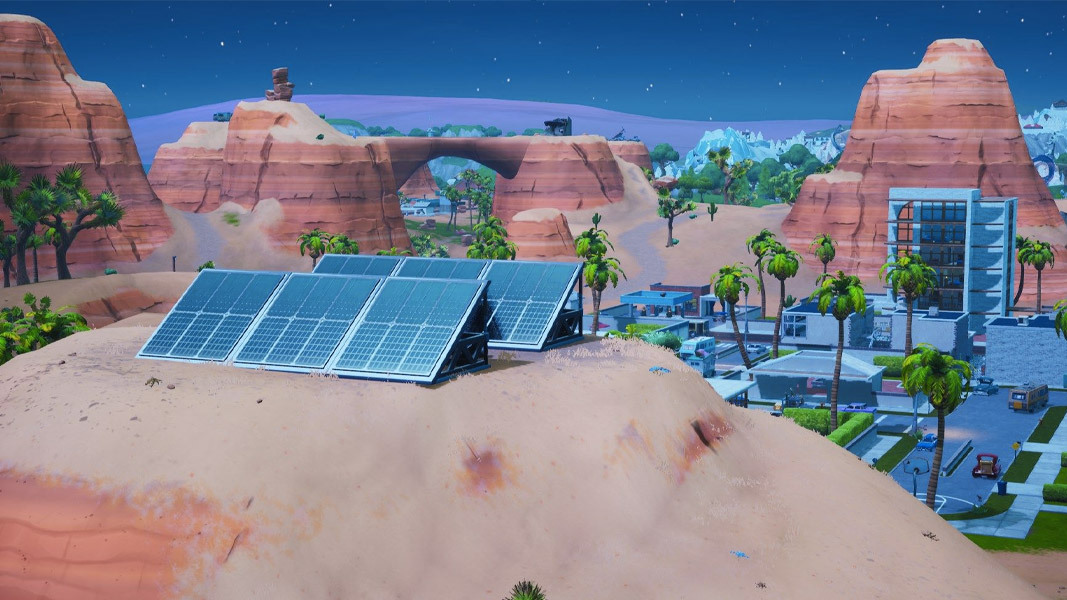 John Wick’s house has been given some upgrades.

Houses in and around Pleasant Park have suffered some damage, but it’s not quite certain what has caused it.

The modern-looking home, similar to the one that occupies a place near Loot Lake, has been completely wrecked and torn down. A chest may still spawn in the garage, though you’ll have no cover from above unless you decide to bust out some materials. 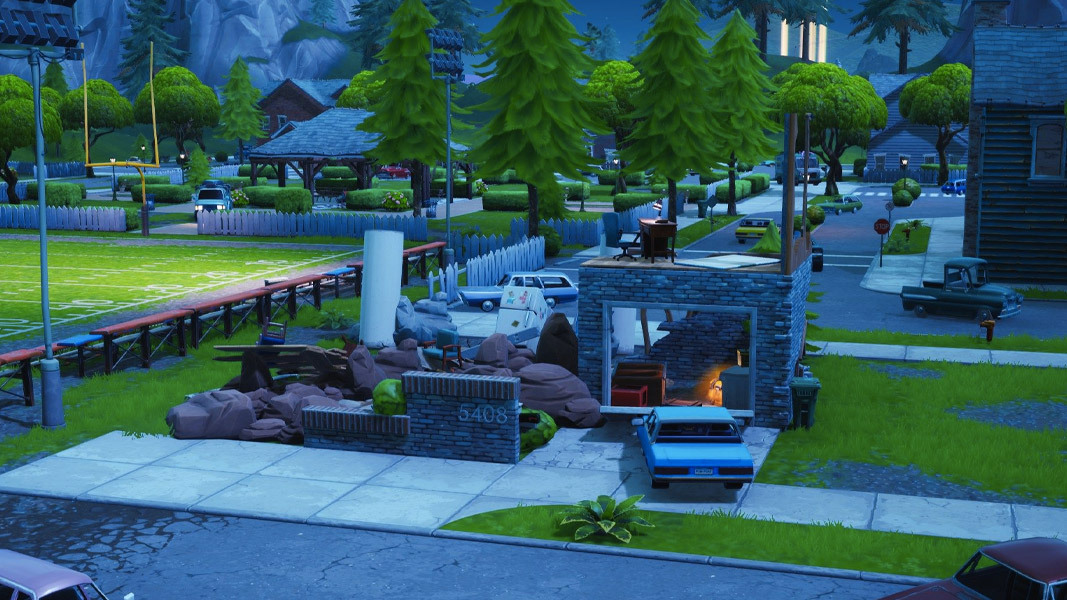 One of the popular landing spots at Pleasant Park has seen better days.

With a number of these changes coming alongside whatever destruction the monster is set to inflict on the map, more tweaks and updates may appear in the future.

Keep your eyes locked to Dexerto for the all latest updates as we’ll be sure to keep this post up to date with any other further changes.