Fortnite: Full list of all map changes and new decorations after v7.10 update

Numerous noticeable changes have been made to the map of Fortnite Battle Royale following the launch of the massive v7.10 game update.

Immediately after the v7.10 update went live, players noticed a multitude of changes and new decorations added throughout the map, as we get deeper and deeper into the holiday season.

The biggest changes came at the brand new Polar Peak, Retail Row, Lucky Landing, Tilted Towers, and The Block location, which will be filled with its first fan-made location. 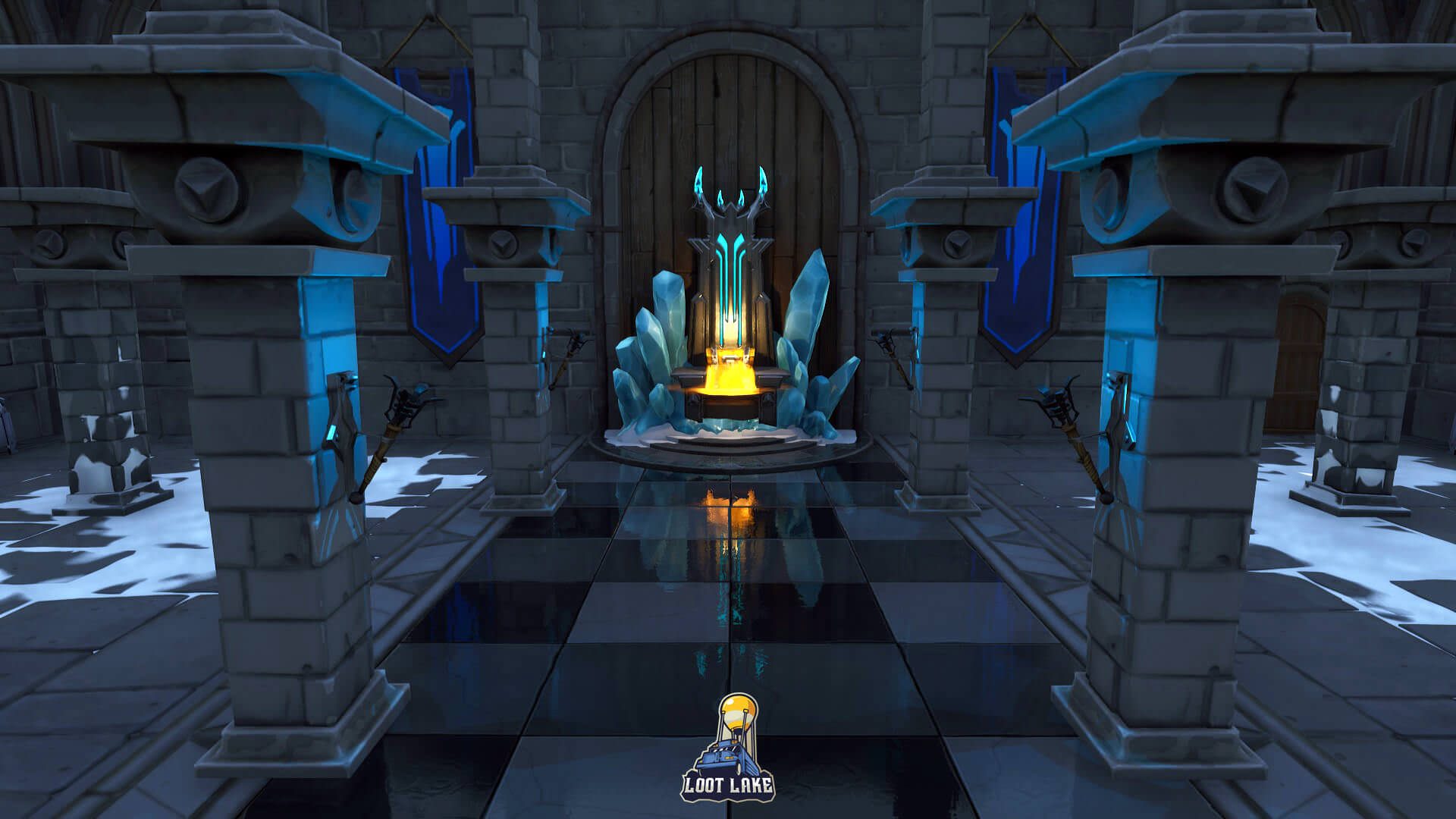 The snow hiding the castle that sits atop Polar Peak has melted, revealing the structures lower levels and making them accessible to players for the first time.

It turns out that, beneath all that snow, there was a magnificent interior of the castle just waiting to be explored. More pictures of these new parts can be seen in our Ice King’s castle and throne room article here. 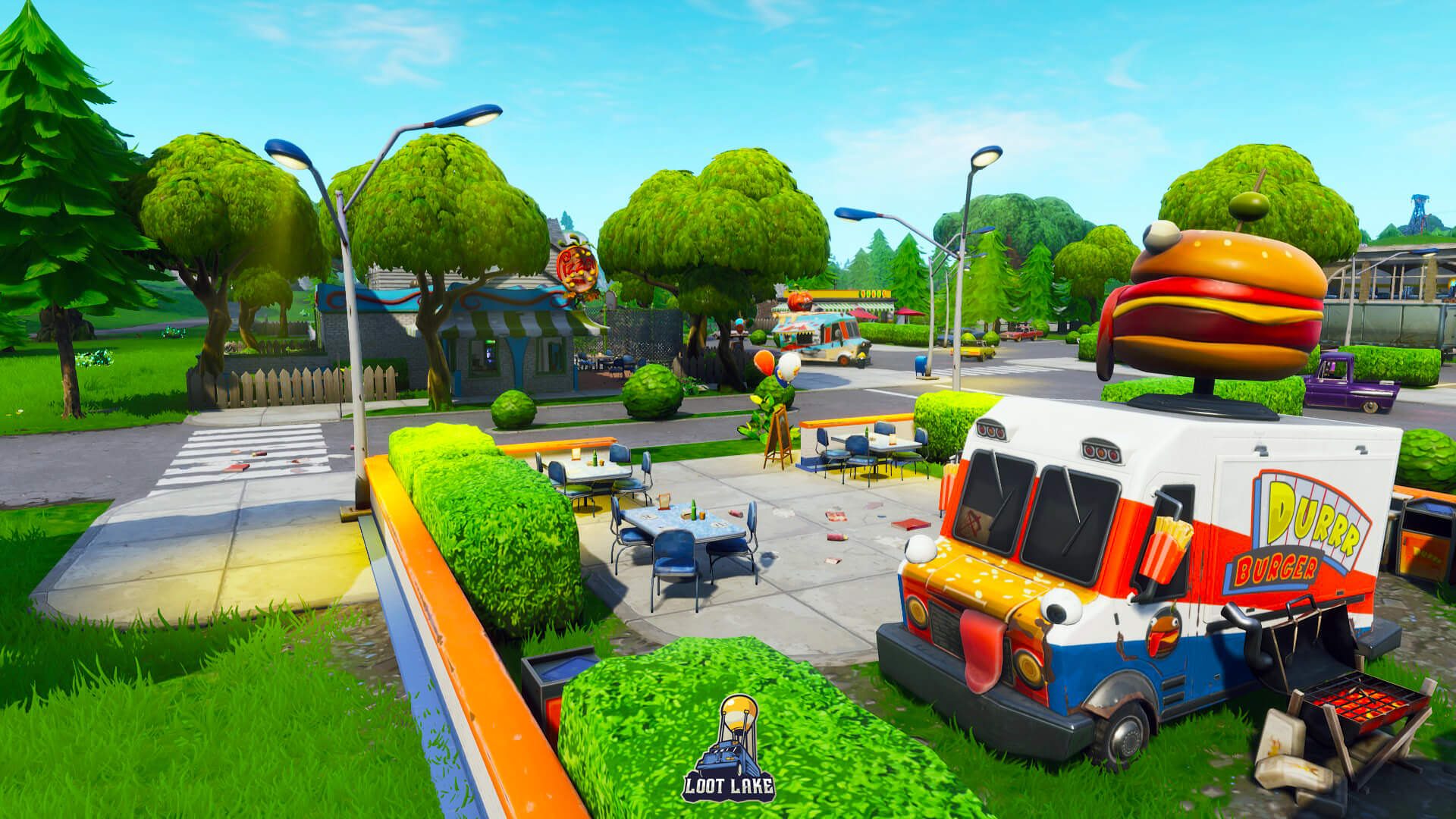 Several changes have been made to Retail Row, most noticeable of which is the new Uncle Pete’s Pizza Pit location that has opened up across the street from the Durr Burger food truck.

It appears that the war between the two food establishments has fully carried over from Season 6 into 7, which means we can expect the storyline to progress further in the coming weeks.

Furthermore, the NOMS sign atop the well-known grocery store has been removed entirely, which could mean that the store is either changing its name and/or switching to a different type of shop. 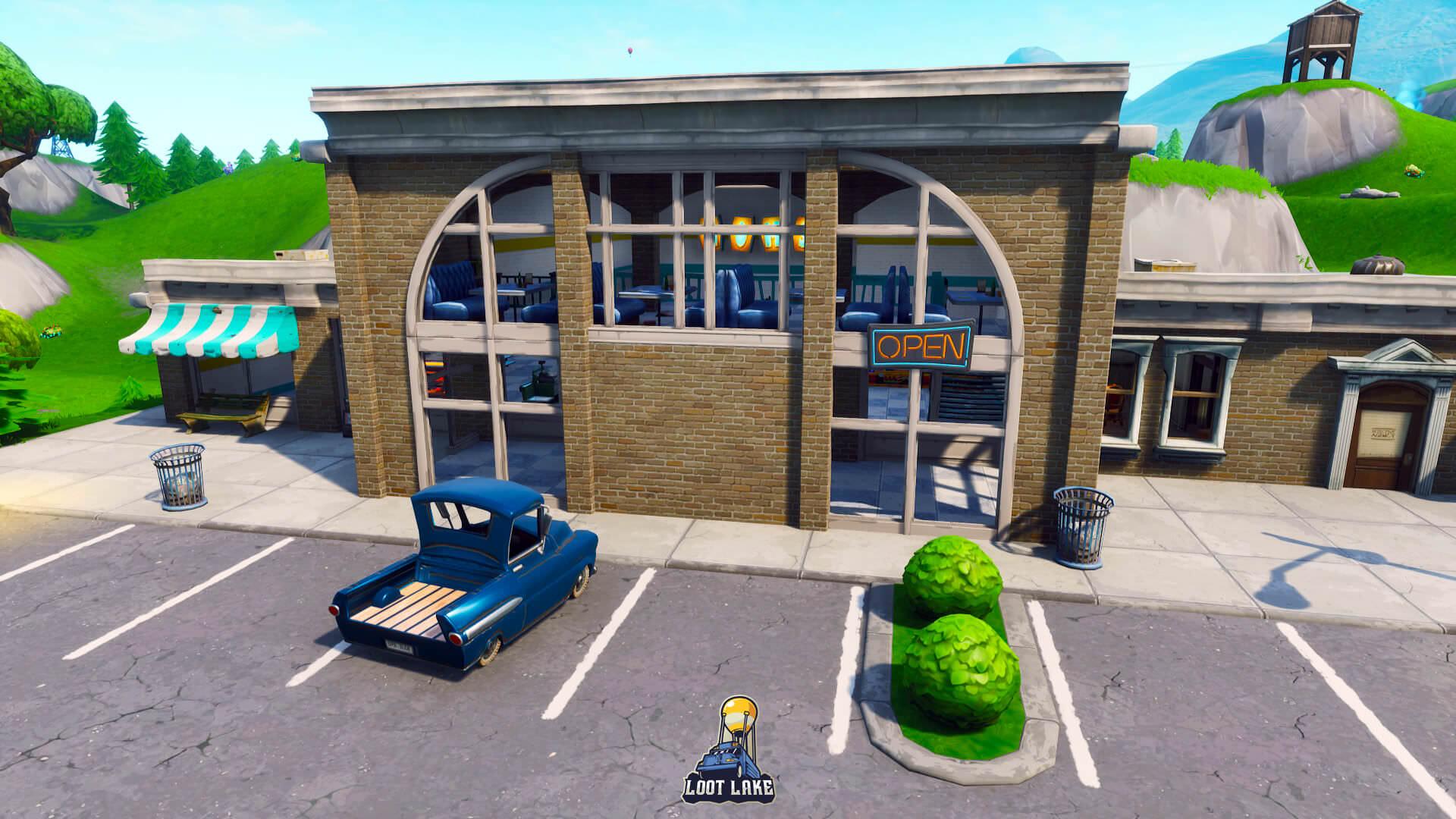 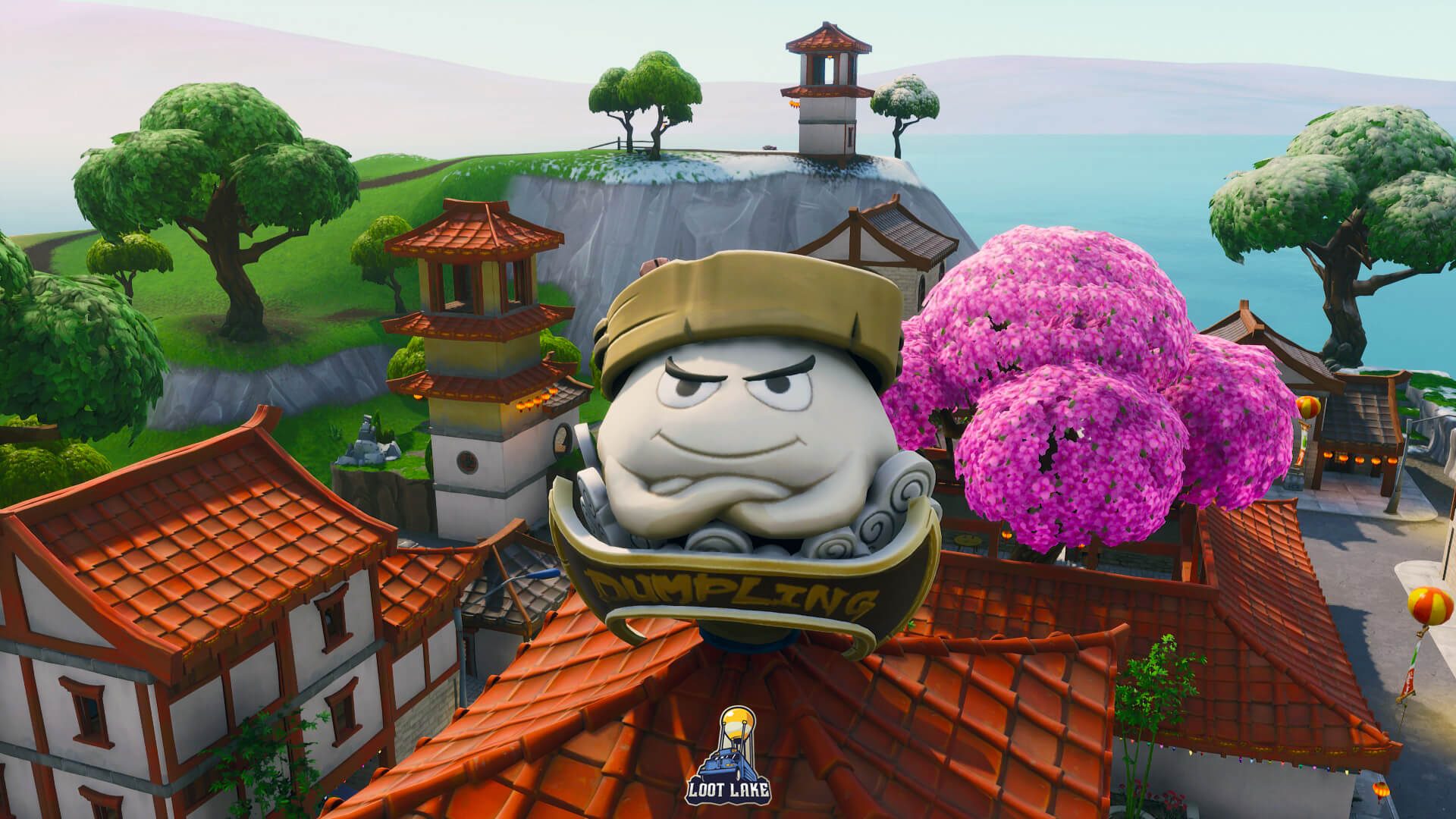 Speaking of food, a brand new established called ‘Dumpling’ has opened up in Lucky Landing as a massive new sign has appeared, featuring a large dumpling with its arms folded and a slightly evil expression on its face.

Could we see this new eatery make its way into the Durr Burger vs Pizza Pit food fight? 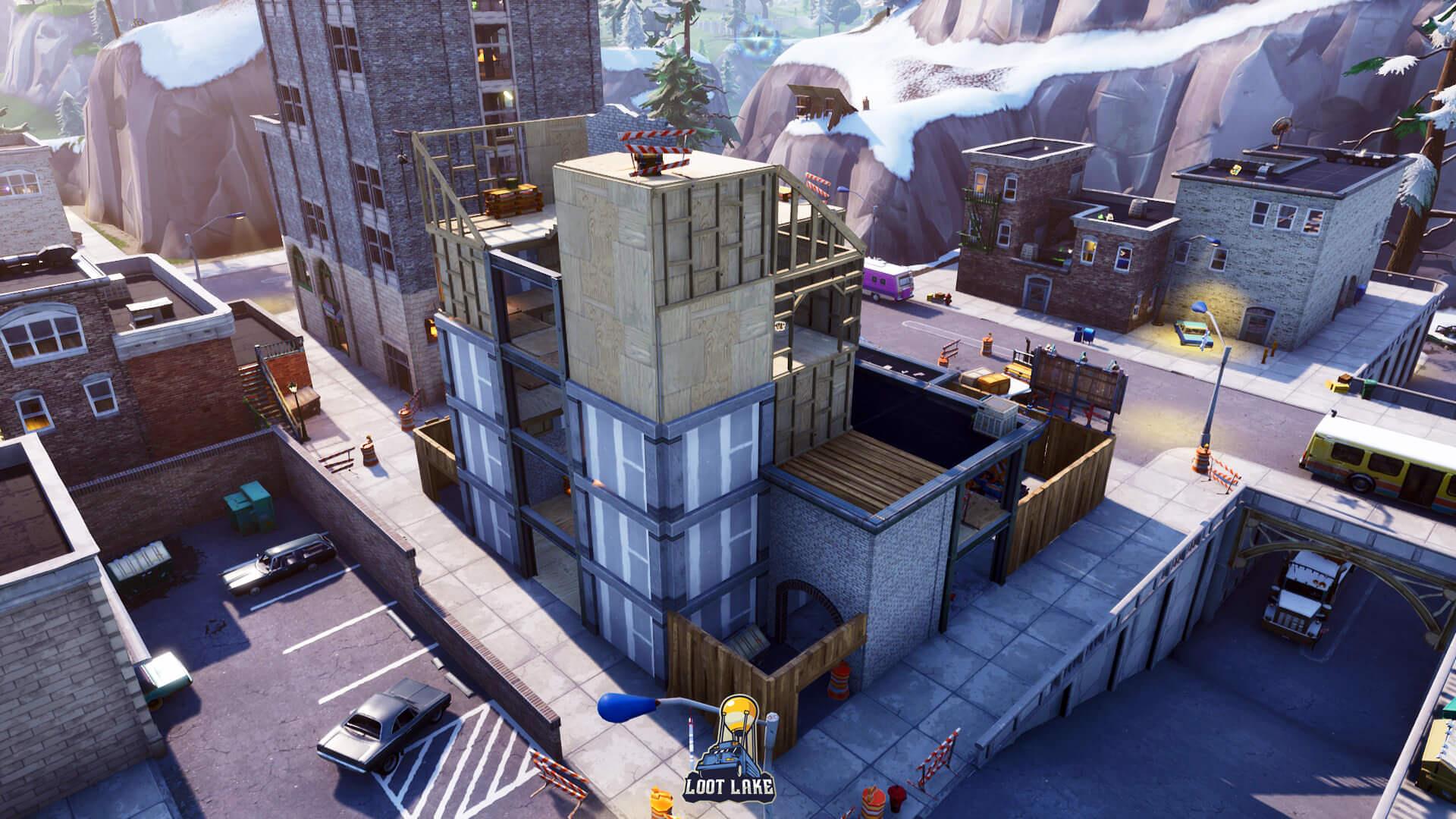 The building that has been destroyed countless times in Tilted Towers, most recently by Kevin the Cube, is beginning to take shape once again as the construction on it has progressed considerably.

Upon closer look, one will notice that the top of the building is looking slightly like how the original building looked when Tilted Towers was first added into the game, although the lower floors are a bit different. 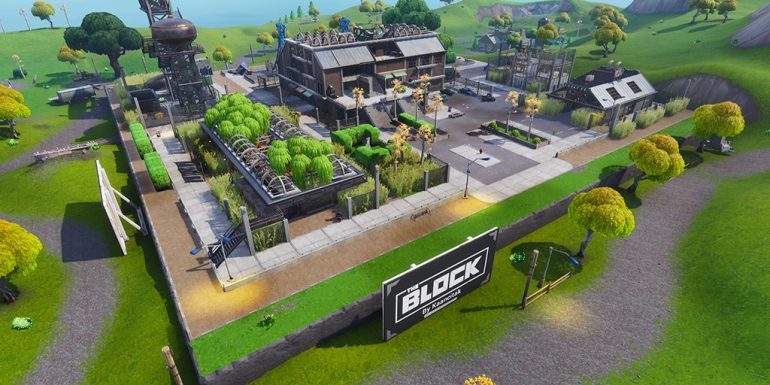 The brand new location called The Block, which stands where the former Risky Reels was located, which will soon be filled with its first ever fan-made creation, called Grimy Greens.

More information about Grimy Greens. and when it will first appear in-game, can be found HERE.

More and more holiday-themed decorations are starting to pop up throughout the Fortnite map, including Christmas trees added in various locations, holiday lights added to bushes, and large candy canes placed on the ground. 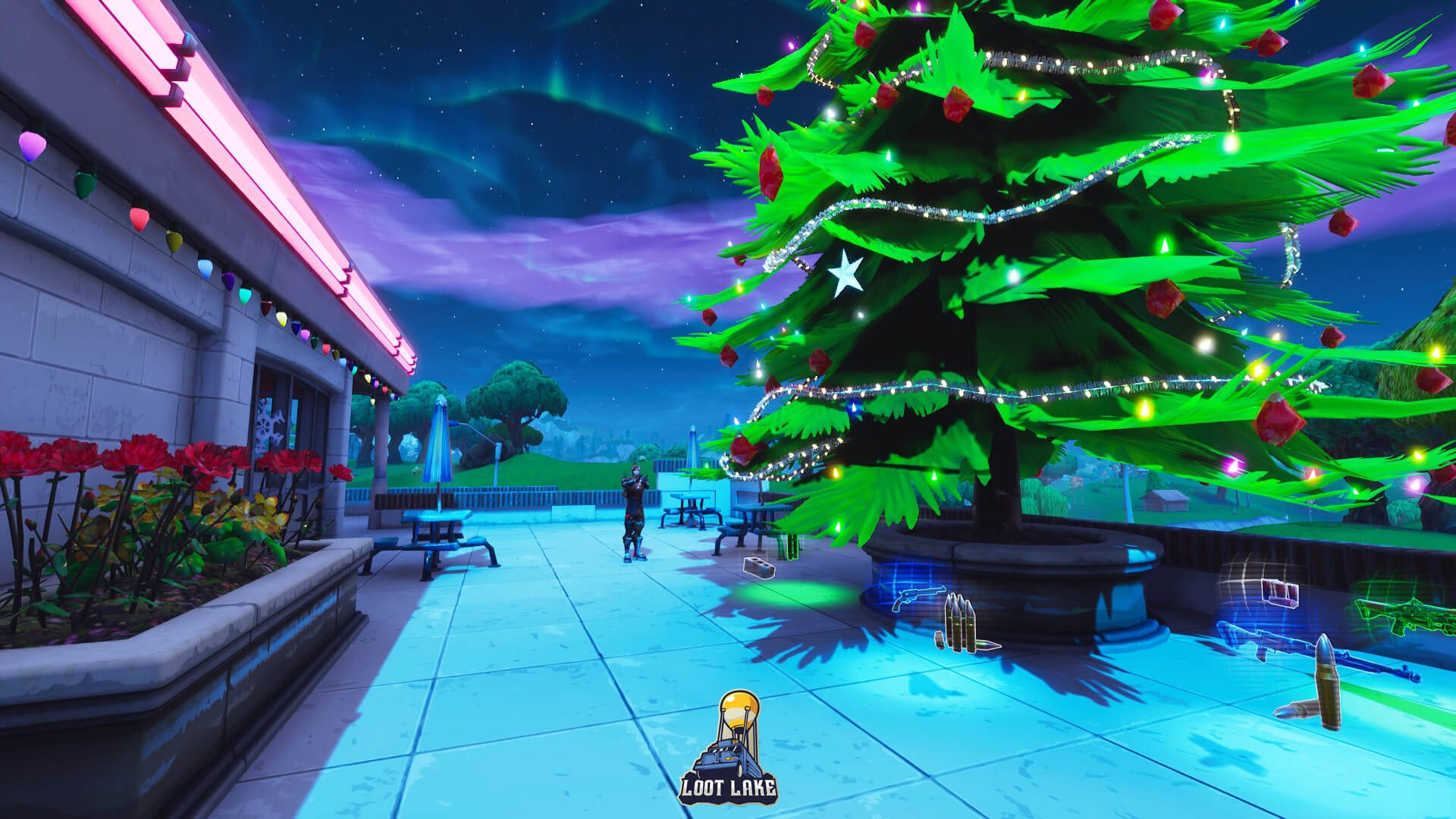 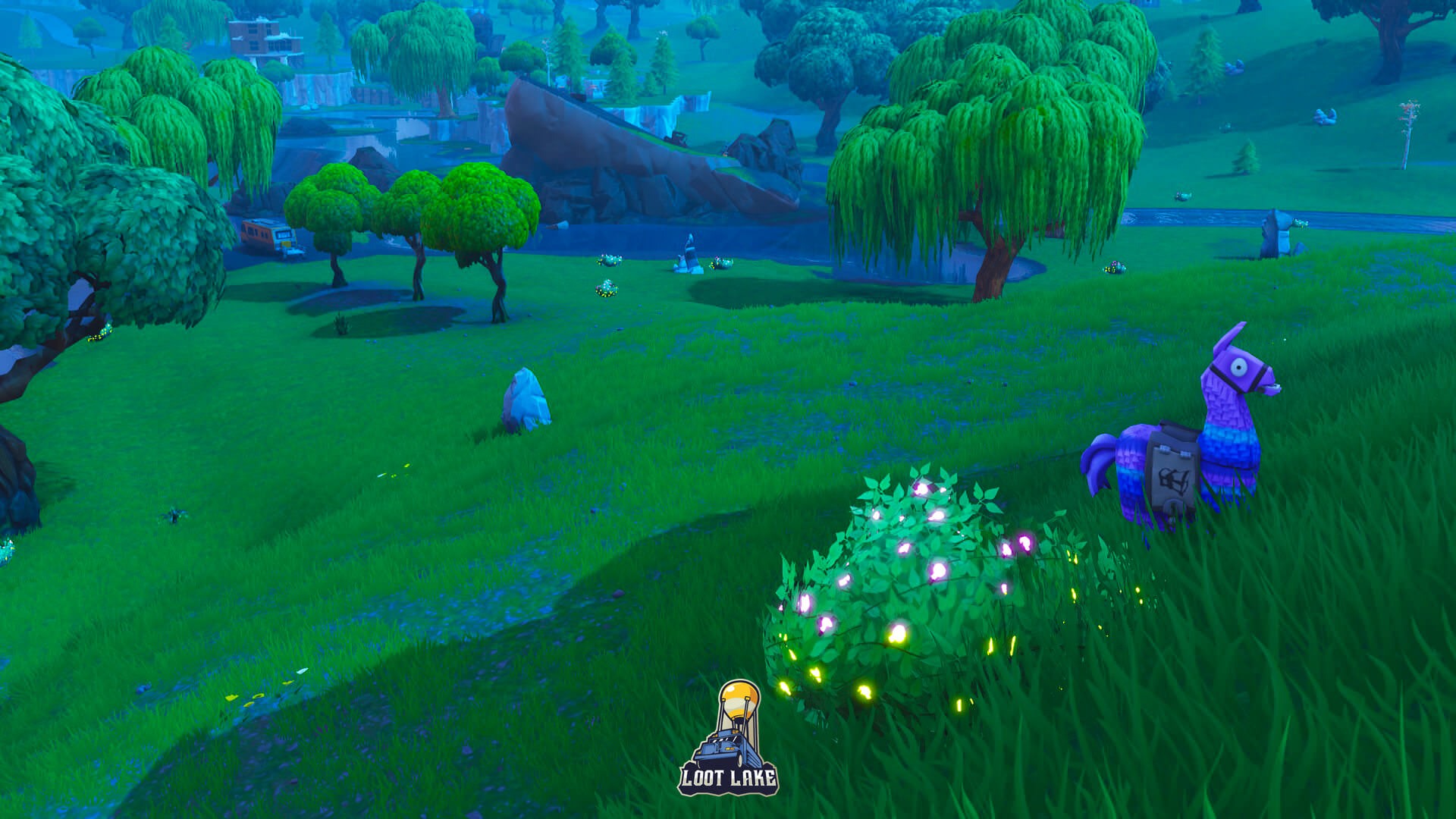 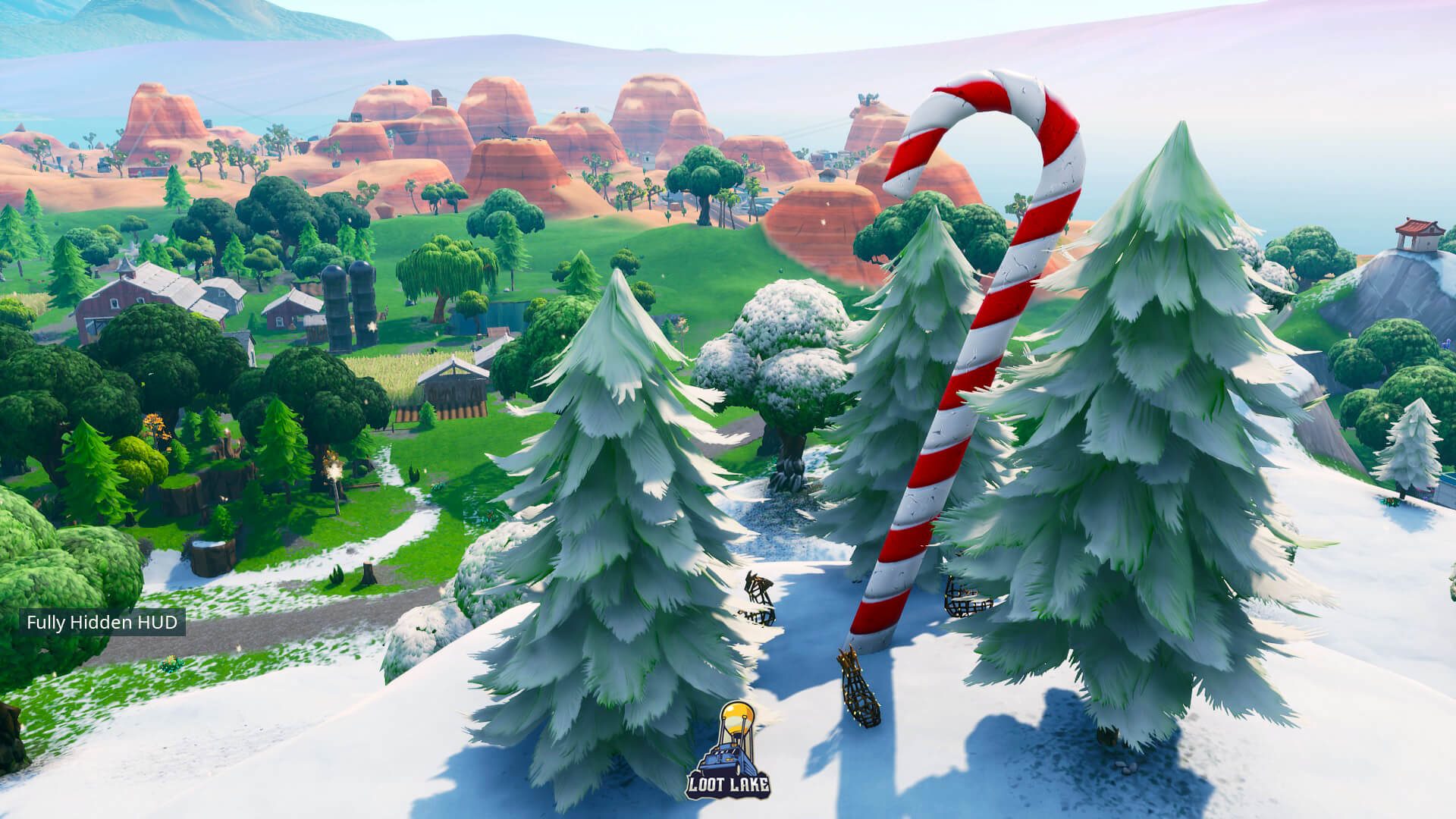