Fortnite Battle Royale is into the second week of Season 9, meaning that players have seven brand-new challenges to complete in the hopes of earning those all-important Battle Stars.

The release of the v9.01 update, which introduced the Tactical Assault Rifle to the popular battle royale title, kicked off the second full week of Season 9, meaning a new batch of challenges are also winging their way to the game.

As usual, there are three challenges that can be completed by anyone who owns the game, while another four are exclusive to players who purchased the Season 9 Battle Pass.

Battle Pass owners will have seven new challenges as they try to unlock all of the Season 9 skins.
[ad name=”article2″]

The Season 9 Week 2 challenges are officially went live at 8:00 AM EDT / 5:00 AM PDT / 2:00 PM BST on Thursday, May 16, but thanks to data miner @Lucas7yoshi_, we already had a good idea as to what we can expect when they officially release.

This week’s challenges see fans of the game travelling around the map, as they must visit five different named locations for the staged challenge, while they’ll also need to keep an eye out for an oversized phone, a big piano and a giant dancing fish trophy that have been scattered around the map. 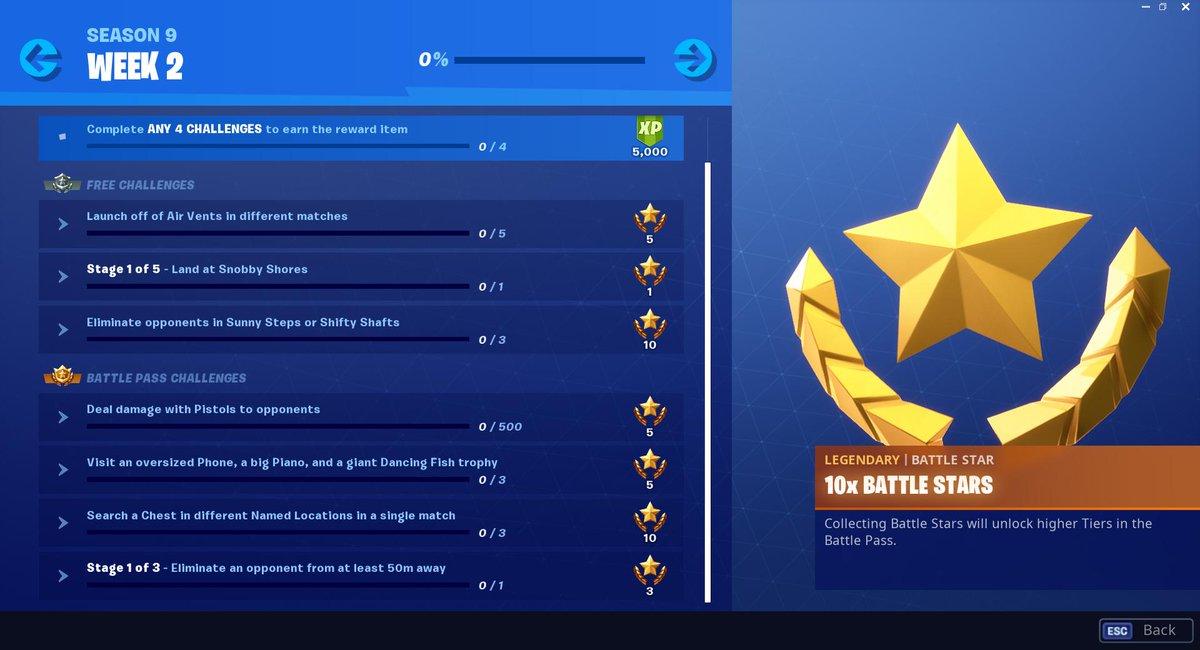 A look at the Season 9 Week 2 challenges.

Also new in Season 9 are Fortbytes, which have been scattered across the map. Players can use our handy guide to locate Fortbytes in Fortnite Battle Royale, but can also unlock one by completing any six of the seven weekly challenges.

The Season 9 Week 2 challenges are now live and ready for completion, so hop into the Battle Bus and earn those stars!