Like last week, week six challenges for season four of Fortnite Battle Royale have leaked and will be available starting Thursday, June 7th.

These challenges will give players a significant boost ranking up to unlock featured gear, items, and emotes, but are only available to season four Battle Pass holders.

An exclusive ‘Omega’ skin with new customisation options is available for those Battle Pass holders that reach level 100.

With week six marking the second half of season four, many players will be nearing the upper tiers of the Battle Pass, and want to get these challenges done to reach level 100.

As players level up in the Battle Pass, they will get an XP boost as well as all the character skins, gliders, pickaxes, emotes, sprays, and other items in the season four pass.

This week, there are seven new challenges, and they get more difficult as you progress through the list. 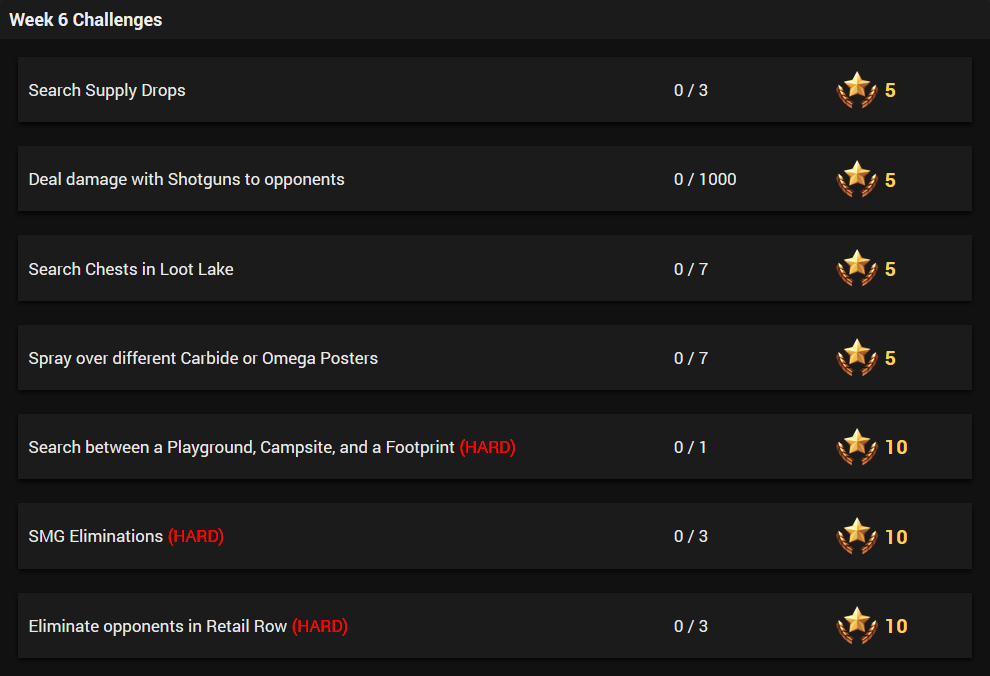 If you are still working your way through week five challenges, you will want to complete those before June 7th, and you can check out our cheat sheet for additional assistance.

Based on past weeks of the Battle Pass it is likely is that completing week six challenges will also fulfill the requirements for a blockbuster challenge that rewards players with a hidden battle star.