Week four’s Battlepass challenges for Fortnite Battle Royale have been leaked, yet again.

Battle Pass owners will want to complete these challenges to level up and unlock the new gear for this season.

New Battle Pass owners should know that the weekly challenges are the quickest way to rank up and unlock all the new outfits, gliders, emotes, and more that this season offers.

The Battle Pass rank system goes from 1 to 100 and once you have reached level 100 everything from this season except the Omega character’s additional accessories will be unlocked.

The Omega character is unlocked at level 100 and once he is unlocked players are given a new set of challenges to complete to round out their Battle Pass experience.

One additional bonus Battle Pass players will notice is the XP boost as they level up tiers.

Like in previous weeks, data miners over at Fortnite Tracker have leaked the full list of this weeks challenges.

Another set of seven challenges for players to tackle starting Tuesday, May 22. 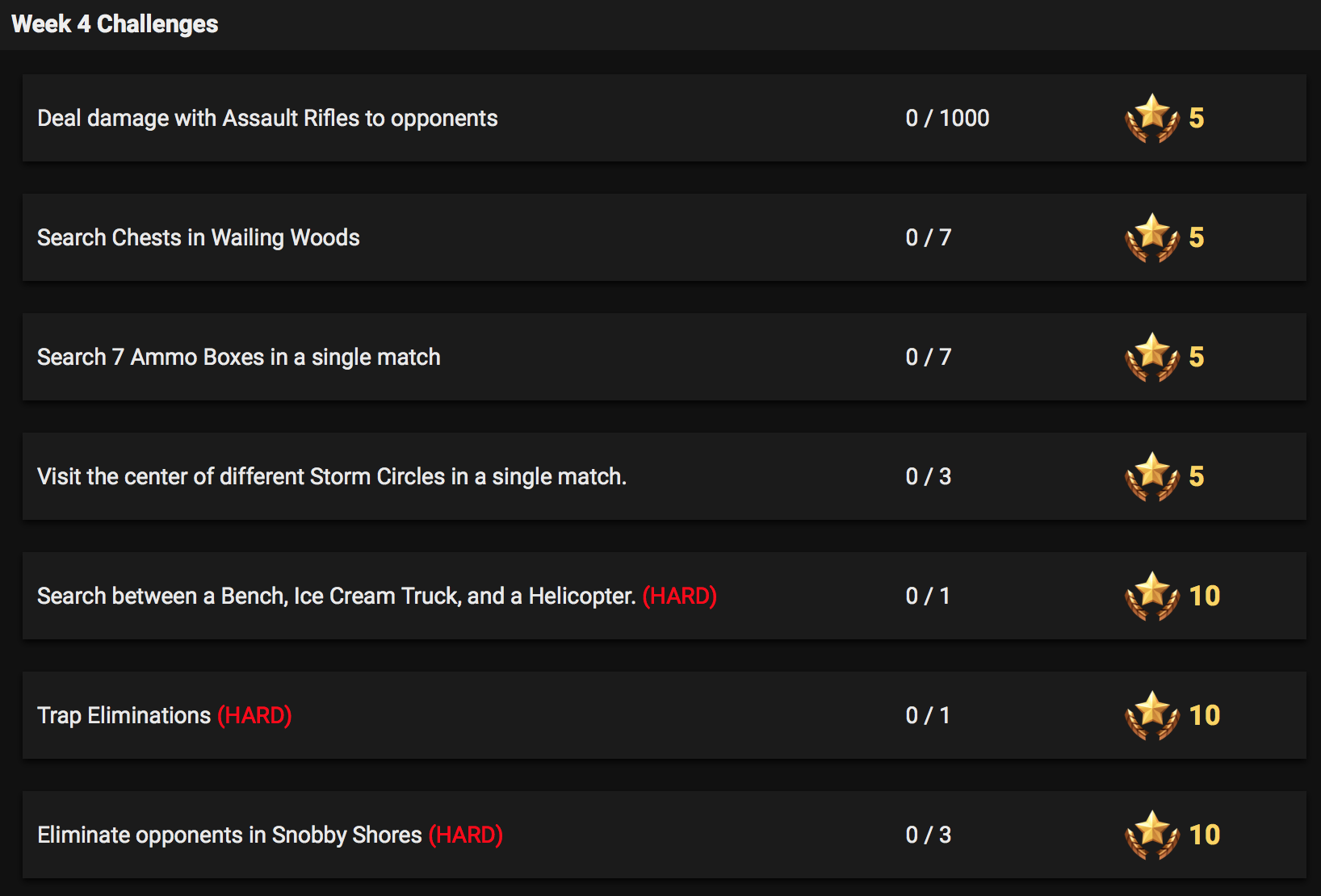 Make sure that you complete last week’s challenges before Tuesday’s release.

Completing each week’s challenges will count towards your ‘Blockbuster’ challenge, in previous weeks this has rewarded players with a hidden battle star.

As this week’s challenge locations become revealed we will update you with those, as well.