A strange new item has appeared in Fortnite Battle Royale, leaving many fans wondering whether or not it could be the first step in a possible in-game event. However, there has been even more interesting developments since.

Players who have dropped into a game of Epic Games’ popular battle royale title since 12pm EST/5PM GMT on April 19 may have spotted a mysterious object, a Rune, slowly moving around the map while making a deafening whirring noise.

Runes were found in the recent v8.40 update by data miners, however, the purpose of these runes was not disclosed. Yet, it now appears as if they have something to do with an in-game event – so, here’s what we know so far. 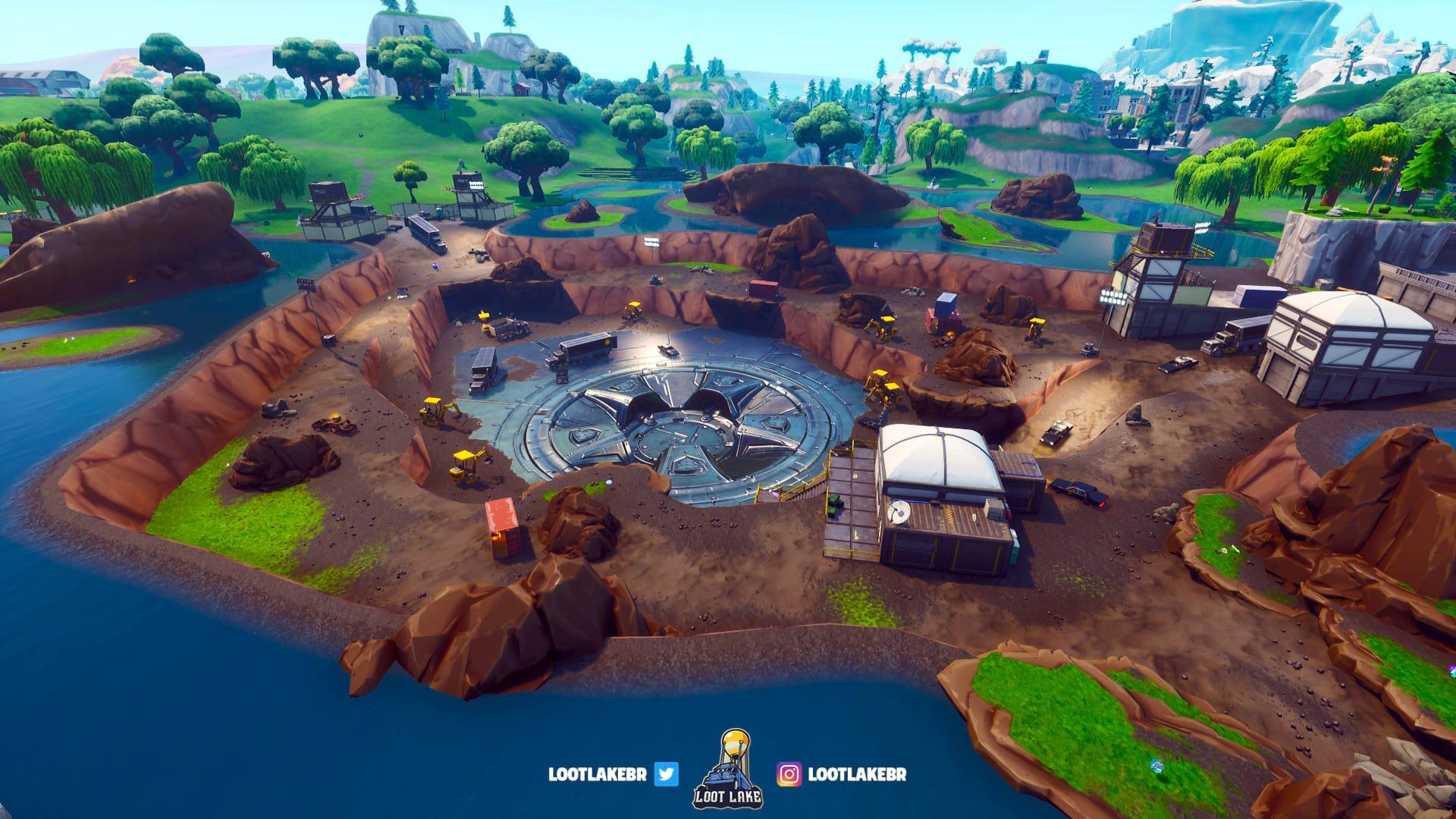 It appears as if Loot Lake will play a big role in whatever comes from the Rune.

How many runes have been spotted?

A rune was first spotted on Fortnite’s island on April 19, with its initial starting point appearing in the area of Paradise Palms and Lucky Landing. Those monitoring its movements will have seen the rune move towards Fatal Fields, coming close to the Pirate Camp in the area, and also towards Shifty Shafts. It has all slowly inched its way forward over the map, with its final destination appearing to be Loot Lake.

In the recent update, Loot Lake received a drastic overhaul and now looks like the site for some sort of experiment – with a metallic seal and multiple government vehicles now residing where chests and loot had previously spawned. But, that’s not all.

Something is happening with the runes at paradise… from r/FortNiteBR

A second rune appeared on April 23 and fans were quick to share footage of its activation on social media. Lasers, ranging from all across the map, all connected near Loot Lake before the new rune emerged, as seen in the footage from @iScenario.

The screengrab below, from @FNInformation, was shared to Twitter on April 25 and shows that a third rune has now been activated in Fortnite Battle Royale.

The fifth and final rune is now active, meaning whatever is happening is right on the horizon.

The 5th Rune is now activated!
now wait for the countdown to appear.
Via: @FNJPNews pic.twitter.com/LBCUi0mFnp

What is the endgame for the runes?

It’s unknown just what the item will ultimately reveal. Some players had theorized that it was to tie into the crossover with Marvel’s Avengers, but that turned out to be untrue as the Endgame LTM launched in its own right.

It remains to be seen just exactly what unfolds, but it does seem to point towards some sort of in-game event. Epic has been known to trigger massive in-game events after a few days, sometimes even weeks, or teasing and slowing putting pieces into place.

Dataminers recently uncovered a ‘Nexus’ in-game event that appears to open up the metallic circle at Loot Lake and uncover a ‘vault’ of some kind – with speculation running rampant about will appear on the other side of the ‘vault’.

In other news, there’s been some more interesting activity in the northeast segment of the map, too. After the second rune activated, the volcano has started to emit smoke. Whether or not this is connected to this potential even or not is unknown.

It has since started to emit more and more smoke, too. 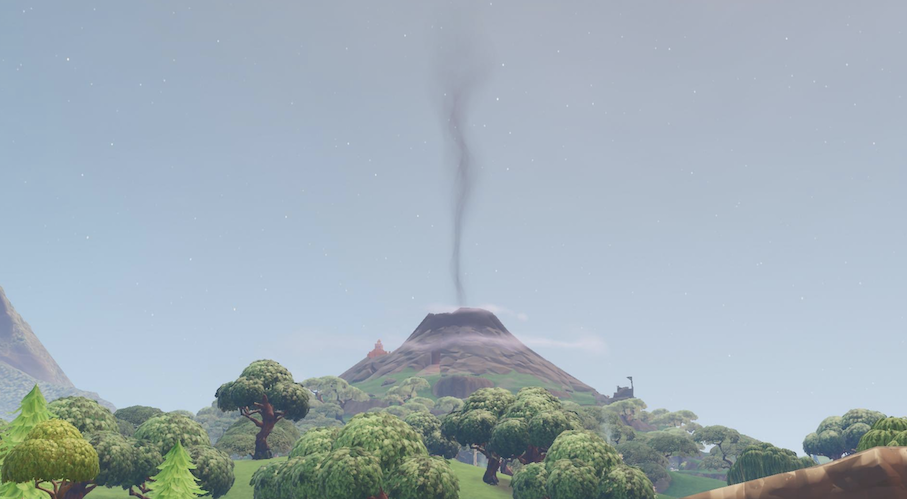 Fortnite’s volcano seems to be experiencing some changes as well.

There’s not only this, though, as it seems like asteroids have started to land across the Fortnite Battle Royale map. Footage from Twitch streamer Fearitself shows a number of rocks come crashing down from the sky, as seen below.

Whether the arrival of volcano smoke or asteroids is connected to the rune event is unclear, but there’s definitely a chance they could be building towards something.

A number of audio files have also potentially been leaked for what looks like Fortnite Battle Royale’s upcoming rune event, giving fans an idea of how it could all come together – from a sound standpoint.

The audio files were posted to Reddit by a member of the game’s online community, madmagic008, and lasts for just under five minutes. There are a lot of mechanical and technical sounds included, but we must stress that – as is the case with any leak – the legitimacy of the files is unknown.

Standing on the rune

Players have discovered that it is possible to camber onto the Rune and stand atop of it. However, once the mysterious item begins a slight movement, anyone standing on top of the Rune will be sent skywards.

Building by the Rune

As players are able to do damage to the items, despite its ever-growing health bar, some players have tried their best to build around the Rune in a bid to keep it locked into place.

However, if the Rune moves into the path of a build it will ultimately destroy it. Seeing as it is possible to get on top of the moving object, if you’re trying to do so it’s probably best to go behind it and drop down – otherwise, you risk falling to your death.

So, there you have it, everything we know – so far – about the mysterious Rune that has appeared in Fortnite Battle Royale.

Be sure to continue following Dexerto for all the latest news and updates about the possible in-game event.