Fortnite Battle Royale: Endgame LTM challenges and how to complete them - Dexerto
Fortnite

Fortnite Battle Royale: Endgame LTM challenges and how to complete them

The Avengers: Endgame crossover event is officially live in Fortnite Battle Royale, with a new limited-time mode (LTM) where players can become their favorite superheros – and there’s a new set of challenges too.

The new set of Endgame challenges can only be completed in the specific LTM, as they require you to use the various new mythic weapons, like Thor’s Stormbreaker hammer or Iron Man’s repulsors.

There’s a total of twelve challenges, a mix of dealing damage, getting eliminations, winning matches and collecting infinity stones. 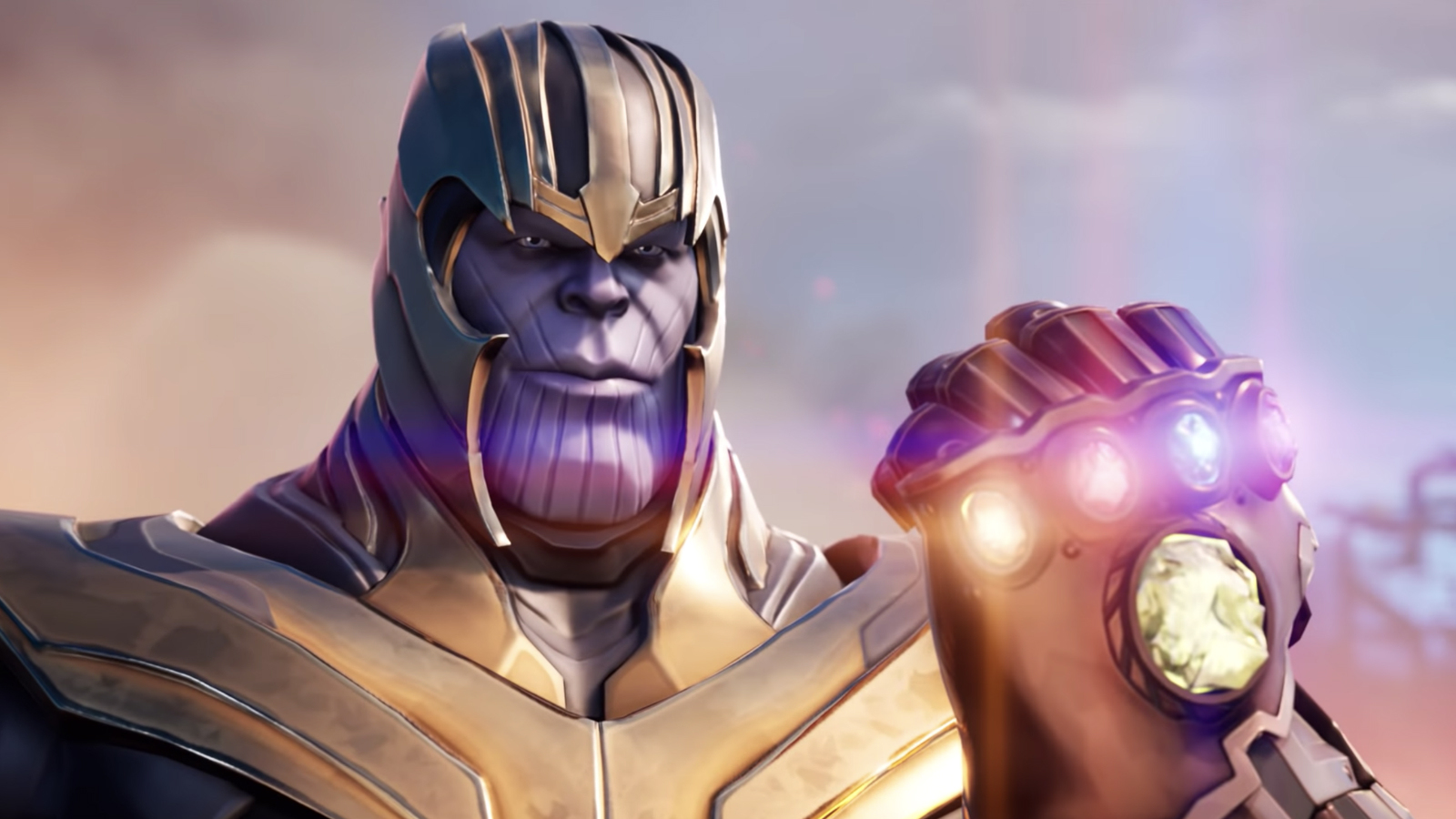 Thanos is back in Fortnite.
[ad name=”article2″]

The infinity stones are the main focus of the new game mode, as Thanos and his army of Chitauri attempt to find all six, while the heroes attempt to stop him.

Thankfully, there are respawns available in this mode, which should also make completing these challenges a bit easier, or at least faster. You can see the full list of challenges below, courtesy of @FNBRHQ. 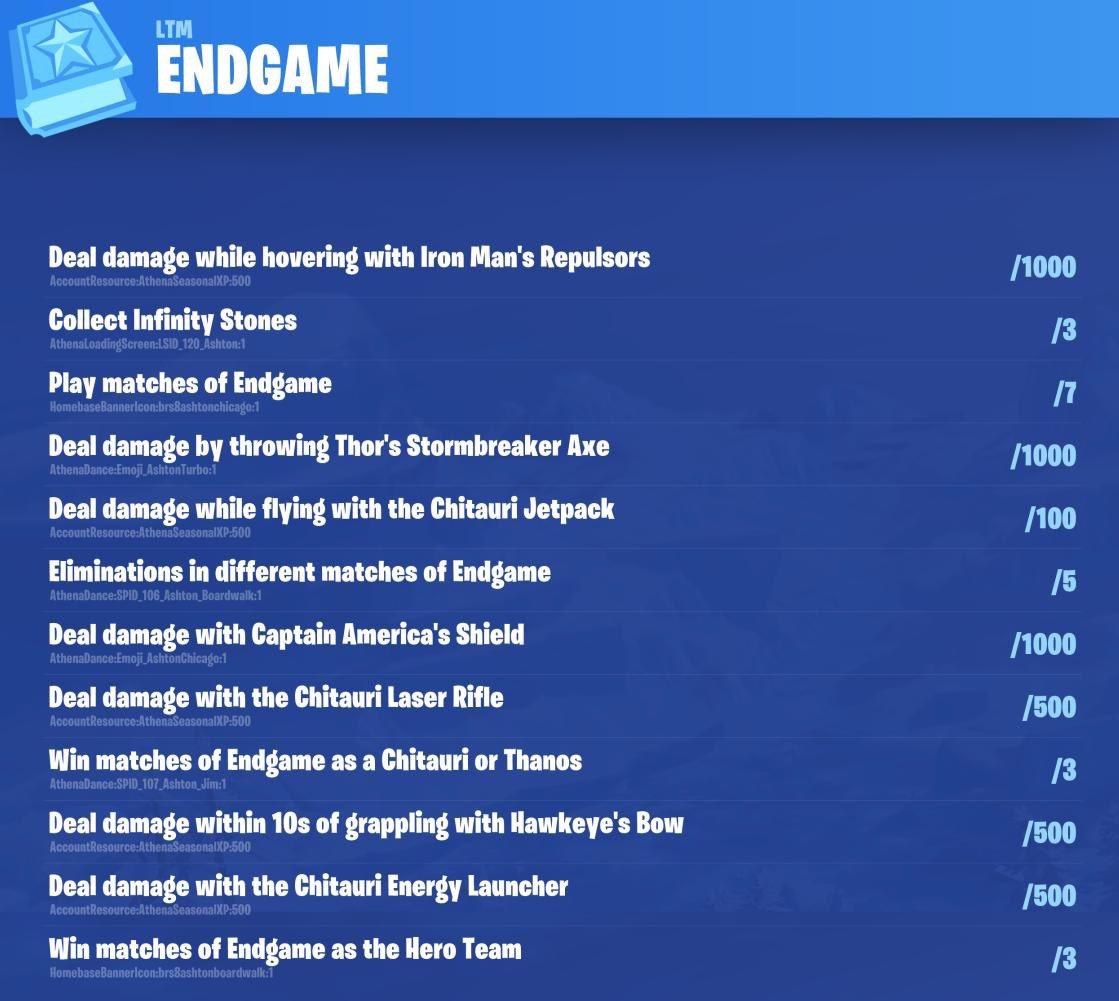 The challenges were discovered early by data miners.

How to complete Endgame LTM challenges

A few of these tasks are very straightforward (play seven matches, win matches etc.), but there are some others which will require a bit more effort.

To complete the ‘deal damage’ challenges, you will of course need to acquire the weapons mentioned in the challenge. If you are on the hero team, you will be a equipped with a ‘treasure map’ that leads you directly to a mythic Avengers item.

Each of these items has an ability, with Captain America’s shield for example able to be thrown and knock down opponents, as shown in the trailer. 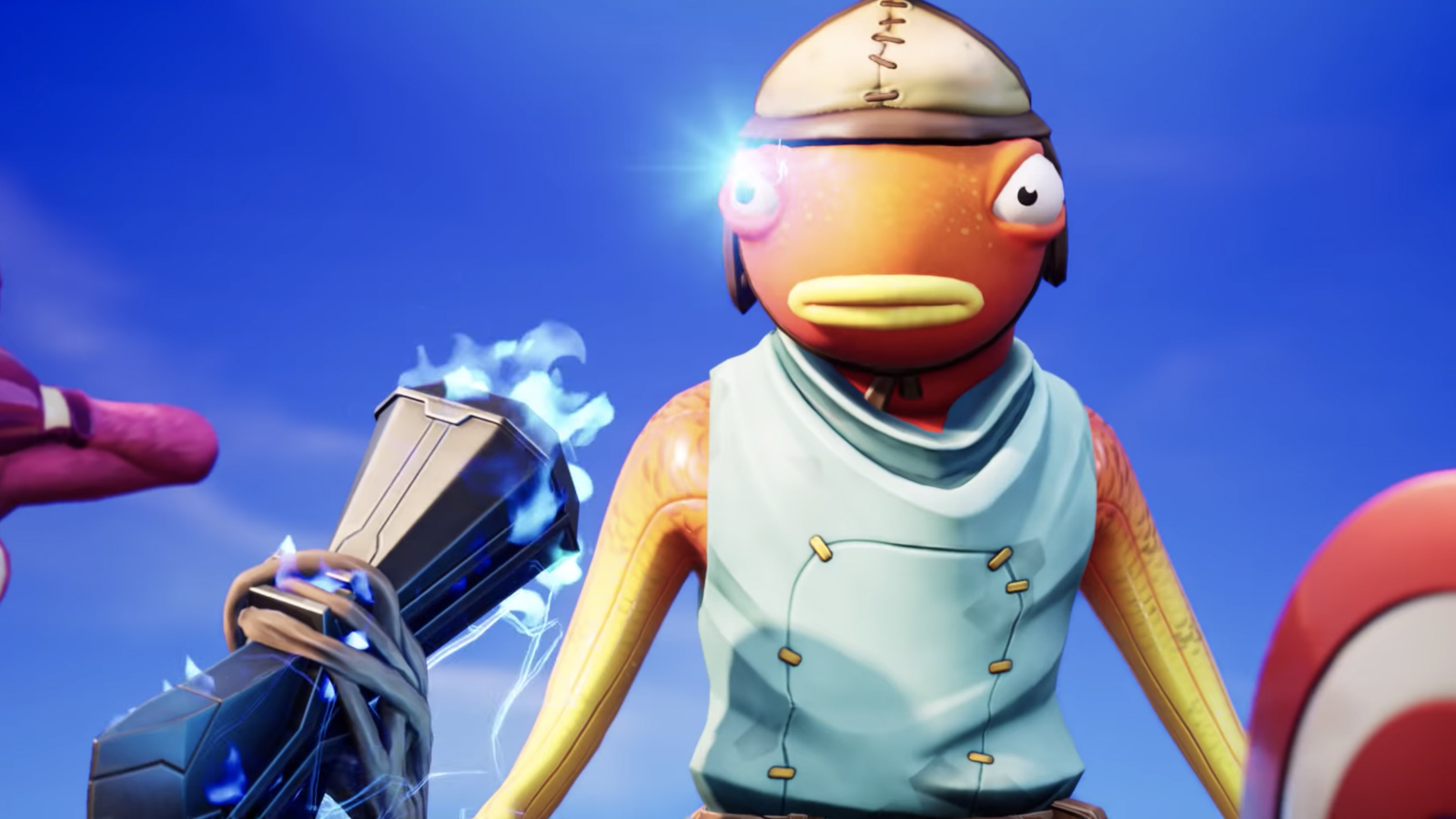 Even the puny Fishstick can wield Thor’s Stormbreaker.

On the other side of the things, are Thanos and his Chitauri army, whose objective is to find all six infinity stones. That means you will need to be on the bad guy’s side to complete the find three infinity stone challenge.

According to the leaked challenges, there isn’t actually a task to deal damage as Thanos, rather only to win a match on his side (even when playing as Chitauri).

You do however have to deal damage while using the Chitauri’s jetpack. If Thanos is eliminated, a random Chitauri will be chosen to take his place.

In summary, there is nothing too complex about the Endgame LTM challenges, but they will take some time to get through, as you need to get the opportunity to use each mythic Avengers item, and play on both teams, to complete them all.