Epic Games recently released an update on the limited time game mode (LTM), Solo Showdown, as well as hinted at competitive play and even more to come at E3 this year.

The Solo Showdown is the LTM for players to test their skills against others competing for a chance to win V-Bucks, all players will receive a unique spray for playing 50 games.

Players in the Solo Showdown will have 50 games to rack up points that count toward their placement.

Players that finish in the top 100 will receive V-Buck prizes, with first place being rewarded 50,000 V-Bucks, the equivalent of $500.

The developers over at Epic are committed to making a gaming experience tailored to all types of players.

During the update it was revealed that competitive players should hang tight, but rest assured the team at Epic is working on ways to support online competitions and physical events.

Players attempting to win the Solo Showdown competition can check out the leadboards here, the current standing are featured below: 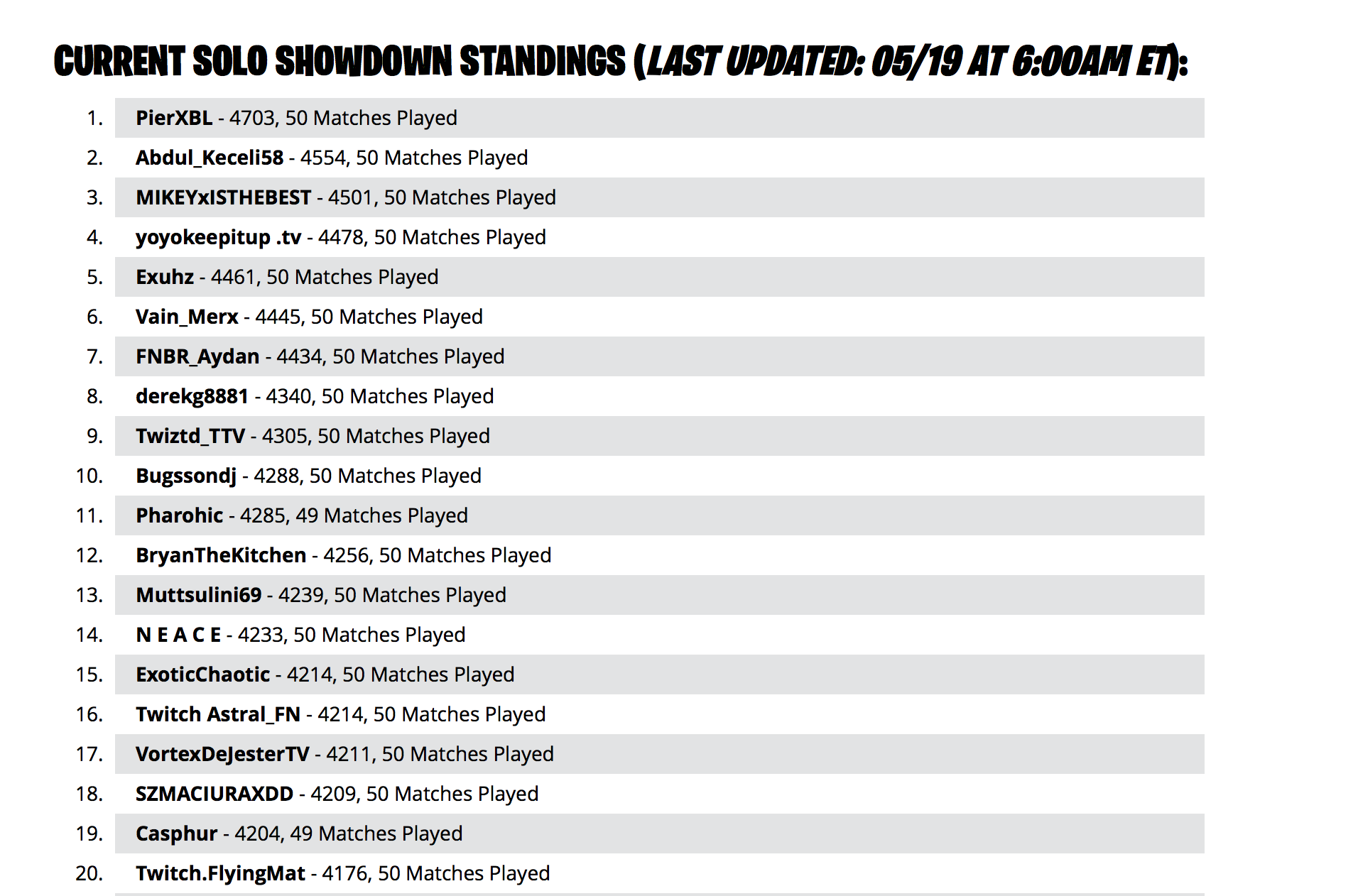 The developers at Epic Games tell us to “expect lots more changes coming.”

At E3 Epic will be hosting a Fortnite Celebrity Pro-Am event in Los Angeles for fans interested in competitive play.

We will have more details as they arise.

The full update can be seen below: