The tournament follows in the footsteps of other successful weekly online tournaments like KEEMSTAR’s Friday Fortnite and Epic Games’ own ‘Summer Skirmish’.

The tournament will see 64 popular YouTubers, streamers and professional players battle it out for a $5,000 prize for each weekly series.

It will be a European only tournament, and so some of the biggest names in Europe for Fortnite like Anomaly, Kinstaar and Fnatic member POW3R will be participating.

Launched in August, Salty Summer is set to become one of the main European tournaments for Fortnite streamers and pros. A host of major names from the world of streaming and the professional game – 64 to be exact – will be featuring. The likes of Anomaly, POW3R, Kinstaar are already confirmed with many more to come.

Tournaments will take place every other weekend throughout August. Competitors will face off online in a double elimination format tournament, and the winning duo each week will earn themselves $5,000. Each weekend, tournaments will be streamed online by the participants directly.

Wouter Sleijffers, CEO of Fnatic explained that there exists a void for European Fortnite competition, one that Salty Summer aims to fill.

“As it stands, a tournament like Salty Summer doesn’t currently exist in Europe, so with this in mind and the popularity of Fortnite amongst our fans we decided to create this for ourselves. It’s another example of the way Fnatic is always looking to. This is a brilliant opportunity to unite the streaming and pro community across Europe on a weekly basis, and deliver entertainment and competitive games for our fans.”

“I cannot wait to start playing the Salty Summer Tournament! We need some tournaments to refresh us from the heat of the sun in Fatal Field!”

The first duo has also been announced ahead of the opening week of competition, with POW3R teaming up with fellow streamer ErycTriceps. 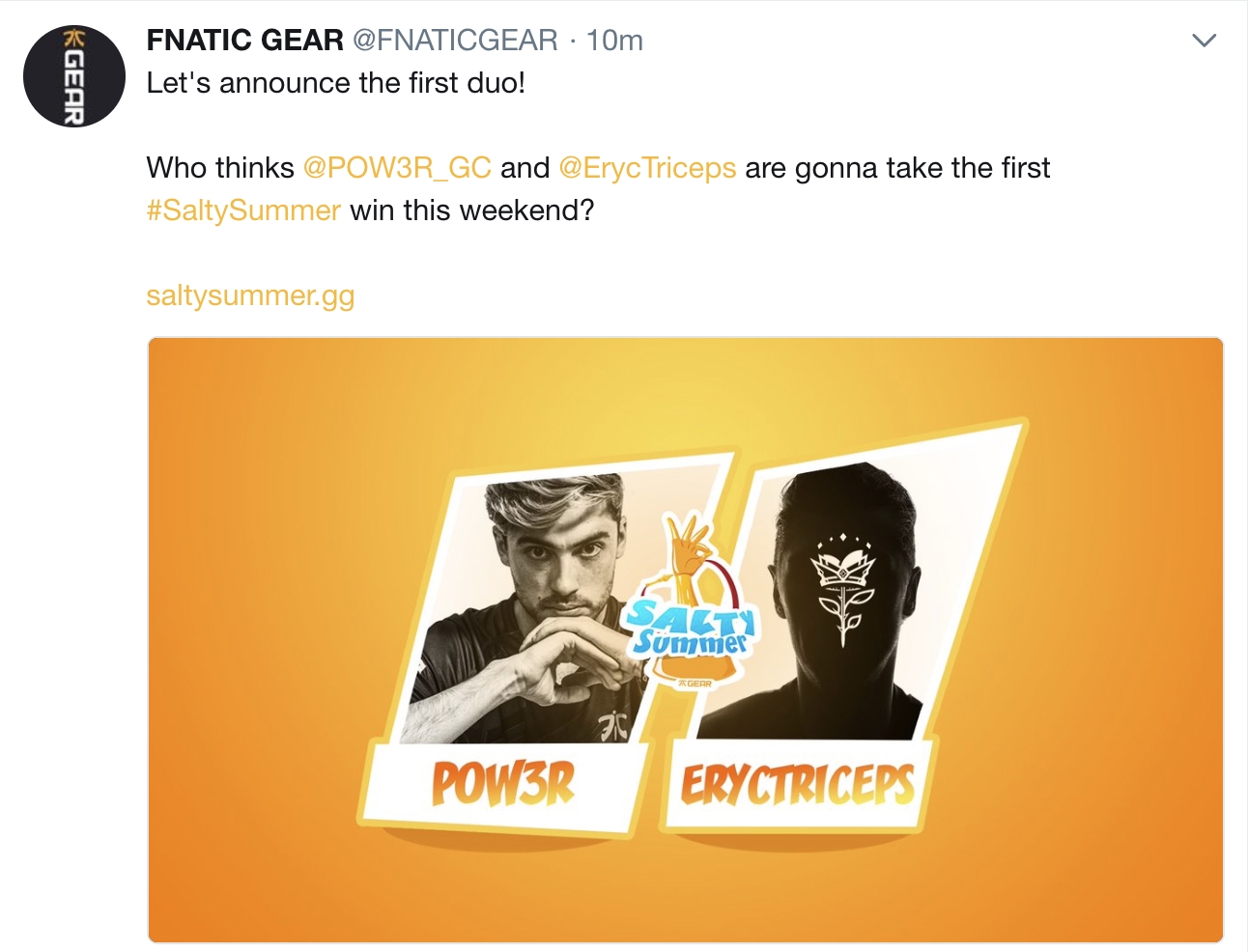 You will be able to watch all the action on the player’s own personal streams, plus Fnatic may also broadcast a selection of the matches live on an official channel. Details of scheduling and how to watch will be released closer to the start of the tournament.