The v10.0 Content Update would bring major changes to the BRUTE mechs, the biggest alterations came to the landscape of the island, with the sprawling metropolis of Neo Tilted removed thanks to another Rift in the game’s skyline.

Replacing it is Tilted Town, an old fashioned location with brand new buildings and some major changes, mixed with some nods to the classic Tilted Towers that we all know and love. 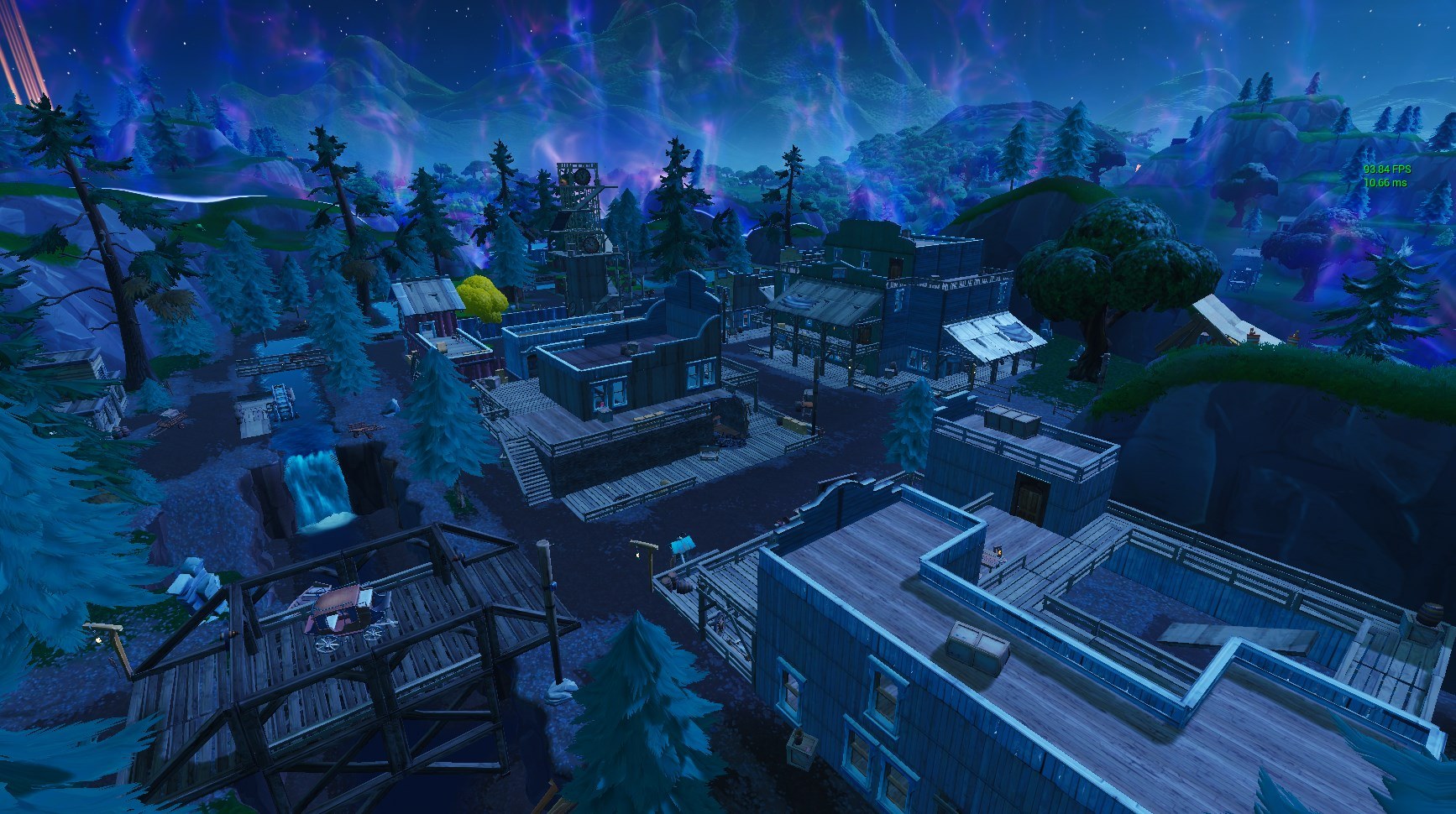 Neo Tilted is completely gone in the v10.0 Content Update.

Noticeable from the moment you drop in is the massive Rift above the town, which appears to have created a protective shield around the former city that players will have to walk or fly through to enter Tilted Town.

Once you’ve penetrated the bubble, your screen will take on a sepia effect to match the old fashioned feel of the new location, while your character will don a long black coat to help them blend in with their surroundings. 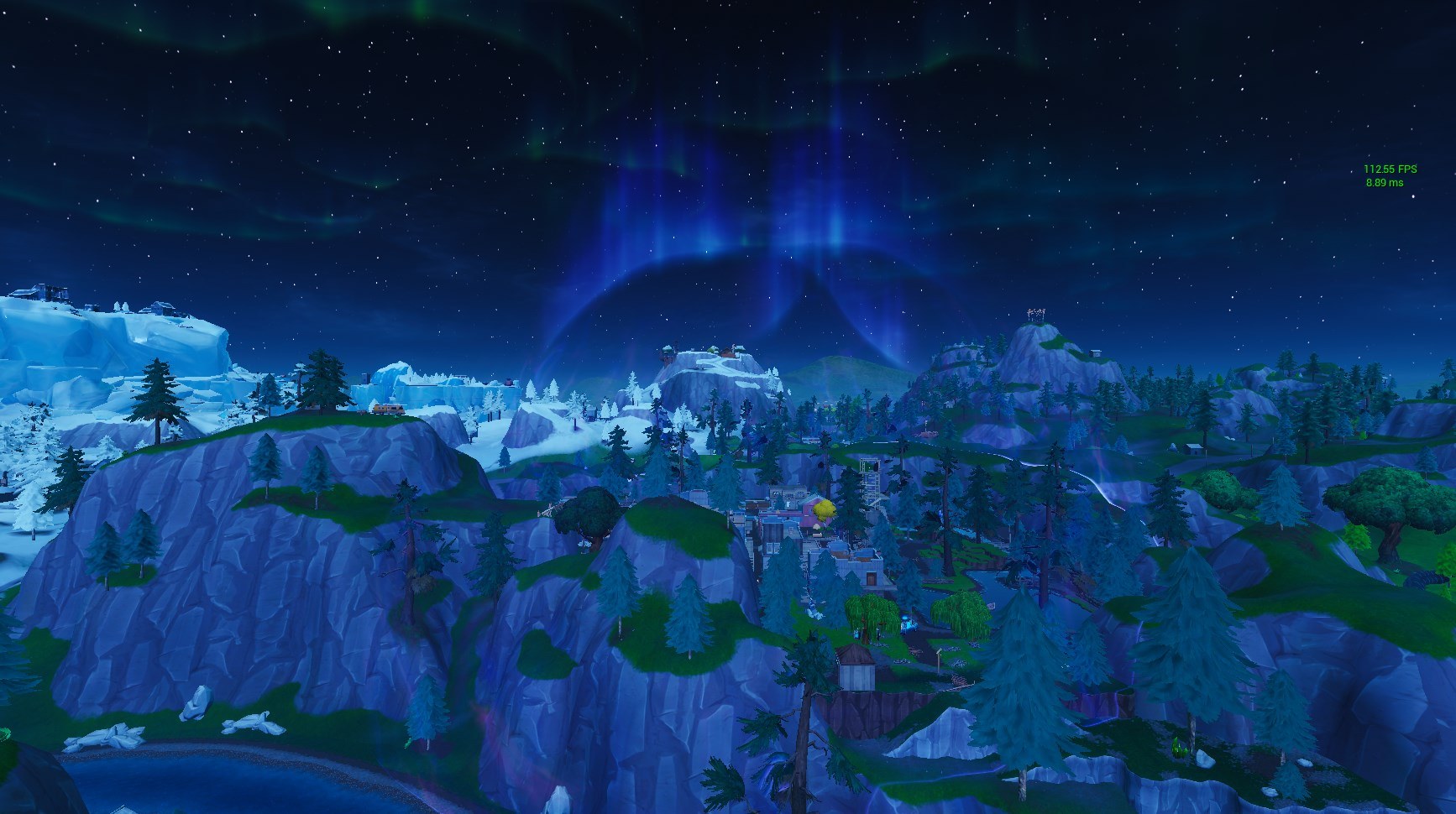 Tilted Town is surrounded by a barrier.
[ad name=”article3″]

Inside the town, gone are the massive skyscrapers that dominated the skyline, instead replaced with rickety wooden buildings.

The massive buildings in the center have been reimagined as a hotel, which sits as the biggest building in the revamped location. 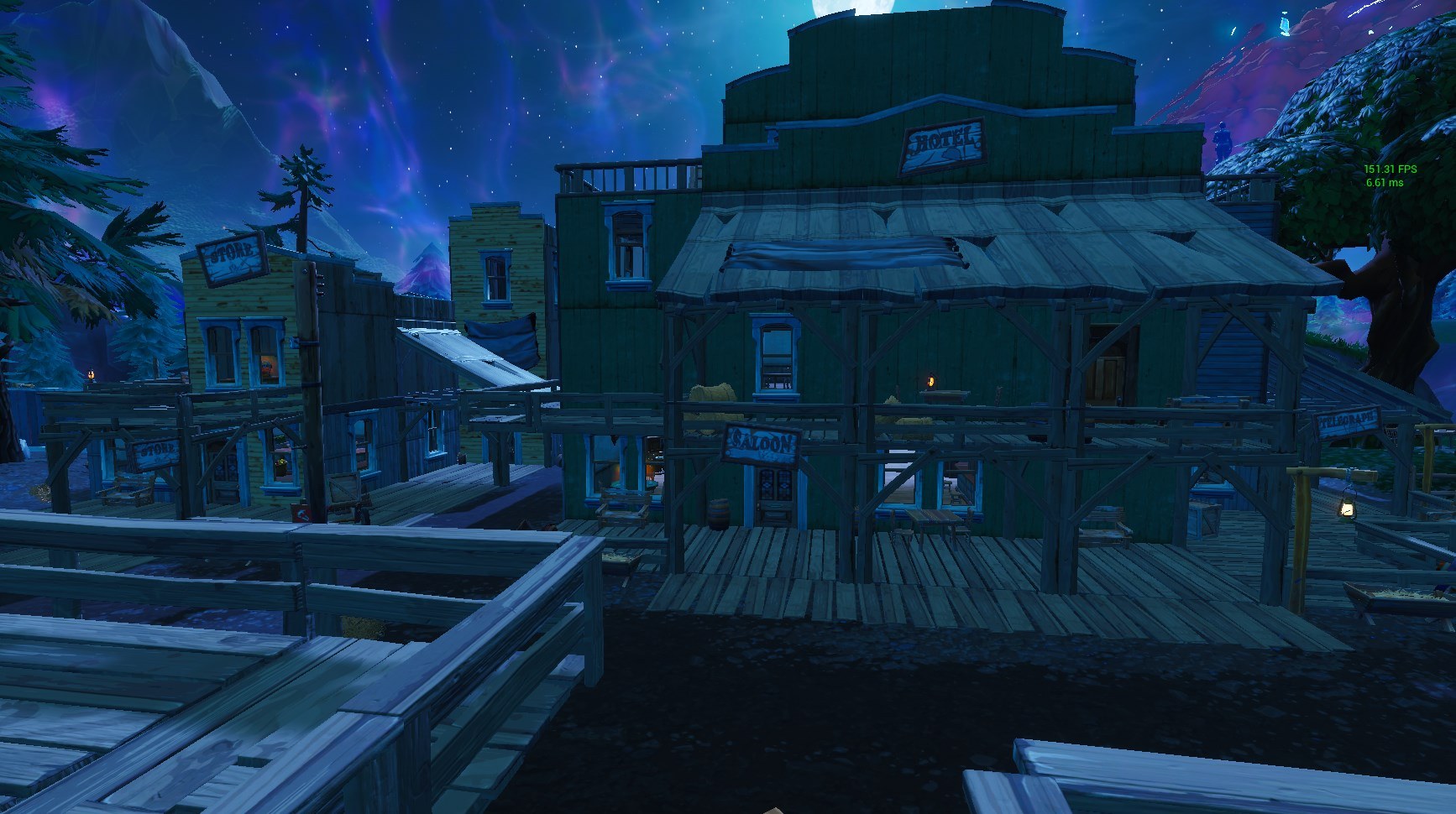 The hotel is the biggest building in Tilted Town.

Beside it sits a smaller store, while across the street a large new red-wood building, which looks a lot like the barn found at Fatal Fields has been turned into a bank. 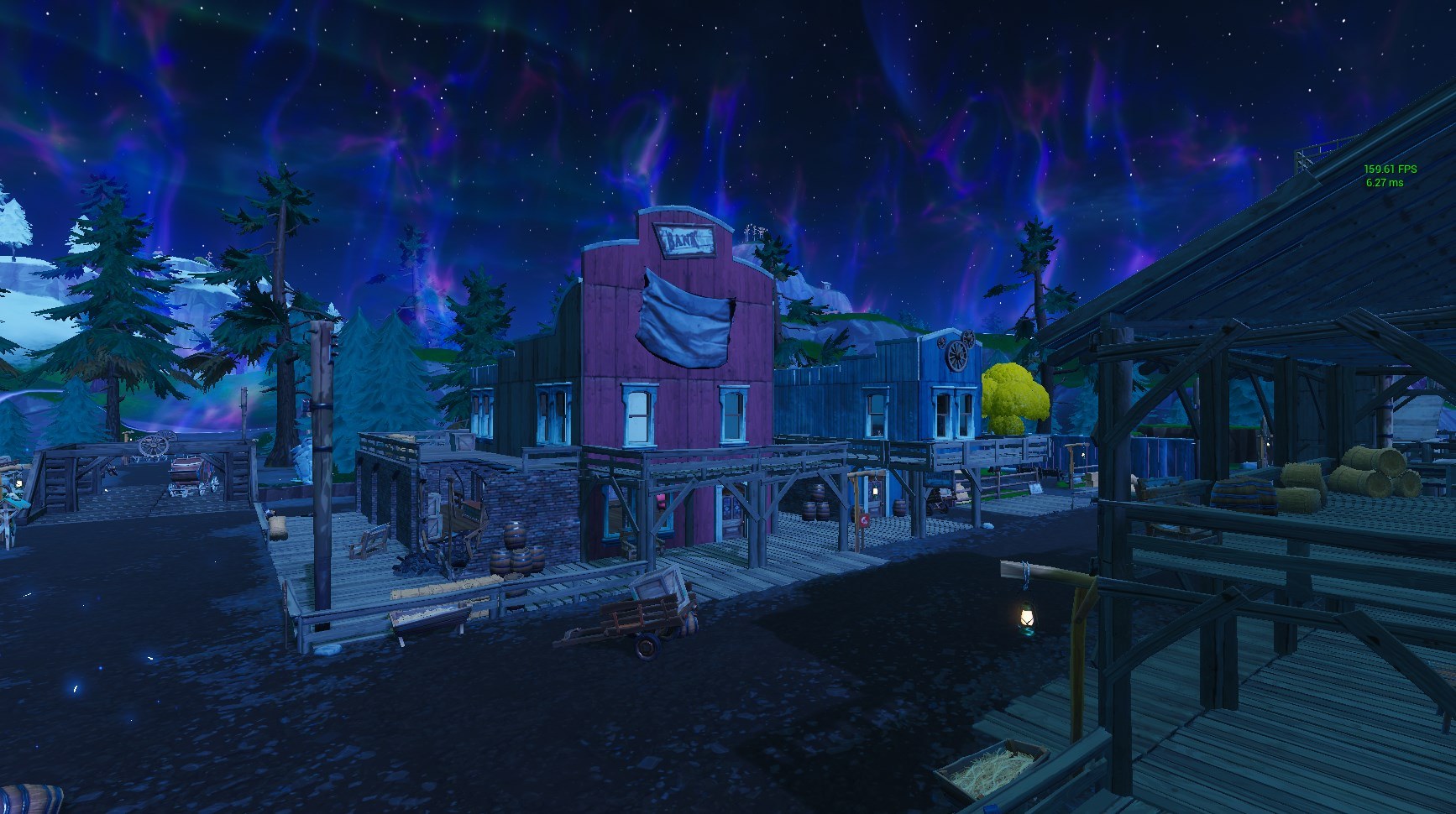 The bank sits opposite of the hotel.
[ad name=”article4″]

For fans of the original Tilted Towers, the legendary clocktower which has been a part of the point-of-interest from its inception is back, but perhaps not how many would have expected.

Unlike in previous iterations of the city, the clocktower is still under construction in Tilted Town, with scaffolding surrounding it as they continue to work on the new building. Thankfully, the clocks have been brought to the location, but you’ll have to wait and see if work is finished on the site before Tilted Town disappears again. 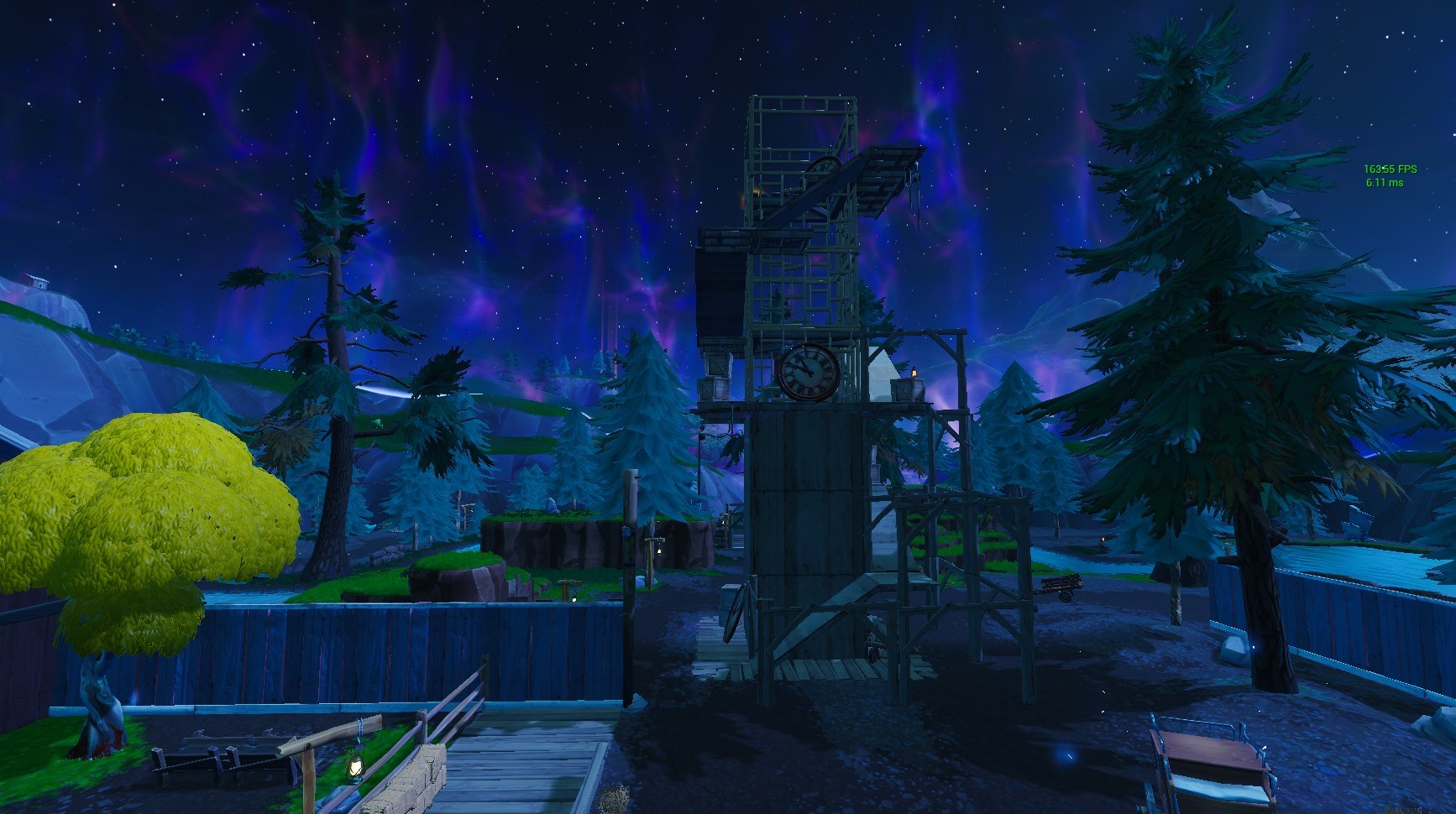 The clock tower is back in Tilted Town.

The underpass in the city has also been redesigned, with the road underneath turned into a river, while a wooden bridge allows players to cross from one side of Tilted Town to the other. 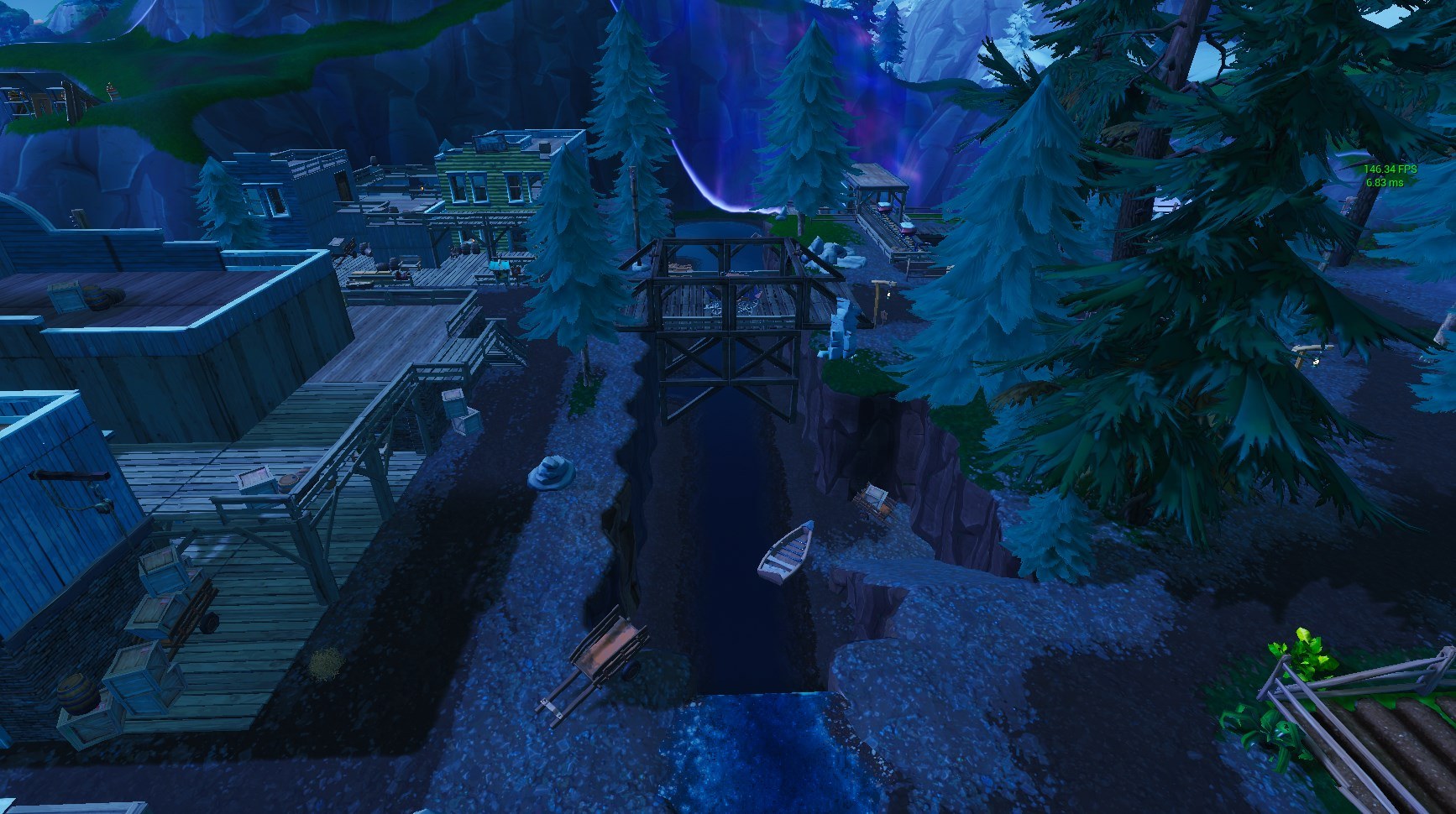 A bridge joined both sides of Tilted Town together.

Players can visit the new Tilted Town location right now, but be warned, the protective shield does force you to play the game differently than you’ve ever done so before.

That’s because anyone who enters Tilted Town won’t be able to harvest material or build, so you’ll have to rely on your gun skills to make it out of the western location alive.