The first in-game teasers for v10.20 Update, when files that showed a balloon, alongside various audio clips, were discovered hidden inside the patch.

Now, the items have finally made it into the game, and are already providing some creepy clues as to what we can expect going forward. 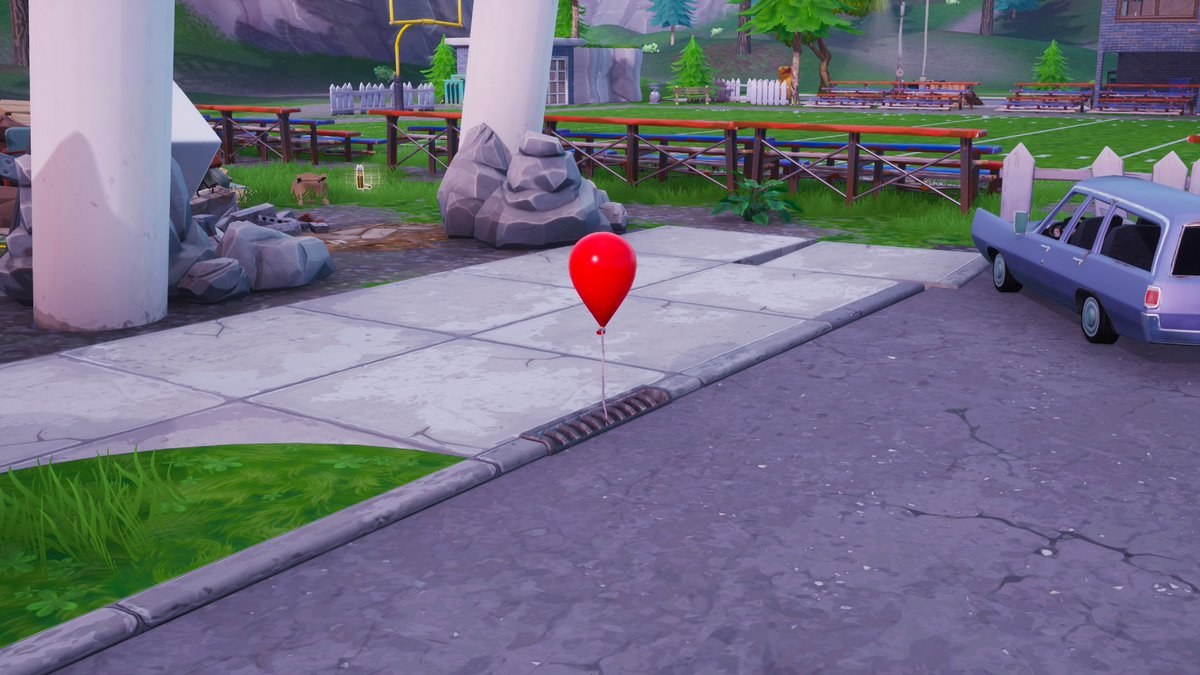 A red balloon is one of the trademark props from the IT franchise, which Pennywise the Dancing Clown uses to lure his victims to their demise. In the leaked files it was labeled as pink, perhaps in an attempt to misdirect players, but it has taken on its scarlet hue now that it can be found in Pleasant Park.

Once you pop the balloon, the signature laugh of Pennywise can be heard echoing out of the grating, much like in the movies, implying that he may be hiding just underneath the popular Fortnite location, biding his time.

What the collaboration will have in store for fans of the popular battle royale game going forward remains to be seen, but it’s unlikely that we have heard the last of Pennywise in Fortnite.

With previous movie-themed events like with John Wick, the game has released special challenges that reward players with cosmetic items based off the film, or have added special Limited-Time Modes, as they did with the Avengers franchise ahead of Endgame.

IT: Chapter Two releases on Friday, September 6, so we can expect to see the next stage of the creepy event unfold in the near future.