No one with a big presence on social media wants to go through the hassle and humiliation of getting their accounts hacked.

Sometime during the day, waves of tweets began appearing on Tfue’s Twitter page, and it became quickly apparent that he had lost control of his Twitter account

The tweets were full of malicious language and hate speech, some of them were even directed at other big-name content creators such as Ninja, Myth, and KEEMSTAR. 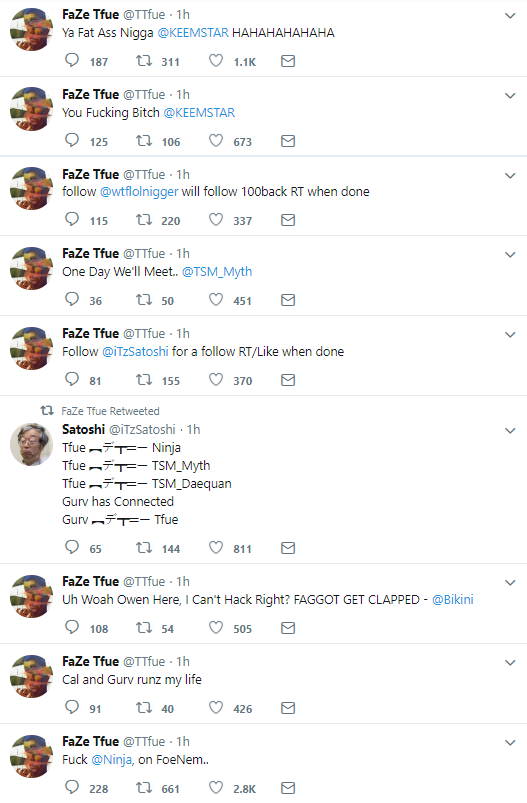 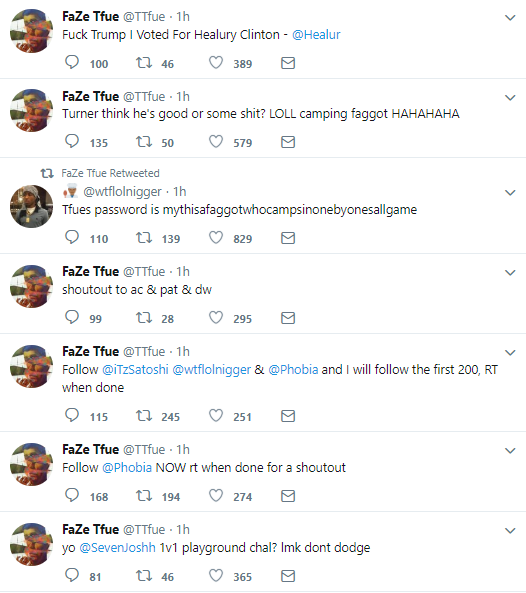 The design of his Twitter page was also completely changed, with his profile picture and header switched out for completely random images.

Tfue’s Twitter was not the only thing that the hacker got access to; further tweets began popping up indicating that his Twitch and YouTube accounts had also been jeopardized. 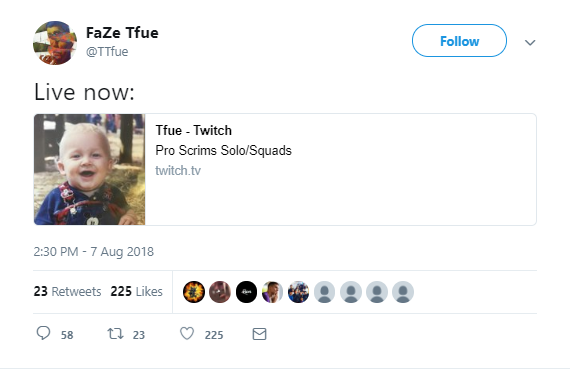 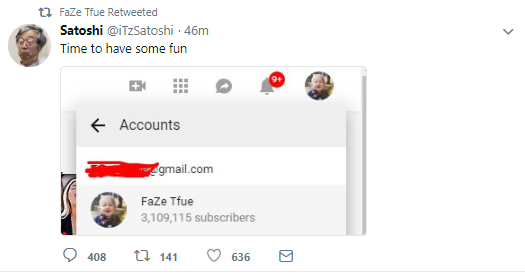 In fact, the hacked eventually did indeed go live on Tfue’s Twitch channel, streaming Fortnite straight from a Playstation 4 console.

Despite knowing that the streamer had gotten hacked, thousands of viewers were compelled by their curiosity to tune in and watch the very short stream.

There was also a short, lewd video posted on Tfue’s YouTube channel that presumably either has been or will soon be taken down.

Unfortunately, due to the inappropriate content that the video contains, we are unable to include it as part of this article. 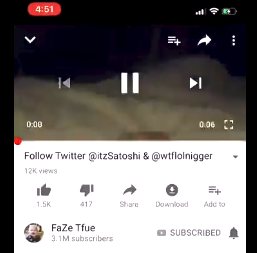 At the time of writing, Tfue’s social media channels all remain hacked and all of the content posted by the hackers has not been yet taken down.

We will update this article with more information as it becomes available.